Top Things to See and Do in Milos Island, Greece 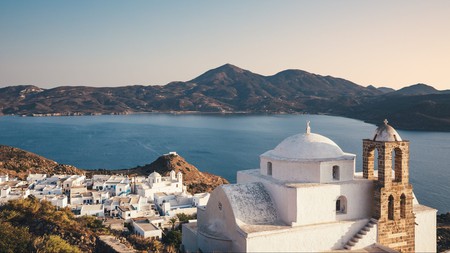 Milos is a small volcanic island in the Cyclades archipelago. Discover white-washed villages, fishing ports and beautiful churches, and can catch some of the most amazing sunsets and sunrises in the Mediterranean. With over 40 exotic beaches and year-round sunshine, you will definitely be coming home with a tan.

Named after a small chapel that overlooks the bay, this beach was virtually unknown until the crew of the film Shirley Valentine arrived here in 1989, thrusting it into the spotlight. It can be reached by bus or car, or you can walk along the shoreline from Ornos Beach. With views of blue ocean and white, sugar-cube-shaped buildings clinging to mountains, it’s no wonder that this bay is popular with couples and families. It’s also a great spot to watch the sunset. 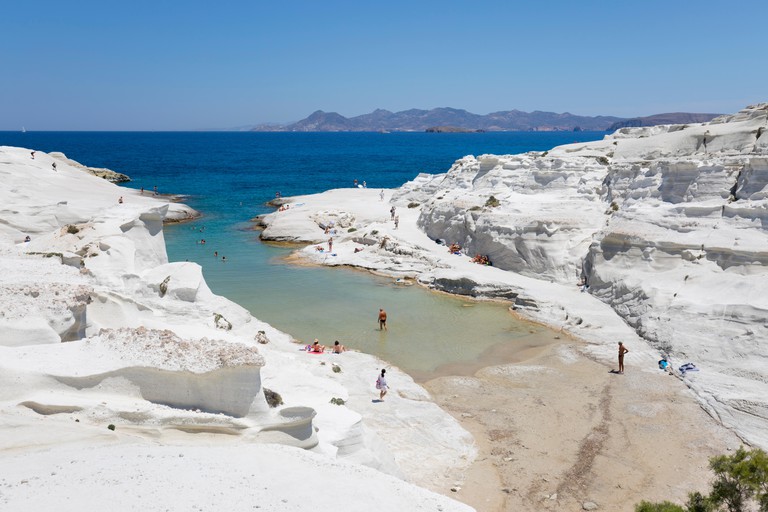 © Stuart Black / Alamy
According to local legend, locals unwittingly rescued pirates who were shipwrecked on Sarakiniko Beach and helped them rebuild their ship; they even invited them to a local wedding. However, the pirates’ treacherous plan to rob everyone at the wedding was overturned when they were trumped by the townsmen and thrown off one of the white volcanic cliffs into the deep sea. This is now a popular spot for cliff jumping – if you dare.

Ruins
Facebook
Email
Twitter
Pinterest
Copy link
Share
Visiting graves on holiday may not be your first choice of activity, but the Catacombs of Milos are a natural phenomenon. Discovered in 1844, it is estimated that they were built towards the end of the 1st century; remarkably, they are still decorated with remnants of the original jewels and pictures. Designed as labyrinths so that the Romans could get lost in them and protect the bodies from their enemies, each atrium decreases in height as you reach the death chamber. 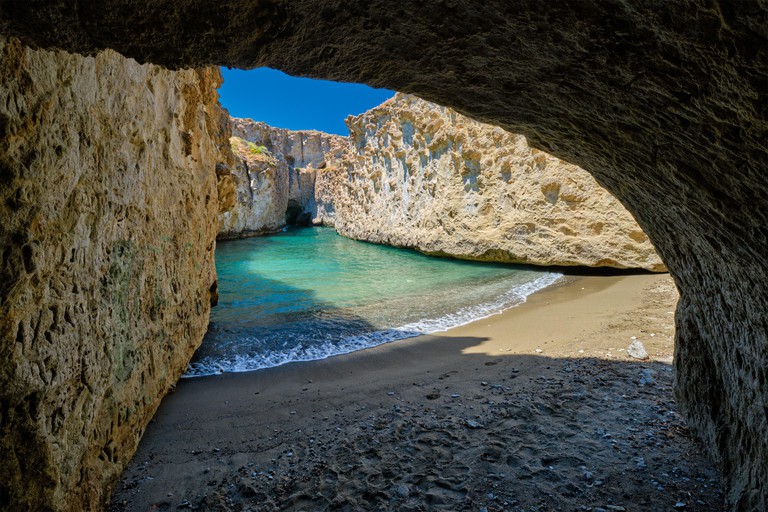 Daredevils flock to Papafragas Beach and Caves, which, from above, resemble an enormous natural swimming pool. A precarious path cut from the cliff leads down to the strip of sand that forms the beach. Wade through the shallow waters, or swim out through a natural arch around the headland to discover the hidden treasure of an idyllic, sheltered blue pool, where you can jump off rocks, an abundance of sea caves and secluded coves.

Plaka, the sprawling capital city of Milos, was founded in 1800 and sits 220m (722ft) above sea level. Its main draw is the magnificent view of the Gulf of Milos, but the city is filled with history. Check out the folklore and sand museums, and enjoy meandering through the narrow streets, admiring the whitewashed houses and flower-filled trellises. If you’re feeling energetic, there are several interesting churches to visit, along with castle ruins from the German occupation during WWII. 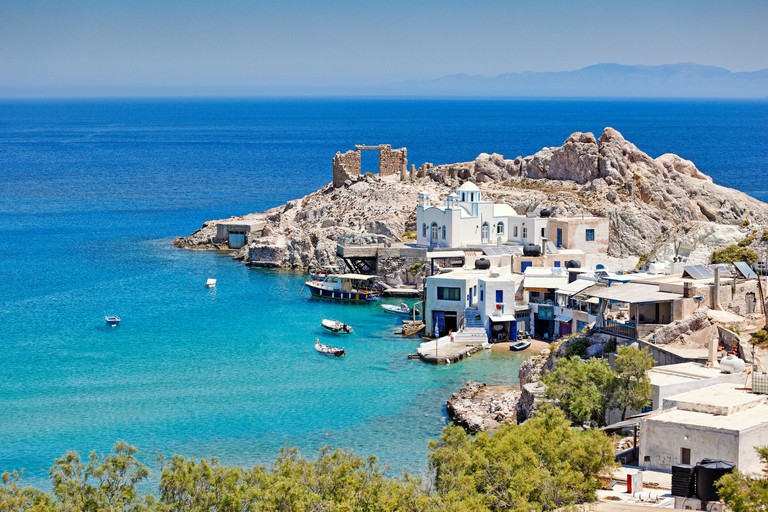 This picturesque fishermen’s village is 2km (1.2mi) from Plaka, past the quarry and the populated town of Triovasalos. This simple village is made up of a handful of traditional white cottages, which stand out in stark contrast to the blue sky and turquoise sea. It’s no wonder that it is getting a reputation among kayakers, who come from further afield to admire the pristine, untouched scenery.

Come to Klima to ogle the boathouses, shop for local crafts or have a paddle. The multi-coloured, traditional syrmatas, or fishermen’s houses, are very photogenic – come at golden hour to catch a magnificent sunset over the bay, which complements the vibrant hues of the paintwork. Please note that, if you come by bus, the village is at the bottom of a winding road starting from the village of Trypiti; it’s a 30-minute trek down, and even longer to walk back up. 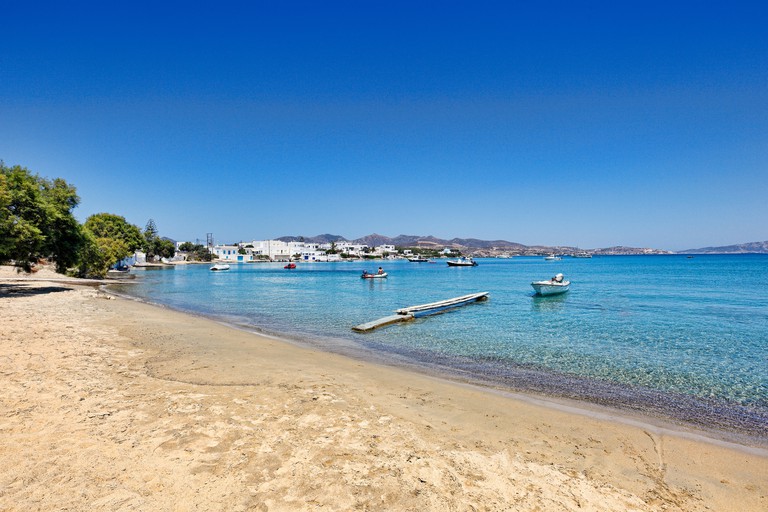 Known for its long, sandy shoreline and shady trees, Pallonia is pretty secluded. There’s a diving school and the only official winery on Milos island – family-run Kostantakis Cave Winery, which offers local wine tastings in its converted cave cellar. St Nicholas Church, on the hilltop, has amazing panoramic views of the sunrise and offers a view of Poseidon’s Throne – a natural geothermic rock formation, which opens up towards the sea.

To explore more of Greece, check out the best boutique hotels in Santorini and the best hotels in Astypalea. These are bookable with Culture Trip. During your stay, explore the best things to do in Oia, and relax on the best beaches near Athens. Make sure you also have a drink at one of the best restaurants in Syros to sample some delicious Greek cuisine.

This is an updated rewrite of an article by Ioanna Sakellaraki.