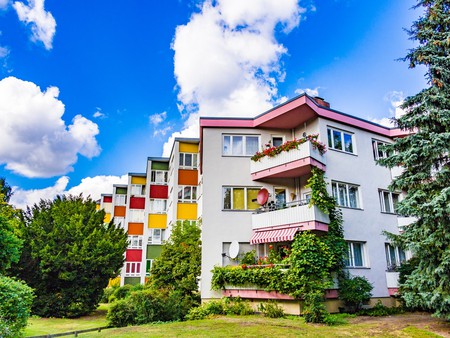 Architecture buffs are probably among the few people who know the Berlin Modernism Housing Estates. The ensemble of six subsidized housing blocks from the early 20th century are listed as a UNESCO World Heritage Site. Dotted around the city, they date back to the Weimar Republic, between 1919-1933, an illustrious and socially, politically and culturally progressive time for Berlin. While housing estates aren’t exactly what comes to mind when one thinks of a World Heritage Site, these Berlin blocks got their UNESCO seal of approval for their architectural brilliance. Welcome to Berlin’s forgotten UNESCO World Heritage Site.

What makes these housing estates so special

Bruno Taut, Martin Wagner and Walter Gropius were some of the leading architects of these projects, which have had considerable influence on the development of housing around the world. They remain examples of new urban and architectural typologies, featuring fresh design solutions, as well as technical and aesthetic innovation. Six estates in total, they remain a cultural and architectural touchstone for Germany’s innovative spirit. 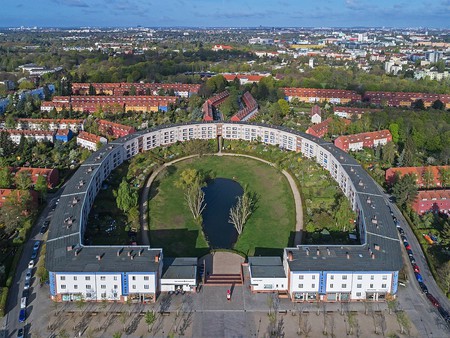 Aerial view of the ‘Horseshoe Block’ in Berlin | © A.Savin/ WikiCommons

Großsiedlung Britz, or Horseshoe Estate, in Berlin was built in 1925-1933 and was designed by architect Bruno Taut, with Martin Wagner. In July 2008, it was awarded UNESCO World Heritage status as one of the six Modernist estates. Since 2010, it has also been listed as a garden monument and is one of the most outstanding examples of innovative German town planning during the 1920s. 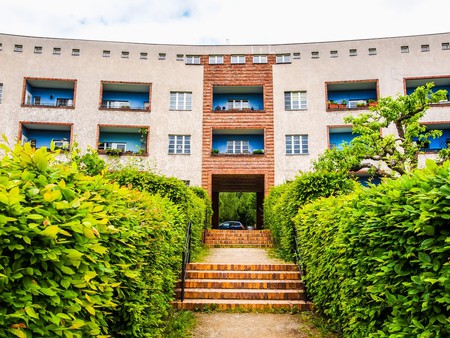 Gartenstadt Falkenberg, also known as the Paintbox Housing Estate, was also designed by architect Bruno Taut. Basing his design concept on the English urban planning notion of communities with self-contained gardens, known as ‘green-belts’. As such, some of the houses are grouped around an acacia courtyard. Apart from the lush garden space, the estate’s colour scheme is also eye-catching, with contrasting design details and façades enhanced with windows, shutters or balconies. Located in Treptower, there are roughly 128 houses on the estate and most are single-family houses. 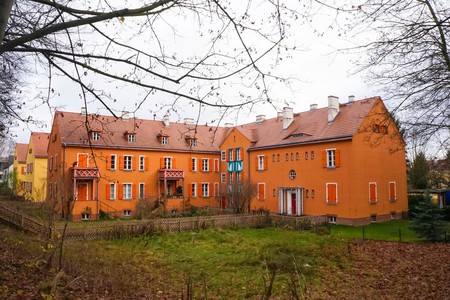 Wohnstadt Carl Legien was planned by Bruno Taut and Franz Hillinger and built during 1928 and 1930. Deriving its name from the then labour leader Carl Legien, the large housing estate is located in Berlin’s Prenzlauer Berg district. Taut and Hillinger designed the settlement to consist of six elongated U-shaped blocks of flats, each grouped around leafy courtyards to achieve a greener housing development. 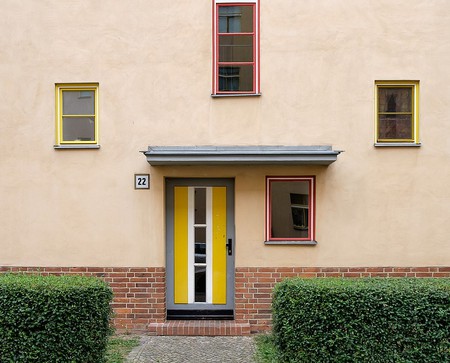 Located in Reinickendorf, Weiße Stadt was designed by architects Otto Rudolf Salvisberg, Bruno Ahrends and Wilhelm Büning. The estate is divided into three sections, all characterised by the open structure and plenty of green space and the white walls of the buildings. This project is particularly noteworthy for its high standard of infrastructure for the time it was built; it included 24 amenities including shops, nurseries, and doctor’s practices. 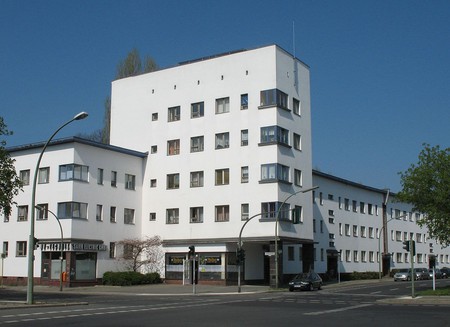 Located in Berlin’s up-and-coming cool kiez, Wedding, Siedlung Schillerpark, designed by Bruno Taut was built between 1924 and 1930. This housing estate derives its name from the nearby parkland, Schillerpark, which was the first public green space in Berlin. Following the example of modern baked brick-architecture of Holland, Taut based the design on the red-brick houses famous in this region. 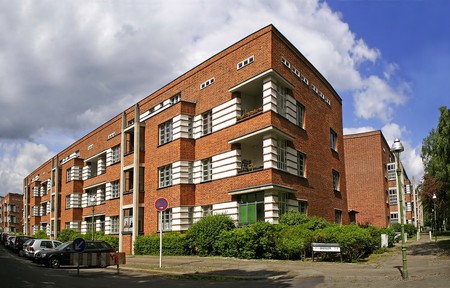 Stretching from the Berlin neighbourhoods of Spandau to Charlottenburg, Großsiedlung Siemensstadt was designed by a group of six architects including Walter Gropius and Otto Bartning. Each architect on the project designed an individual row of houses, to create variety in the overall image and forms. Drawing on these complexities and ensuring sunlight was a key factor, created a unique housing estate that is still standing today. 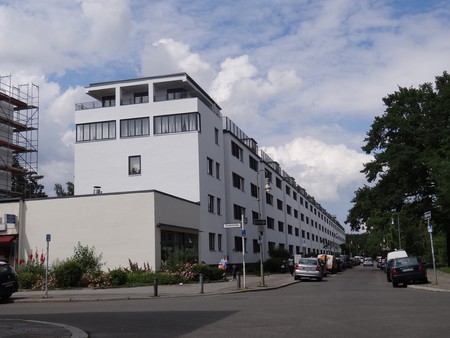