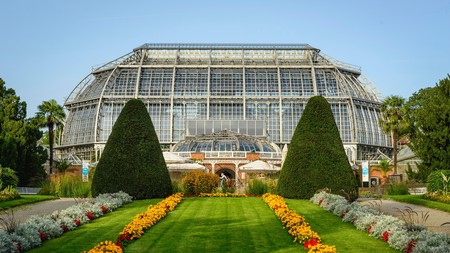 It’s difficult to know how to make the most of your time in Berlin, so we’ve created the ultimate guide for people wanting to explore the German capital by Berliner Verkehrsbetriebe (BVG) transport. All for the price of a day ticket, here is a list of the best parks, pools and gardens around Berlin. 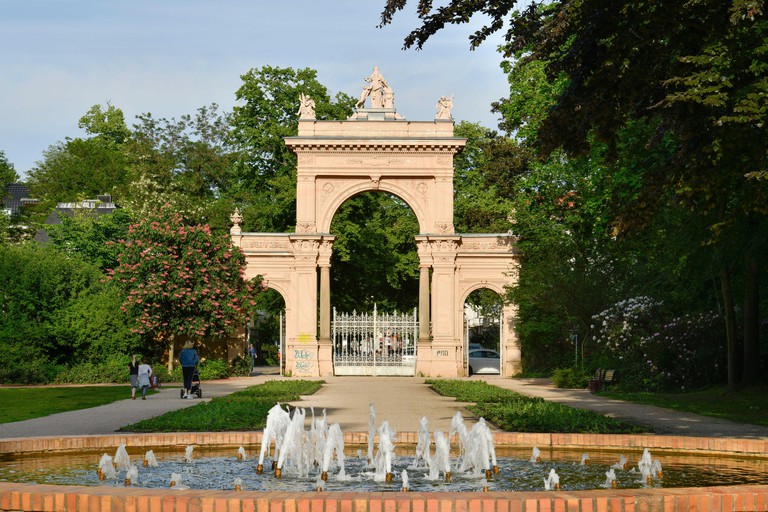 © Schoening / Alamy Stock Photo
The Bürgerpark is a 12-hectare (30-acre) park in Berlin-Pankow. It was designed in 1856 as a private park, but has been open to the public since 1907. The park withstood the regime changes of the Weimar Republic, the Second World War and the DDR, and is still flourishing today. Leave behind the crowded, noisy metropolis at the main entrance gate on Wilhelm-Kuhr-Straße, and enter the peaceful sanctuary of Bürgerpark. Inside the park, there is also a café selling baked cakes and German culinary specialties. 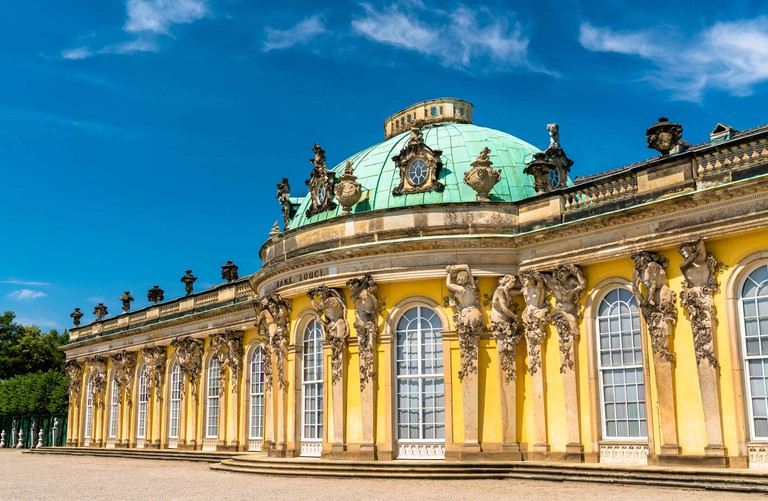 © Leonid Andronov / Alamy Stock Photo
This amazing castle is a UNESCO World Heritage site and has been called the Prussian Versailles. Built in the Rococo style, Schloss Sanssouci was constructed for the Prussian King Frederick II between 1745 and 1747. Literally meaning a “castle without a care” in French, it was the castle to which he retired as a refuge from his daily stresses. He was so connected to this place that he wanted to be buried here, and in 1991 his wish finally became true. His grave can be found in the highest terrace of the castle. The castle serves as a reflection on the connection between man and nature. It is situated on a little hill and is surrounded by fields on all sides.

Forest, Natural Feature
Facebook
Email
Twitter
Pinterest
Copy link
Share
Map View
These three lakes are worth heading out of town to see at any time of the year. Wannsee and Schlachtensee belong to the neighbourhood of Stegliz-Zehlendorf, and the Großer Müggelsee can be found in the area of Treptow-Koepenick. The countryside and quality of the water for summer swimming make these some of Berlin’s best close-by destinations. When the weather picks up and the sun comes out, thousands flock to these lakes for bathing, relaxing and picnics.

Forest, Museum
Facebook
Email
Twitter
Pinterest
Copy link
Share
Map View
The Grunewald, or ‘green forest’, is the biggest in Berlin. It is made up of 3,000 hectares (7,400 acres) of land, much of which is protected by law. Within the sprawling expanses of the park, there are various species of rare birds and trees, and many lakes and ponds. This may be the easiest escape from the city as it is still within the city itself.

Forest, Park
Facebook
Email
Twitter
Pinterest
Copy link
Share
Map View
Another pleasant forest can be found in the neighbourhood of Reinickendorf, next to Tegeler Lake. It is not as large, but for lovers of the outdoors and green environments, the Tegeler Forest is a place of beauty. There is a park for kids within it where children can be booked in to have playgroups, and nights in the bungalow in the park can be arranged as well.

Resort
View Rooms
Just 60km (37mi) from Berlin, Tropical Islands is the largest tropical holiday environment in Europe and possibly the most unique. It was originally an airship hangar of huge dimensions: 360m (1,200ft) long, 210m (690ft) large and 107m (351ft) high. In its stead, there now sits a gleaming beach with a tropical climate and water lapping at its shores. In fact, the temperature is constantly maintained at 26C (79F) degrees with a humidity of 64% to give the sensation of a tropical paradise. It is no surprise that this amazing construction attracts thousands of Europeans wishing to escape their cold winters every year. As if that weren’t enough, it is open 24/7, and rooms can be booked for an extended stay.
More info

Park
Facebook
Email
Twitter
Pinterest
Copy link
Share
Map View
The Natur-Park Südgelände is an 18-hectare (44-acre) park found in Berlin-Schöneberg. It is actually an old rail station, renovated as a green and creative space. Inside, you can find the remains of old steam trains as well as new installations by artists. Recognised as part of the EXPO Project 2000, it is a thrilling mixture of technology, nature and art. 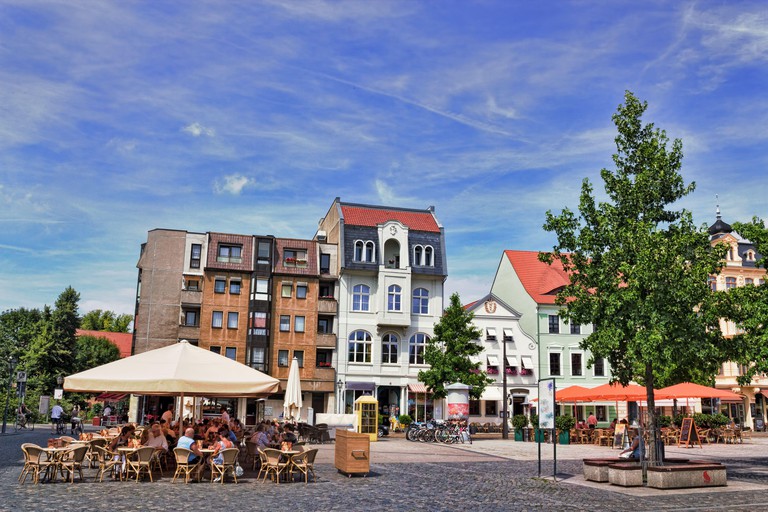 © Zoonar GmbH / Alamy Stock Photo
Located to the south-east of Berlin, Cottbus is a city in the region of Brandenburg. It is a small place with plenty of charm. The park of Branitz, built in the style of English gardens, is definitely worth a visit. In addition, not very far from there are the Rhododendron Park in Kromlau and the Rakotzbrücke, a bridge that reflects in the river creating a perfect circle. They are both well worth the trip, and winter is the prime time to visit.

Park
Facebook
Email
Twitter
Pinterest
Copy link
Share
Map View
Another way to feel like you have escaped the city without actually leaving it is to pay a visit to Treptower Park. With an area of 88 hectares (217 acres), it is one of the largest green areas in the eastern part of Berlin. The park extends to the shores of Berlin’s Spree River and its numerous restaurants and bars. Additionally, there is an island in the park, Insel der Jugend (the island of youth), connected to the land by a bridge, the Abteibrücke, which was built in 1916 by prisoners of war. The famous Soviet War Memorial can also be found in Treptower Park.

The Botanical Garden and Botanical Museum of Berlin is one of the most important in the world. It’s also the largest in Europe. It covers 43 hectares (106 acres) and contains more than 22,000 different species of plants. It was built between 1897 and 1910 under the guidance of architect Adolf Engler in order to present exotic plants brought back from the German colonies. It is now part of the Freie Universität of Berlin. It contains one of the biggest greenhouses in the world, the Große Tropenhaus, where thanks to a controlled climate you can see all manner of rare species. Next to the garden is the museum, which includes the Herbarium Berolinense, a very important collection of plants and a specialised library.