Then and Now: Can You Recognise Berlin from These Photographs? 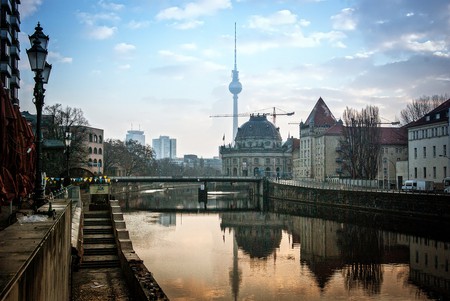 Berlin will never quite be complete; instead it continuously morphs its form. Here are some photographs of Berlin through its many phases of development, juxtaposed with recent photographs of today’s city. What has changed, and what has stayed the same?

Berlin has been through a lot, much more than most others cities can attest to. It has seen two World Wars, a fascist regime, a war of ideology that saw a great big Wall divide the city in half; the city has been defeated and rebuilt over and over again. Each day, new stories are built on top of old histories, adding new dimensions to a city in constant change and eternal becoming. 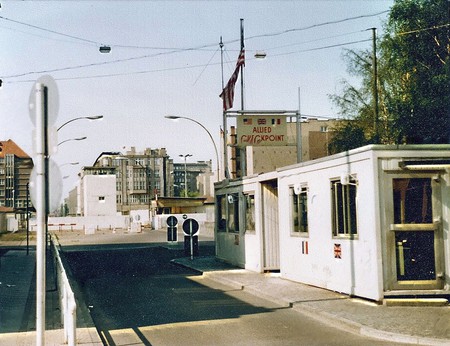 Then | © Lyricmac at en.wikipedia/ Wikimedia Commons 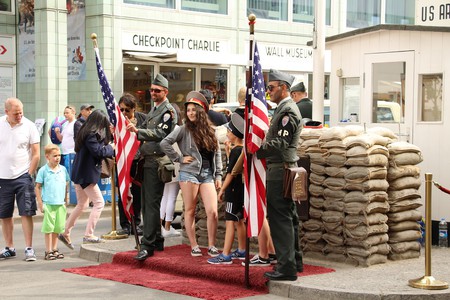 A desolate Brandenburg Gate, shown from East Berlin in 1987 with the Wall still in front of it, compared to a modern view of Berlin’s most iconic landmark captured in 2016. 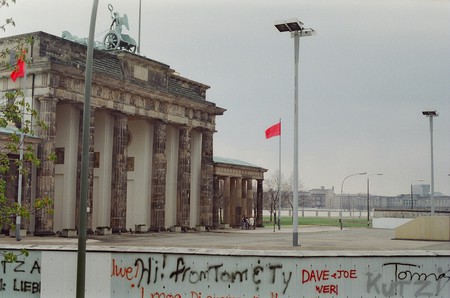 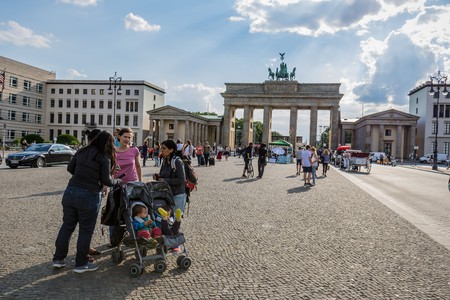 Today, modern, flashy buildings like the Sony Centre and enormous skyscrapers make Potsdamer Platz Berlin’s equivalent of Times Square. However, the first image shows a more stark picture over the square which was taken from the Berlin Wall. 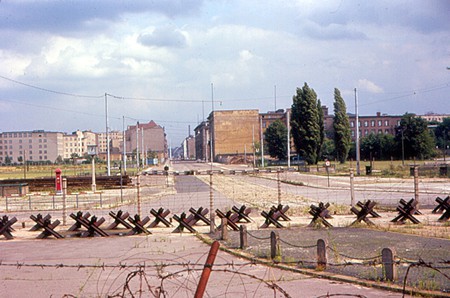 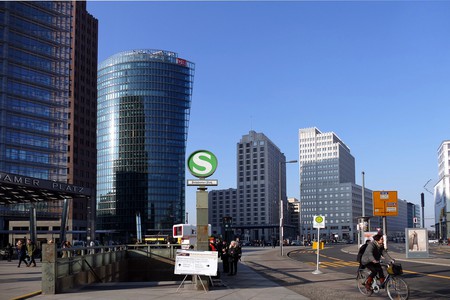 The first image was taken in 1990, just after the restrictions of the Wall were lifted. The second is a scene of the remnants of the Wall, in what has today become East Side Gallery. The graffiti-covered wall, with cranes in the background that give insight to Berlin’s rapid residential and commercial development. 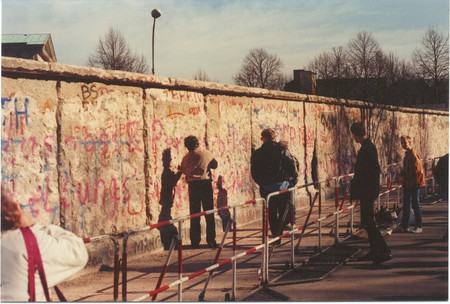 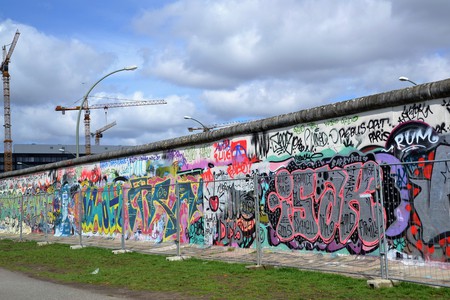 The BVG is Berlin’s beloved underground and railway system. The first image in East Berlin is of the now defunct orange tram on line 84, taken in 1990, compared with today’s modern yellow trams of Berlin captured in 2016. 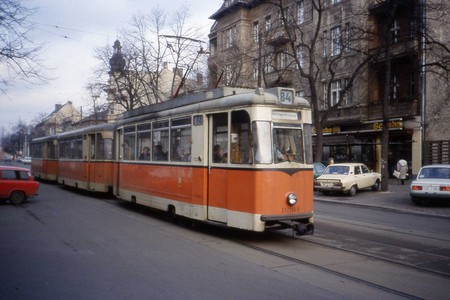 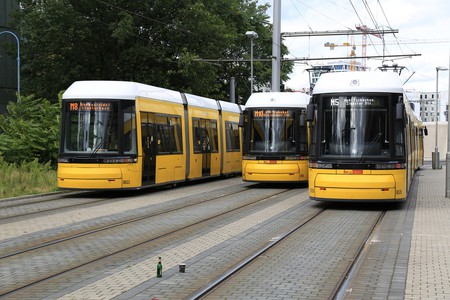 The Altes Museum (Old Museum) is one of five museums that form part of the UNESCO heritage site at Museum Island. The museum was built between 1825 and 1828 and after being crippled by war, it began restoration in 1966. The first image is undated, although you can see the difference in landscaping around the museum from the second image taken in 2014. 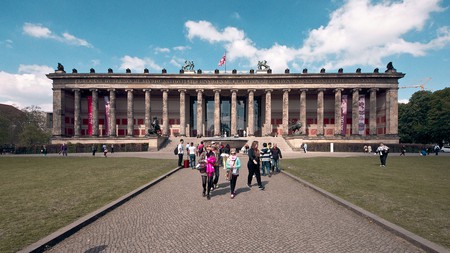