Behind Berlin's Most Famous Landmarks 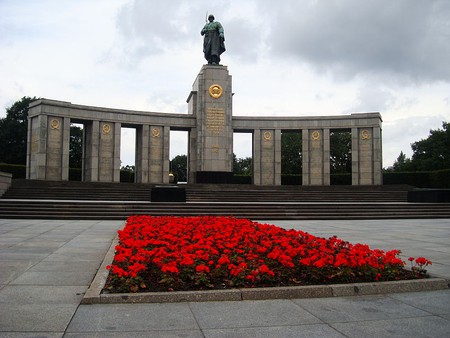 Everywhere you look, Berlin is full of landmarks and historical sites. Many incite wonder and amazement as well as an urge to reach into one’s pocket, pull out a smartphone and try to capture the next cooler and crazier selfie, where history or the back story is essentially pushed into the background. Berlin’s stories need to be heard because there is no shortage of wonder in the pages of history. Join us as we explore the lesser-known stories of some of Berlin’s most popular landmarks.

The Wall enclosed West Berlin which stood like an island in East Germany until its collapse in 1989. Parts of the remains are still visible in the form of The East Side Gallery, a 1.3 kilometer stretch of the Wall that brought together as many as 102 artists from 21 countries which transformed the bleak remains to a colorful display of humanity and affection. The East Side Gallery now attracts millions of visitors every year who are seldom aware of the stories of terror the Wall had seen during its existence from 1961 to 1989. As many as 140 people died or were killed trying to cross the Wall escaping into West Berlin. 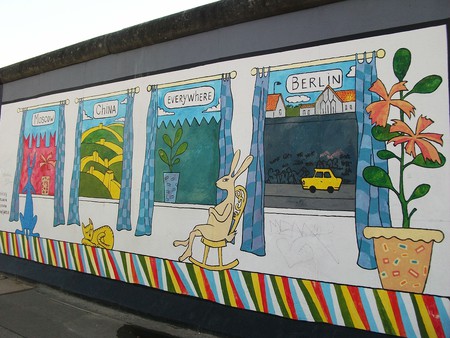 The Berliner Fernsehturm attracts over one million visitors every year, who often stand in long lines to get a chance to access its 360° panoramic deck to view Berlin from a 207m height. Many though are oblivious to the fact that the Tower was constructed to symbolize the German Democratic Republic (GDR)’s ‘alleged’ glory and prosperity. Having been built to serve the original purpose of broadcasting television signals, the Tower’s globe was intended to be colored the crimson red of the Communist Party. 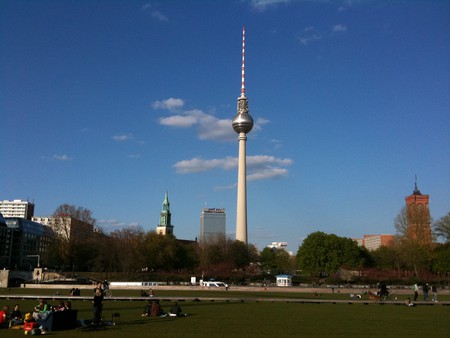 The oldest and the best-known zoo in Germany is now home to more than 1,500 animal species, resulting in a staggering number of nearly 21,000 animals held in captivity. Like many of Berlin sites, the Zoo fell victim to bombing by the Allies during World War Two and out of its 3,715 animals at the time, only 91 remained by the end of the war. Though many had died during the bombardment, a good number were plundered and eaten by Berliners themselves when a serious shortage of supplies had struck the war and famine-ravished city. 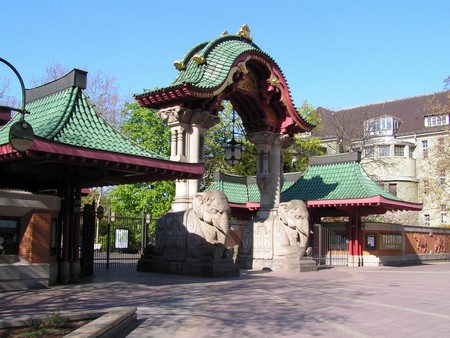 The seat of Germany’s parliament, the Reichstag building fell victim to an ‘alleged’ arson attack four weeks after Adolf Hitler was sworn into office. Serving as an incentive for the Nazi Party to push out the Communist delegates out of the picture, the fire became the source of many conspiracy theories for the years to come. A popular one indicates the arson as a false flag operation masterminded by the Nazis themselves to solidify their power status. The building became functional as the seat of the Bundestag only in 1999, well after the Reunification in 1990. 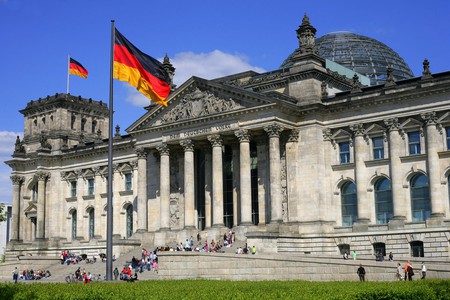 In combination with the TV Tower, the World Clock on Alexanderplatz have become popular motifs for Berlin visitors and an easy-to-spot meeting point for both tourists and Berliners. Though popularly known only as The World Clock, its complete name is actually Urania World Clock. The name is rooted in an Urania column which was found in 1966 during demolition work on Alexanderplatz. It was an old street clock with a built-in weather station – which was built by the former clock factory “Urania”. The clock mechanism is actually a Trabant (dabbed affectionately as ‘Trabi’) automobile gearbox located a few meters below ground in a separate room. 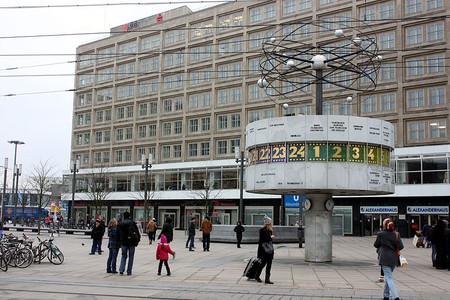 This memorial, which is also known as the Holocaust Memorial, is an ensemble of 2,711 concrete slabs erected in a 19,000 m2 site, a block away from the Brandendurg Gate in Berlin. Based on a design by the Jewish architect Peter Eisenman, the memorial has both evoked criticism and sparked outrage in various circles. While many decry its seemingly too-abstract presentation of the monstrosities inflicted on Jews in Europe, the artist himself has largely refrained from providing any clues into the significance of the giant slabs. One popular interpretation however signals out the resemblance of the site to a cemetery where the uneven ground is the result of years and years of stacking up of the corpses in a small surface area. 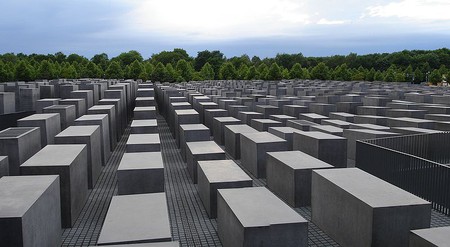 Though this Soviet memorial is not as central as the one in Tiergarten, it still attracts a good number of visitors, especially on Victory in Europe Day (V Day) when thousands flow to the memorial to pay respect to the fallen Russian soldiers in the Battle of Berlin and lay wreaths at the foot of its central monument. This 12m tall statue depicts a Russian soldier holding a German child standing over a broken swastika and commemorates the heroism of Sergeant of Guards Nikolai Masalov who risked his life under heavy German machine-gun fire to rescue a three-year-old German girl.

©Eric T Gunther/WikiCommons
Give us feedback