The One Reason Why Berghain Is So Hard to Get Into 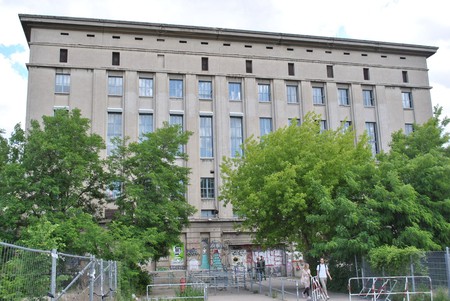 Stone-faced and black-clad, in the dead of winter or shine of summer, the Berghain club kids wait patiently to grace the walls of their techno haven. The hype around this secretive club is only magnified by its no-photos rule and notoriously difficult door policy. The question seems to be on everyone’s lips: ‘How do I get into Berghain?’ So much so, that a ‘How to get into Berghain‘ app, with live queue updates, launched at the European Hackathon, as well as a face-scanning website, Berghain Trainer, that assesses your chances of getting in. While there are certain things that will help you get into the club, the one reason why Berghain is so hard to get into is the culture surrounding it.

Located in a former East German power station, Berghain is infamous for its world-class techno, hedonistic spirit, and now, its high-end club culture. It’s a Berlin institution, and the culture surrounding it has even warranted the club paying a smaller tax usually reserved for concert halls, with a German court ruling in 2016 that the venue is culturally significant. 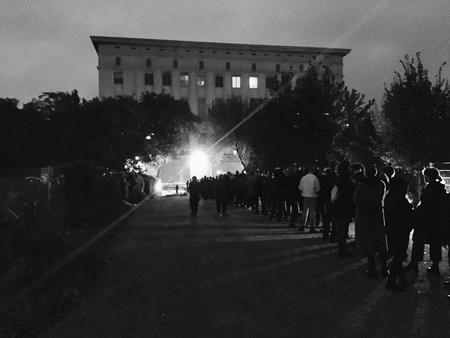 This has cemented the club’s place in Berlin society, but while many think of Berghain as the original, it is actually the reincarnation of the late ’90s to early ’00s wild child club, Ostgut. Starting out as a gay, fetish and techno club, Ostgut shaped the post-Wall clubbing culture in Berlin. Considering this legacy, Berghain had a lot to live up to, and now it’s clear to see it certainly did just this, having shaped and created subcultures of its own. This history and status within Berlin is the driving force behind the club’s difficult door policy and the main reason why Berghain is so hard to get into. Infamous Berghain bouncer, Sven Marquardt, will attest to this, saying he and his men feel responsible for the club. 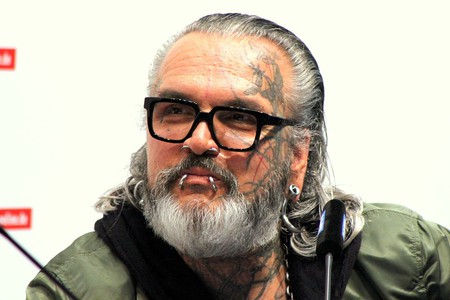 Talking to GQ, Marquardt revealed the story behind Berghain and its door policy, saying ‘It’s subjective. Only a few of my guys are allowed to select guests at the door. They have to understand what Berghain is all about first, and I try to give them that foundation. Beyond that, there are no set rules.’ This is why the rules surrounding how to get into Berghain can seem so contradictory – it all comes down to a feeling.

When launching his memoirs about working for the techno temple, Sven said ‘We also take guys in masks and kilts or Pamela Anderson blondes in run-of-the-mill high-street outfits who tag along with bearded blokes, licking the sweat off each others’ armpits. That, for me, is Berghain.’ Understanding Berghain’s culture makes its door policy far easier to work out – in order to maintain its hedonistic, open-minded and music driven ethos, they have to ensure the clientele fits this. When you’re at the front of the line, the bouncers are trying to work out if you’re there to participate or to awkwardly gawk at its bizarre, fetish and sexual displays. If you’re not sure you should be there, it’ll be written all over your face, and the bouncers will see this and ask you to move along.