The Myth About Berlin's Street Art

Street art is part of Berlin’s urban landscape like the Fernsehturm or the Brandenburger Tor. It may not be noticed intentionally, but when you have a closer look, street art can be spotted everywhere. Whether people see it as ‘art’ or not, Berlin is well known for it. A graffiti piece in Friedrichshain speaks for itself: ‘Berlin without graffiti is Munich.’ 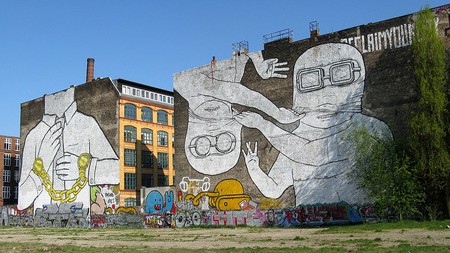 Probably the most known, and definitely treated as an art piece, was the Cuvry Graffiti in Kreuzberg. The artist Blu created it in 2007/2008 for the exhibition project ‘Planet Process,’ which was organized by the Berlin art association to highlight street art. Sadly, the graffiti was blacked out at the end of 2014, as a petition to put the piece of art under monument conservation did not go through. However, it became so famous that galleries like LUMAS made limited-edition prints of Blu’s motif. 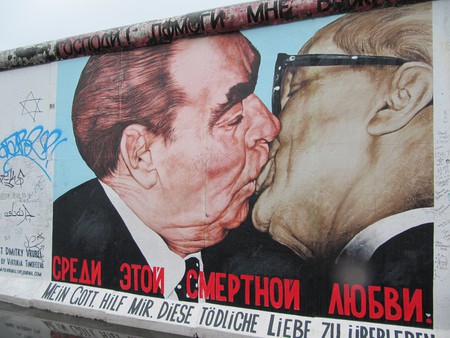 Another famous piece of street art is Mein Gott hilf mir, diese tödliche Liebe zu überleben, created in 1990 on the Berlin Wall by Dmitri Wladimirowitsch Wrubel. It shows Leonid Brezhnev and Erich Honecker, the General Secretary of the Soviet Union and German Democratic Republic, kissing, and it’s a reproduction from a photo taken in 1979 while celebrating the 30-year anniversary of the former DDR. Today, you can still have a look at it at the East Side Gallery. The painting was repainted in 2009 with longer-lasting paint because it had deteriorated due to vandalism and weather conditions. 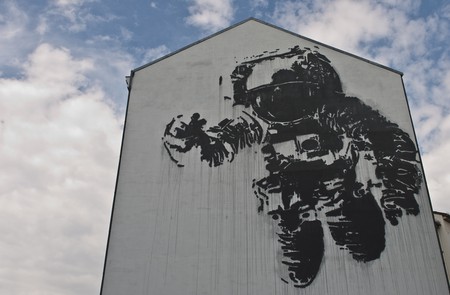 The Astronaut Cosmonaut is a piece by Victor Ash, created in 2007 and located in Kreuzberg. It’s one of the biggest graffiti pieces in Berlin, covering a surface of 22 x 14 meters. The astronaut stands for the Cold War and the Space Race between the Soviet Union and the United States.

‘So I made the astronaut in relation to the space race between America and the USSR, to the idea of fighting for something that isn’t with soldiers, that isn’t here on Earth—it’s in another dimension.’ — Victor Ash, 2011 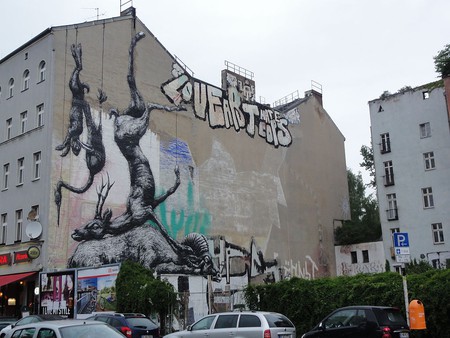 Besides these well-known street art, you will find a lot more intriguing pieces on a walk through Friedrichshain and, especially, Kreuzberg.