The History Of The Maxim Gorki Theater In 1 Minute 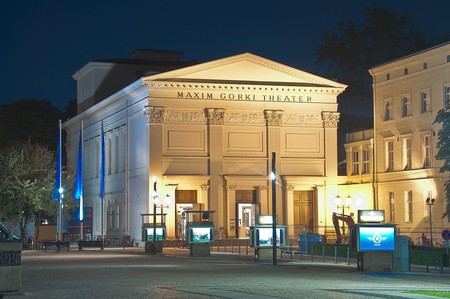 The Maxim Gorki Theater, like a lot of historically significant buildings in Germany, has roots in the GDR. It was the municipal theater of East Berlin that was founded in 1952 to put on contemporary productions. With an address on the main boulevard Unter den Linden, this artistic infrastructure is quite literally in the heart of Berlin.

As a result of a dispute in 1952, the Gorki Theater was established as a place for the care of Russian and Soviet theater art. Under its first director, the Stanislavsky student Maxim Vallentin, the theater committed itself to socialist realism. This came following a dispute around form in response to Brecht’s Epic Theatre in Berliner Ensemble theater in Mitte. The theater was intended to be opened under the name Maxim Gorky’s The Lower Depths, but this was prevented by the State Art Commission. Instead, the Maxim Gorki Theater opened on October 30, 1952, with the German premiere of the Soviet piece Für die auf See by Boris Lavrenev. 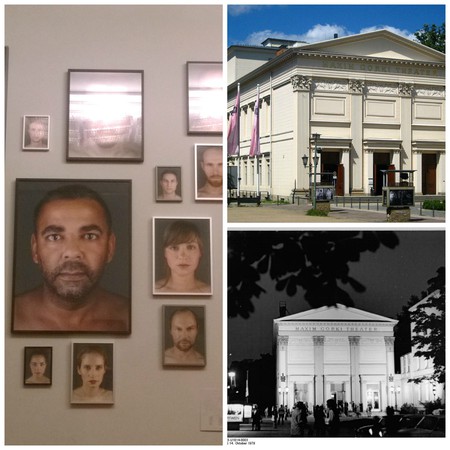 In the so-called cultural thaw in the late 1950s came (even in the wake of riots in East Germany, Poland and Hungary) performances of such pieces as Alfred Matusches’ Nude Grass and Heiner Müller’s Correction and The Lohndrücker. In the late 1980s, the East German premiere of Volker Braun proved to be a controversial choice, despite the ostensibly improved conditions between east and west. The Transitional Society, directed by Thomas Langhoff at the Gorki in 1988, was seen as farewell to the social conditions in the GDR.

Today, the theater is as likely a stage for local dance and student theater as it is for performances from Soviet writers. The theater seeks to balance the classic Soviet pieces on which the theater was founded with contemporary art and music from Berlin and beyond. In many ways, Gorki represents a unique spot in the city’s storied history.