The History Of The Berlin Victory Column In 1 Minute 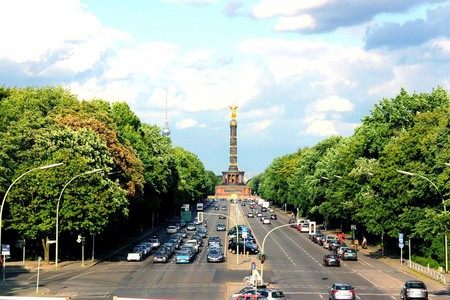 The Berlin Victory Column, or the Siegessäule, is one of the most iconic monuments to dot the Berlin landscape. In addition to the Fernsehturm or Molecule Man sculpture, the Victory Column is the piece of integral architecture that has become the focal point for any quintessential rendering of Berlin. Other than being rather photogenic, its historical and cultural significance paves the way for its archetypal immortality.

The Berlin Victory Column, as its name so forwardly alludes, is a paradigm of triumph. The German architect, Heinrich Strack, was commissioned to design the massive bastion of achievement to be erected after the Danish-Prussian war. It marks the success of the Prussians’ defeat of the Danish in 1864. By the time of its completion in 1873, the Prussians had also defeated the French and the Austrians.

It was because of these victories, which happened while the column was being built, that the golden statue that sits proudly atop of the column was added. These additional defeats elevated the purpose and deepened the definition of the tower, so just a column seemed insufficient. It was Friedrich Drake who designed ‘Victoria,”, the shiny emblem that truly ties the structure together. 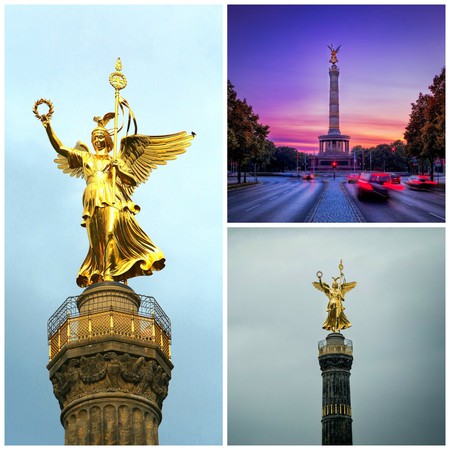 Rodolfo Vantini‘s torre faro acted as the inspiration to Heinrich when he was creating the design. That column stands in Brescia, in a monumental cemetery. The Victory Column, which is a labor of mathematics and sandstone, stands 67 meters tall and consists of four solid blocks to consecrate the magnitude of Prussia’s victories. A series of substantial rings lead up to the very top, with a golden garland added in the mid-1930s. In 1987, François Mitterrand restored a decoration that had been removed in 1945, during the 750th anniversary of Berlin.

Its original location was Platz der Republik, at the time known as Königsplatz, but the Nazis moved it in the 1930s (where it still remains today) when they came to power as a part of their reimagining of Germany. Funnily enough, its relocation is probably the reason it survived so largely in tact after the Allied bombings of World War II. Some still see the Victory tower as a Nazi symbol, and others see it as a commemoration of Prussia’s victories and unification. With a history steeped in all angles, it’s no surprise that it allows for such variegated interpretations.