The History Of Kunsthaus Tacheles In 1 Minute 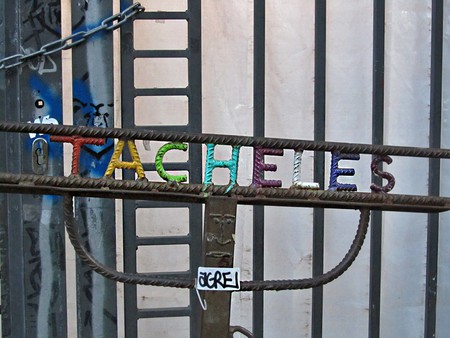 This once-upon-a-time department store has worn many hats since its inauguration on Oranienburgerstrasse in 1908. From being a commerical landmark in the Jewish community to the central office for the SS and finally, the famously liberal Kunsthaus Tacheles. Officially closed in 2012 to the chagrin of many, Kunsthaus Tacheles remains a cultural icon and a symbol of political freedom after years spent transitioning from one fortified mechanism of society to the next.

Built in the early 20th Century, Kunsthaus Tacheles was initially called Friedrichsstadtpassagen. Adjacent to the largest synagogue (at the time) in Berlin, this department store served the Jewish community for many years. By the 1920s, it had become a showroom for the General Electric company, but that didn’t stay for very long as the National Socialist German Workers’ Party took over in the 1930s, taking this space with it. Taking on a grimmer future, it housed French prisoners in the attic while the infrastructure was dominated by the SS. Though somewhat damaged in WWII, the building largely remained intact.

After the Wall separated East and West Germany, the GDR swooped in on this property and made it the headquarters for the FGDB, an umbrella organization for a number of trade unions. A movie theatre called Camera opened up shop on the side that touches Friedrichstrasse, but because the building weathered so much in its time as a cultural palimpsest, they were forced to move out due to dilapidated conditions. In April 1990, it was scheduled to be taken down but due to the collaboration and unified effort of Künstlerinitative Tacheles, they were able to keep the building open because, surprisingly, it was in decent structural shape. 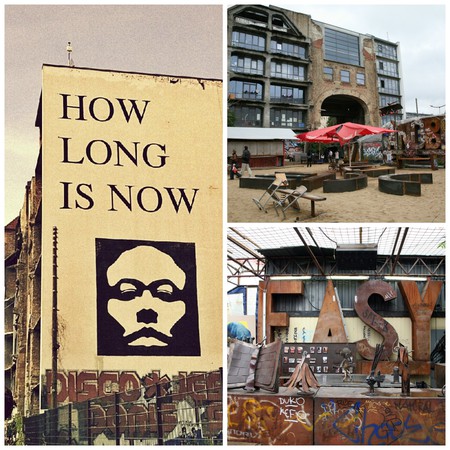 This is the time that Kunsthaus Tacheles really became what it was. When the Wall had fallen, so much had been abandoned. This abandonment paved the way for architectural creativity and up-cycling. Squatters, artists, and free thinkers wanted to reunite and rebel. An alternative lifestyle was at the forefront of their mission. It was a blank canvas after a politically tumultuous and oppressive time for all those who needed a voice to craft it in any way they saw fit. It was painted on, lived in, and celebrated. It finally closed its doors in 2012, the last members leaving peacefully, while the future of Kunsthaus Tacheles stays undetermined.