The History Of KaDeWe In 1 Minute 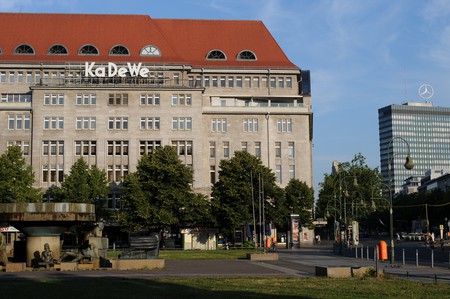 KaDeWe or Kaufhaus des Westens (department store of the West) is an iconic part of Berlin‘s commercial and architectural landscape. Today it is one of the most widely visited stores in Berlin and Germany, by tourists and locals alike. It’s known for its magnitude, as well as for being a bastion of luxury.

KaDeWe‘s modern retail topography of 66,000 square meters was something that came later in its life. When it was first commissioned to be built in 1907 by Adolf Jandorf, with the help of the architect Emil Schaudt, it was only 24,000 square meters. In 1927, it changed ownership to Hermann Tietz, or Hertie, the name by which it later became known when it was ‘Aryanized’ in the 1930s. The ‘Hertie’ company was originally responsible for both the modernization of the store as well as its expansion, but since the owners were largely Jewish and it was the time the Nazis were rising to power, they were forbidden from continuing to maintain ownership.

During WWII, most of the store was destroyed both by bombings and an actual American bomber in 1943, which physically crashed into the place after being shot down. Because of this, most of the store had to be gutted, and this happened in the 1950s. In 1956, all seven floors of the retail titan were completed, more closely resembling the KaDeWe that is known today. Seven floors that each serve a different and lofty purpose, ranging from being an avenue of expensive shopping with shops like Yves Saint Laurent and Prada, to hosting a diverse food hall that hosts just about everything one could imagine – oysters, speciality gourmet products, and fresh duck. 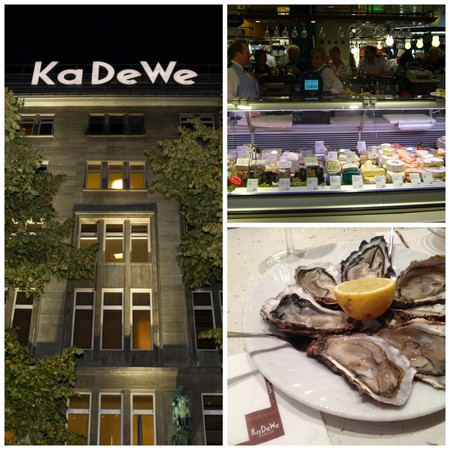 In the 1950s, KaDeWe became the paradigm for West Germany’s economic expansion and prosperity. It’s no secret that West Berlin fared better in terms of economics during the time when the two were separated, but this modernized retail store was a landmark for the culmination of its transcending success. In the 1970s, it began to grow even more, from 24,000 to 44,000 square feet and, finally in 1996, it took on the full size it harbors today.