The History Of Berlin's Unter-Den-Linden In 1 Minute

Even if one is new to the Hauptstadt, the boulevard Unter-den-Linden should be a familiar sounding name. This extensive boulevard is adorned with many points of interest that range from the cultural to the historical. It’s got no shortage of enticing sites, and the boulevard itself has beauty to boast.

The name Unter-den-Linden literally translates into ‘under the linden trees,’ which makes sense since most of the boulevard is lined with them, making this strasse a makeshift urban arboretum. The east-west boulevard is one of the most refined streets in Berlin, with endpoints at both the Brandenburg Gate and Lustgarten park or the site of the once Stadtschloss or the Berlin City Palace that is under construction until 2019. 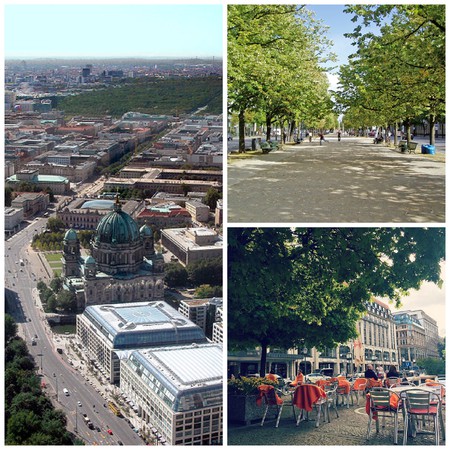 The street was originally developed as an equestrian path by John George of Brandenburg in the 1500s. He needed an easy way and direct route to reach his hunting grounds that were located in Tiergarten. Eventually, the next elector, Frederick William, ordered to have linden trees planted that would adorn the length of the street and have the street extended to reach the city gates from the palace. A truly grandiose pavement that served as the red carpet for the center of the city.

Many of the original trees had been cut down for various reasons – for example, a tunnel to serve the S-Bahn and for firewood used in the last years of World War II. The trees that exist today were replanted in the 1950s. Many prestigious façades and institutes have homes on Unter-der-Linden like Alte Kommandantur, Berlin State Opera, St. Hedwig’s Cathedral, Humboldt University, House I of the Berlin State Library, and Bebelplatz, just to name a few. With all of its significant branches that run up and down the length of Unter-den-Linden, it’s no wonder it’s one of the most visited streets in Berlin. Johann Strauss III has even written a waltz with a name inspired by this infamous boulevard.