The Most Historic DDR Sites In Berlin 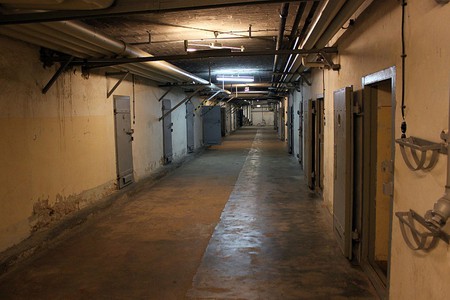 One of the most important aspects of Berlin is its history. The impact of the Deutsche Demokratische Republik (DDR) and World War II can be seen everywhere in the city. Berlin has a lot of sights to learn more about its history and all are worth a visit. It does not matter whether you are visiting Berlin or you live in the city, there is always more to explore. From the East Side Gallery to museums and architecture – we cover the essentials for a tour of DDR Berlin. 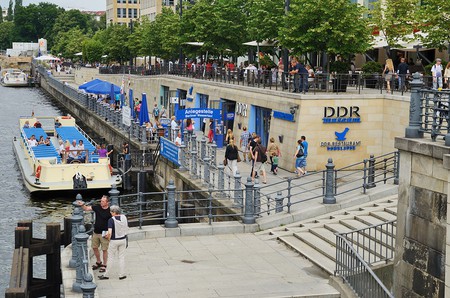 The DDR Museum is located right in the center of Berlin across from the Berliner Dom and is probably one of the first places to go if you want to learn more about East German history in the city. It’s an interactive museum about the daily life in the former DDR with all its facets: the secret police, the Trabant car, the DDR style housing and plenty more. Visitors are invited to dive into a different time and experience 40 years of DDR. 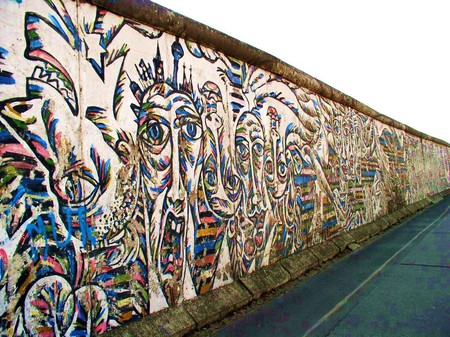 Graffiti on the Berlin Wall | ©Necrophorus/WikiCommons

The most popular sight on this tour is the East Side Gallery between the Berlin Ostbahnhof and the Oberbaumbrücke, located right next to the Spree. Parts of the Berlin Wall are still there and street artists from all over the world have immortalized their work on the wall, which makes it a 1316 meter-long piece of art. 118 artists from 21 countries painted on the wall in 1990, and since then it’s one of the most famous monuments in Germany.

If you’re looking for a slice of history that’s different from a museum or a monument, try Berlin’s Unterwelten. Most people won’t have been to a bunker or an abandoned U-Bahn tunnel, so now’s your chance. The Berlin Unterwelten offer seven different tours (five in English) through subterranean Berlin. You can experience World War II bombing raids through the eyes of citizens, see a former mother and child bunker or walk through the escape tunnels under the Berlin Wall. One tip: go there in winter, the temperatures in the tunnels and bunkers are around 8-10 degrees, so it can be quite the temperature drop in the summer months. Despite the coldness it is definitely worth at least one visit.

The Memorial place at Hohenschönhausen allows visitors to experience the DDR up close and in great detail. This site is both a memorial place and a museum. For everyone who is interested in what really happened in a prison of the secret police this museum is a must-see. The memorial place at the former ministry of the secret police (Stasi) was used as a remand center until 1990. Thousands of politically persecuted citizens were arrested at this place. Today, you are able to gain an insight into the sad daily life of the prisoners.

The Stasi Museum in Lichtenberg is the place to learn more about how the secret police actually worked. 8000 people worked at this property and the minister Erich Mielke had his offices there. Today, visitors can have a look at his former offices, get to know how the Stasi worked and what that meant for their victims. Moreover, visitors can see how they used photo cameras and microphones to spy on the general public.

For a different twist on your normal movie night, why not go to the Kino International, the former premiere cinema of the DDR, and watch a movie with a bit of a history. Its architecture and typography will transport you in a different time. Located on Karl-Marx-Allee, a street with arguably the best history of the postwar period, the cinema is now a protected monument. Let your normal movie night become a bit more special and head to Kino International. 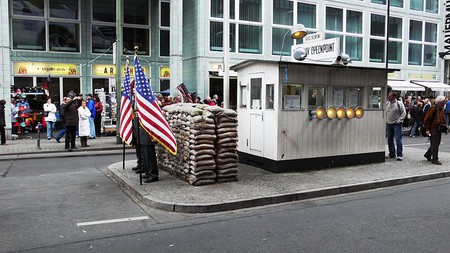 Although one of Berlin’s most famous spots, this monument isn’t actually the best DDR relic remaining. Checkpoint Charlie was a former border crossing at Friedrichstraße, and, although rooted in fascinating history, unfortunately nearly none of the original buildings remain. However, the wall museum is worth checking out, as you can explore things which were used to escape underneath or over the wall and read stories of the refugees. The museum does serve to keep their memories alive.

DDR interior design and architecture is known worldwide but to see it in real life is not that common. Berlin offers the chance to have a look round an authentic apartment which was built in 1986 and used by a family with one or two children. It’s amazing to see the original DDR sockets, door knobs and light switches. All of the furniture and details are kept in the style of the DDR – from mugs to the couch, so everything is typical of the period. 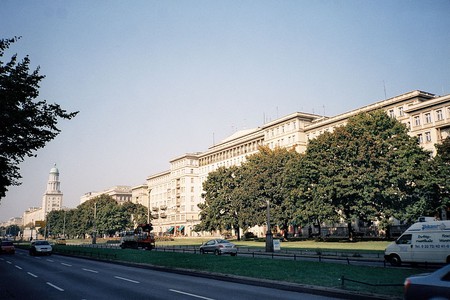 The Karl-Marx-Allee was probably the pride and joy of the former DDR. The architecture of the buildings speak for itself. Start your walk at Strausberger Platz and make your way down to Frankfurter Tor. You will pass a few famous cafés and buildings, like Café Sybille and the book store Karl-Marx-Buchhandlung, which have been featured in several movies such as Goodbye Lenin. The buildings at Frankfurter Tor represent the DDR’s strength and art of engineering.