Germany is infamous for the political turbulence it went through throughout the 20th century. From WWI, the abolishment of the monarchy, and the rise of the Nazi party to the splitting of East and West Berlin, and to the reunification of the country in 1990, Germany’s identity was continually being reinvented. We look at the effects this had on some of the country’s art and monuments, and reveal the fascinating history of what Berlin‘s Neue Wache was made to represent throughout this dramatic century.

For the average Berlin tourist, it’s surely the city’s history which provides the main draw. Few places in the world can claim such a defining role in the progress of the twentieth century; its streets tracing the often-violent transitions from imperialism to fascism, division to reunification. Yet for an increasing number of the almost one million visitors who arrive in the German capital each month, it’s the city’s art scene which is the major attraction. Against a backdrop of world-class museums and art schools, low rents and strong state support, the contemporary art scene in Berlin is flourishing, with artists and art lovers from across world travelling to the city to live, work and learn.

However, in the face of these contemporary innovations, it’s easy to forget the city’s formidable artistic tradition. Indeed perhaps the most exciting for today’s visitor are those sites where the artistic and political histories of Berlin intertwine. Few places embody this more than the Neue Wache – the ‘New Guardhouse’ – located on the city’s main East-West axis, Unter den Linden. 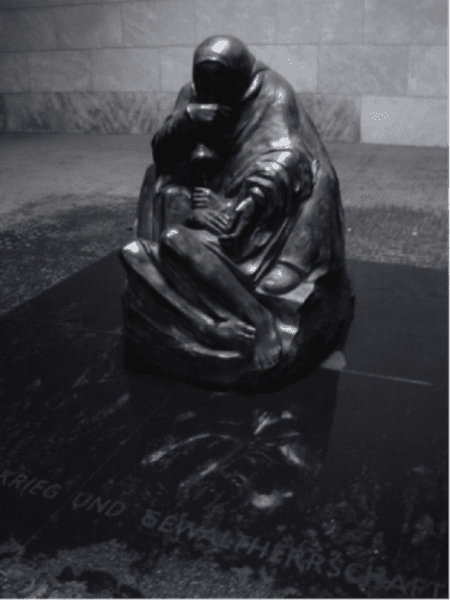 Sandwiched between the baroque façade of the German Historical Museum and the main building of Berlin’s Humboldt University, the Neue Wache was opened in its current form in 1993. Designed in the nineteenth century as a guardhouse for the Prussian royal family, today the building serves as the ‘Central Memorial Site’ of the German state, a place of national remembrance dedicated to the victims of war and tyranny.

Behind the building’s columned exterior, it’s a sculpture by the German artist Käthe Kollwitz (1867-1945) which provides the focal point of the memorial. Mother with her Dead Son, also known as Pietà, was completed by the artist in its original form in 1937, before being enlarged for inclusion in Neue Wache in 1993. Standing at the centre of the memorial’s stone-lined chamber, the sculpture is lit only by an unglazed, circular skylight, leaving it exposed to the best and worst of the Berlin weather.

Born in eastern Prussia in 1867, Käthe Kollwitz (pronounced ‘Kay-ta Koll-vitz’) is perhaps among the best-known, and best-loved, artists in Germany. And for many, she was the perfect choice for this memorial. On a professional level, Kollwitz dedicated her career as a graphic artist and sculptor to works opposing governmental oppression. From her 1890s series commemorating the failed 1842 revolt of the Silesian weavers, to later works commemorating the death of communist leader Karl Liebknecht and calling for an end to the First World War, Kollwitz persistently represented a thorn in the side of German imperialism, capitalism, and later, fascism. Shortly after the National Socialist takeover in 1933, she and her husband signed an ‘urgent appeal’ to left-leaning parties, pleading with them to unify in opposition to Hitler. This appeal was however unsuccessful and as a result Kollwitz’s artistic voice was gradually silenced; later in 1933 she was forced to resign from her teaching position at the academy of arts, and as the 1930s progressed she was gradually prevented from exhibiting. 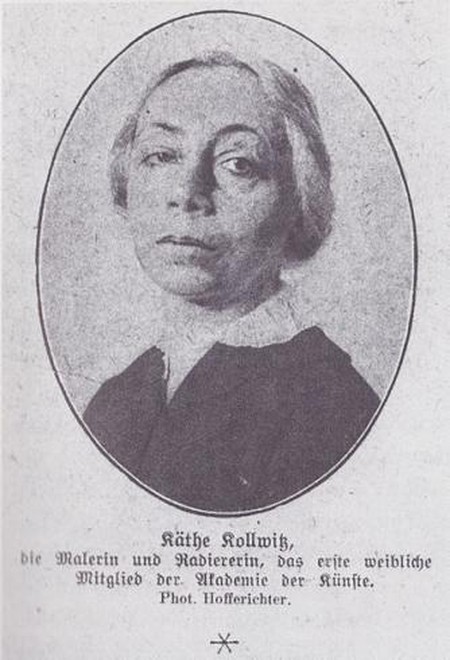 On a personal level too, Kollwitz’s life – like so many Germans of her generation – was scarred by war. With the outbreak of the First World War, her sons Hans and Peter volunteered for service. Not yet of age, Peter required his parents’ consent to fight, which Kollwitz and her husband duly provided. Peter was killed on 22 October 1914 just months into the conflict, a loss which Kollwitz admitted she never recovered from. She later wrote:

From the artist’s extensive diaries, we can trace Kollwitz’s earliest work on the Mother with her Dead Son sculpture to 22 October 1937. Not only was this date the anniversary of Peter’s death, but it was in 1937 that Nazi Germany first turned their full attention to cultural policy. After years of uncertainty regarding which forms of art were acceptable in the Third Reich, it was in the summer of 1937 that the first mass confiscations were organised from the country’s state museums, culminating in the July 1937 propaganda exhibition, ‘Degenerate Art’.

Yet despite this apparent fit between Kollwitz as an artist and the sentiments of the Neue Wache memorial, when plans for this memorial were announced by Germany’s then-Chancellor Helmut Kohl in January 1993, they sparked fierce debate and even hostility.

For many, the largest issue was the blatantly Christian overtones of a Pietà sculpture being used to commemorate the ‘victims of war and tyranny’. It was of course precisely because of their Judaism that so many of these victims had been targeted; a sculpture which utilised New Testament imagery seemed grossly inappropriate.

For others, their concerns were artistic. In an open letter to Chancellor Kohl, the Berlin Academy of Arts argued that not only would a non-figurative design be more appropriate for such a memorial, but also that enlarging the Kollwitz sculpture to such an extent would rob it of its formal power. The original work measured just 38 x 28.5 x 39 cm and the Academy argued that Mother with her Dead Son could not withstand such a drastic enlargement. 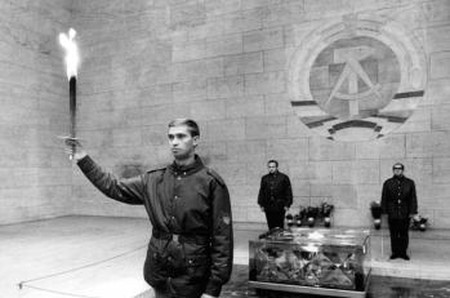 But perhaps the greatest objections to Kohl’s plans stemmed from the history of the Neue Wache as a memorial site. The 1993 memorial would be the fourth to be housed in the building since its construction; the interior had already seen some seven different configurations in less than a century. Even during its time as a military guardhouse, the Neue Wache had commemorated the Prussian soldiers of the Napoleonic wars. Following the abolition of the German monarchy in 1918, the building was transformed into a memorial to the victims of the First World War and renovated with a minimalist design by architect Heinrich Tessenow in 1931. This design was then adjusted by the National Socialists after 1933 with the inclusion of a large wooden cross. Later, falling within East Berlin, the interior was remodelled again, this time as a memorial to the victims of militarism and fascism. This new memorial, announced in 1956, was officially opened in 1960, its design once again changed by the East German government in 1969.

Kohl’s plans came less than four years after the fall of the Berlin wall, and Germany’s ultimate reunification in October 1990. In the eyes of many Germans, to yet again remodel the Neue Wache, once more allowing it to be used as ‘memorial-propaganda’ for an insecure state, seemed absurd.

In an attempt to answer at least some of these criticisms, minor changes were made to the 1993 plans as originally announced, namely the addition of two bronze plaques at the entrance of the memorial. While one sets out clearly to whom the memorial is dedicated, the other outlines the history of the monument, attempting to place the Kollwitz design in some degree of context.

The Neue Wache was once again reopened on 14 November 1993, and it now stands as the longest lasting of the building’s memorial designs. No doubt the opening of the Memorial to the Murdered Jews of Europe, by architect Peter Eisenmann and unveiled in May 2005, and indeed the enduring political stability of the reunified Germany, has taken some of the critical pressure off this memorial. Nonetheless, it is fascinating to consider what changes the next century may bring to this former royal guardhouse, and to Kollwitz’s place within it. 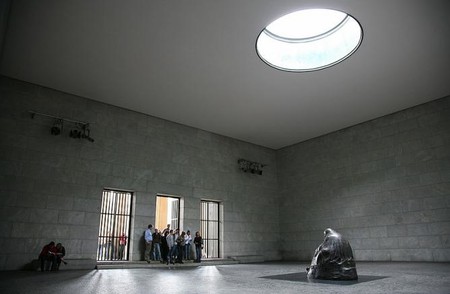 © Daniel Schwen/WikiCommons
Give us feedback