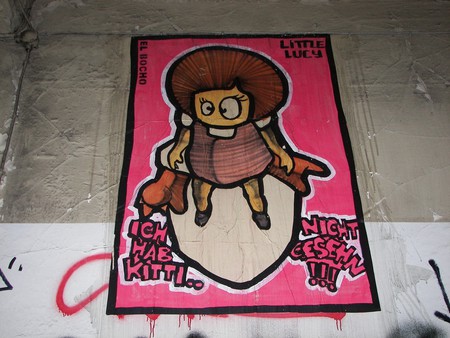 El Bocho is a Berlin-based street artist using graphic posters to tell stories throughout the city, and across the world. One of his most recognisable series features the twisted character, Little Lucy, who became famous on the streets of Berlin as the imaginary little girl intent on killing her cat. The cartoon designs adorably depict Lucy’s apathetic murder of her cat, with a strange blend of dark humour that makes the designs endearing, rather than disturbing. To find out more about Little Lucy’s story, we interviewed El Bocho to discuss all things twisted.

I studied design at university, after finishing I started working as an illustrator, I did some CD covers and a lot of political illustrations for different newspapers. That’s where I learnt to draw and create, however when I was 18 years old I started doing graffiti in the traditional sense. However, I didn’t like it as a point of communication, everything is about fame and not much else. No one can really read the street letters and no one can ask you critical questions about your work, it’s a one-way communication. Then, on a trip to Berlin, I saw the posters put up around the city, and I knew this was my chance and the style I wanted to use. 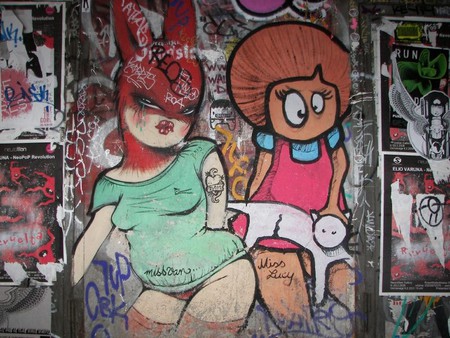 When did you first start putting up the Twisted Little Lucy tags around the city?

When I first started putting up posters I did some different designs, but always thought I needed something like a mascot. A character that tells a story for a long time, something evil but sweet. At this time no one in Germany was making street art like this, so in 2005 Little Lucy was born. 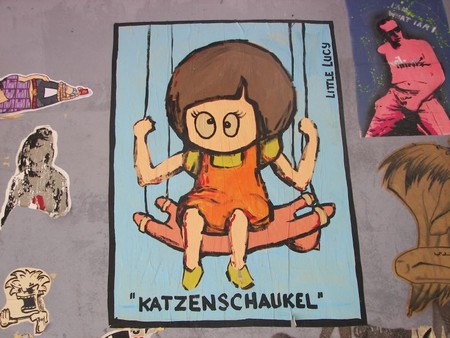 Can you tell us the inspiration behind these dark designs?

I think it’s quite funny and is a part of everyone, this dark/sweet thing. 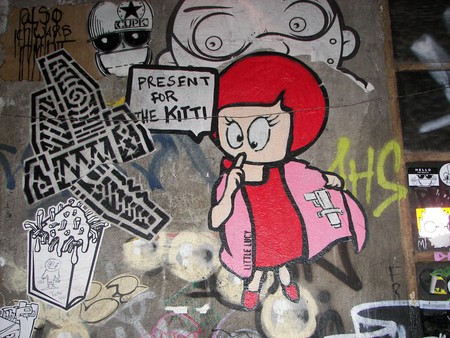 Present for the Kitti by El Bocho | © Alexander Hüsing/Flickr

Would you say Little Lucy is a reflection of your dark sense of humour?

Yes. Most of my other work is romantic or political stuff…but Lucy is a chance to do something bad. 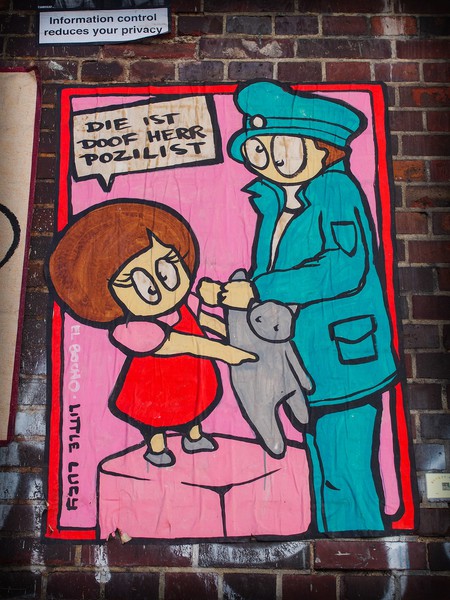 What has been your favourite Twisted Little Lucy design?

I think the most people like the ‘Berlin Döner Lucy,’ but I like the ‘Don’t tell mummy,’ Little Lucy with the gun in the jacket and Kitti dead in the background. 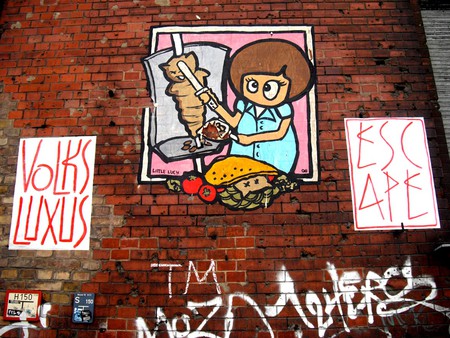 Will Lucy ever kill her cat?

Every day she manages to do that….but Kitti still has some more lives left. 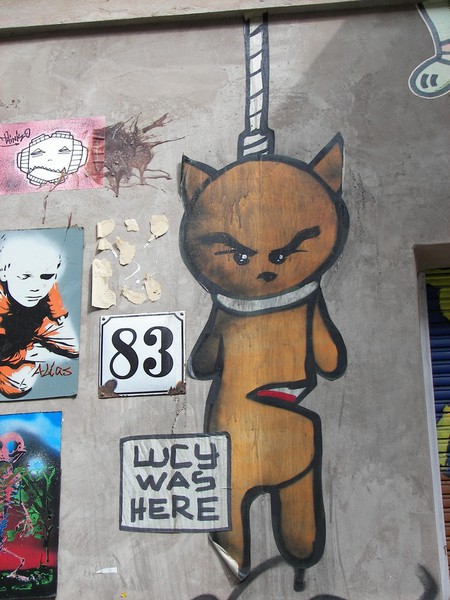 Little Lucy is dotted around Berlin, is she also in any other cities?