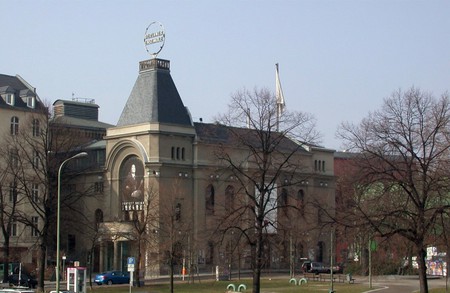 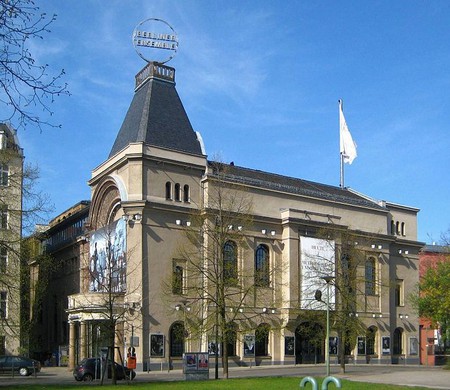 Bertolt Brecht and his wife Helene Weigel founded the Berliner Ensemble as a contemporary political theater of East Berlin in 1949, after the Second World War. The founding of the Berliner Ensemble and Brecht’s vision of a theater that had the power to change society together marked the beginning of the East German theater of the postwar era. Today, at Bertolt Brecht Square in the Mitte area, the bronze statue of the playwright and poet Brecht sits smilingly on his chair, gazing at the river Spree.

Brecht was born in Ausburg in 1898, and came into his own as an artist in the period between the 1920s and early 1930s, as Germany went through a period of turmoil. His work includes plays like Man Equals Man, Mahagonny, and The Mother. Brecht escaped Germany as Hitler came to power in 1933, eventually reaching the United States where he remained until 1947. During his time in the U.S., Brecht wrote some of his most important works, including The Life of Galileo, Mother Courage, and The Caucasian Chalk Circle. Brecht returned to Europe in the mid-1940s and thereafter founded the Berliner Ensemble with his wife, actress Helene Weigel, Brecht’s long-time collaborator and muse. From 1947 until his death in 1956, Brecht worked mainly at the Ensemble, producing his own plays and creating a ‘political theater for the public,’ something that is reflected in the modern Berliner Ensemble. Although Brecht was the chief director of the Berliner Ensemble until his death in 1956, it was actually Weigel who was the first artistic director of the theater. 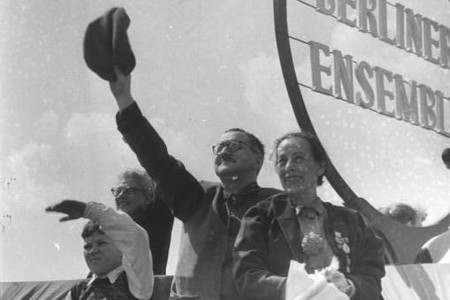 Helene Weigel’s old office, replete with the plaster casts of the Berliner Ensemble‘s great actors – and its founder Brecht – is open to visitors. It was there that Weigel wrote many of the letters that now survive in different archives, giving us an insight into what it meant to manage the Berliner Ensemble in the ’50s and ’60s. Evidently, that was no easy task. In navigating the complex political pressures that snaked though East Germany during this time, Brecht’s vision of a political theater for all was complicated to realize. In the early days of Brecht’s Berliner Ensemble, the company didn’t even have its own building, and had to share with the Deutsches Theater around the corner. This meant fighting for access to rehearsal space, resources, and sets. It wasn’t until 1954 that the Berliner Ensemble moved into its own premises at the Theater am Schiffbauerdamm, its current home.

The Haus am Schiffbauerdamm had already managed, under the leadership of Ernst Josef Aufricht, to create one of the greatest theatrical successes of the twenties: The Threepenny Opera. The premiere was on August 31, 1928, and since that day, when the bourgeoisie of Berlin swarmed the theater, the Threepenny Opera has always been included in the repertoire of the biggest theaters in the world, counting more than 10,000 shows worldwide. The reason for this phenomenal and enduring success might be Kurt Weil’s magnificent music compositions or perhaps the incredibly contemporary theme of the play, written by Brecht, during the inter-war period – a little time before the financial crash of 1929 – describing a community that bears striking similarities to ours. 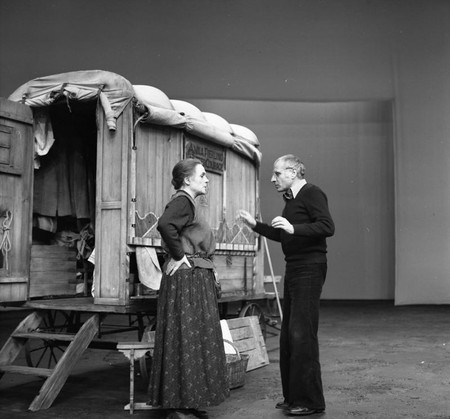 Nowadays, although the Ensemble maintains Brecht’s legacy and spirit, particularly in reference to his political stance, the theater chooses to focus on contemporary German theater and also includes works of major foreign playwrights like Shakespeare and Anton Chekhov.