Everything You Need to Know About Berlin's Festival of Lights 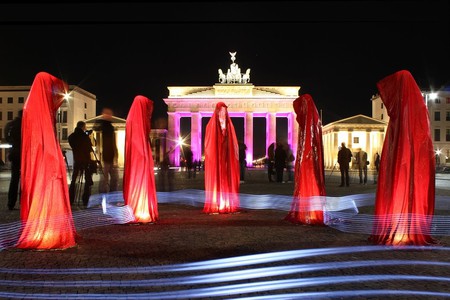 Every autumn, Berlin amazes millions of visitors with its spectacular Festival of Lights. The city’s iconic monuments bask in jaw-dropping illuminations designed by gifted artists from all over the world. Here is all you need to know about the festival that creates a captivating world of art, creativity and mind-boggling illuminations. 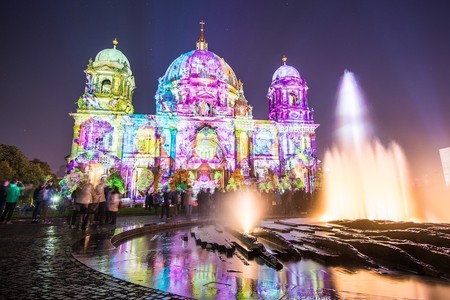 When is it held?

The festival takes place every October for ten days. The dates for the 2018 festival are October 5–14. The illuminations kick off daily at around 7 pm and continue till midnight, steadily getting more and more spectacular as the sky gets darker.

What are the best spots to enjoy the light show?

Around 70 locations are illuminated during the festival. Most of the monuments that participate in the illuminations festival are clustered around the Berlin city center. The locations that earn the maximum exclamations of “Wow!” from visitors are Brandenburg Gate, Berlin Cathedral, and Berlin’s TV Tower (Fernsehturm). But be prepared for these locations to get very busy. Spots like Märkisches Viertel or Humboldt University promise wonderful illumination and smaller crowds. 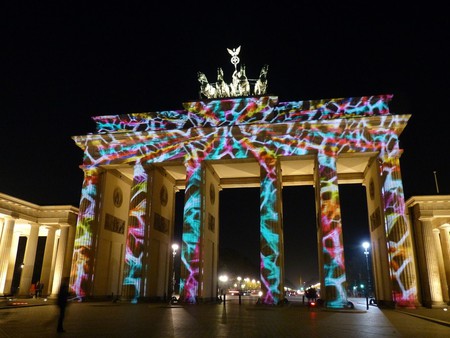 There is no entry fee for the festival. However, you can book tours to enjoy the illumination from vantage points and score incredible photo opportunities. Tours include guided walking tours, bus tours, river cruises, balloon rides, carriage rides and more. 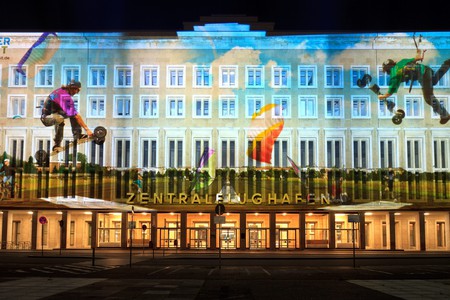 The number of visitors converging on Berlin to witness this amazing festival has been increasing every year. Almost two million people attended the Berlin Festival of Lights in 2017, resulting in almost half a million extra hotel bookings than average. If you wish to attend the festival, it is a wise idea to make your bookings months in advance to avoid disappointment.

You can bring your own food and drinks to the festival, and have the picnic of your lifetime with the mesmerizing lights as a backdrop.

To stay updated on latest announcements, a complete list of participating monuments and more, keep an eye on the official website and Facebook page of the Festival of Lights.

If you miss the Berlin Festival of Lights, you have one more chance to witness amazing illuminations in the city. Berlin Leuchtet (in English: Berlin Illuminated) is scheduled to be held between September 28 and October 14, 2018, wherein the lesser-known monuments and buildings of the city are illuminated. Almost 500 locations participate in this smaller illuminations festival, including shopping malls, railway stations, parks, bridges, and quarters like Mitte, Tiergarten, Friedrichshain, Kreuzberg, and Steglitz.