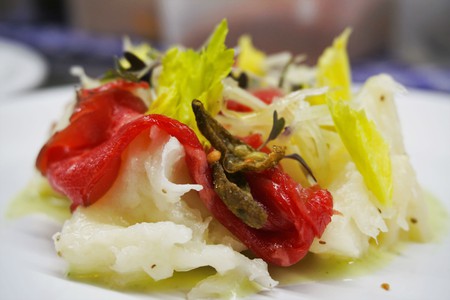 Eins44 is tucked away in a quiet courtyard off the buzzing alleys of Neukölln. Drawing inspiration largely from French cuisine and adding touches of the Middle East, this kantine pays tribute to its German roots by offering a large selection of delicious German wines. 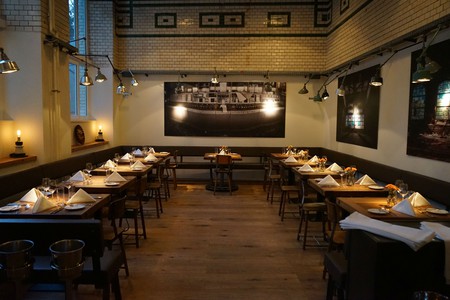 Bringing them back to life | Courtesy of Eins44 Kantine Neukölln

The building where the restaurant resides belongs to the Reichel family. A 125-year-old establishment, it once housed the Reichel Essenzen, which used to produce gin and cognac, until Richard Reichel, the current owner, decided to transform the distillery space into a fine-dining restaurant.

Jonathan Kartenberg, the then-22-year-old restaurant manager of Mani Restaurant, along with Chef Sebastian Radtke were called in. Over the course of one year, the distillery space was brought to life with original set pieces and vivid colors while the industrial feel was kept intact. On April 4, 2014, Eins44 officially opened and quickly found its place among patrons who appreciated the atmospheric setting and its original dishes. Offering signature creations of Chef Radtke, the dinner menu evolves every month to reflect both seasonal changes and his creativity, while the lunch menu has weekly changes. 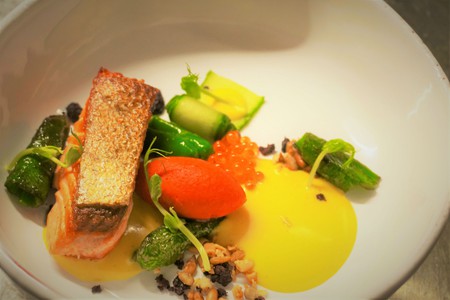 Enjoying both a spacious indoor and outdoor sitting area, the restaurant can host as many as 120 guests who can enjoy a variety of hot and cold starters, main dishes and desserts. Still, Eins44’s strongest point could be the wide range of fine German wines it offers. This includes the Riesling; refreshing and aromatic, the white wine has a mildly sour taste because of its high acidity content and yet pleases the taste buds with its either fruity or floral undertones. Just like Chardonnay, this semi-sweet German wine gets better with age and works perfectly well with dishes which enjoy hints of spiciness, such as the veal tartare, on Eins44’s menu.

While many of its patrons frequent Eins44 in the evening when the kantine enjoys its busiest hours, one can also stop by during lunch hours to enjoy the delicacies of the lunch menu for a more reasonable price. To be able to experience its gastronomy to the fullest, however, make a reservation for dinner when the menu offers a wider selection and even has a ‘secret’ vegetarian option.