Classic German Desserts And Where To Find Them In Berlin 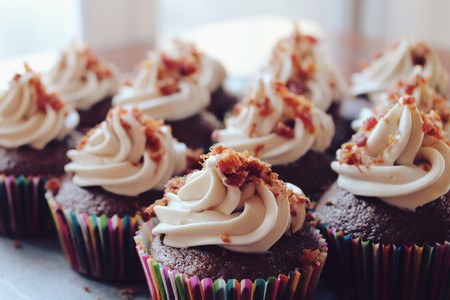 Talk of German cuisine tends toward clichéd discussions of pork and potatoes, and heavy-handed puns on the German word for sausage and the English word ‘worst.’ These generalizations and appalling puns are a disservice to the area in which the Germans really excel, however: their cakes. For those without Teutonic roots, Germans enjoy cakes (kuchen) with coffee at around 4pm. This time is known as kaffeezeit (coffee time) and is broadly analogous to the British tea time. While each region has its own speciality that locals will laud as the finest in Germany, there are some that stand out. We have compiled a guide to the finest cakes Germany has to offer, as well as our tips for finding them in the Hauptstadt.

Black Forest gâteau has been dogged for some time, due to its association with moderately fancy parties in the 1980s, cocktail sausages, Sara Lee, and all. After going out of fashion in the 90s, Black Forest cake (or Schwarzwälder Kirschtorte, literally ‘Black Forest cherry cake’) is back with a number of celebrity chefs crafting their own version of the Baden-Württemberg classic. Natives to Baden-Württemberg will tell you that the Schwarzwälder Kirschtorte belongs to them, although the history of the dessert zigzags across the country from Bonn to Berlin and dates back to 1934. Named not for the Black Forest itself, but for the Black Forest liquor, Kirschwasser, that the region is famous for, a classic Black Forest gâteau is a chocolate cake with Kirschwasser, cream and topped with black cherries. 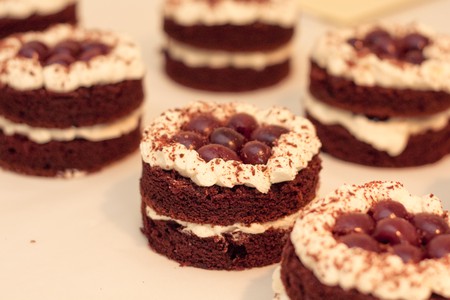 Stollen is a classic christmas treat in Germany. Not unlike the traditional Anglo Christmas fruit cake or the panetone cake in Italy, Stollen is a bread mix laced with candied orange peel, dried fruit (often a generous dollop of marzipan), and topped with icing sugar. Originally from Dresden (dating way back to 1474 when it was called striezel) there are only 150 ‘official’ stollen bakers in the country. Official stollen bakers distinguish their products with the seal of Augustus II, ‘The Strong’. Dresden takes its stollen seriously, so seriously in fact, that each christmas the city celebrates all things stollen with a Striezelmarkt (striezel christmas market) in the city center.

Stollen in Berlin: If you can’t make the trip out to the Striezelmarkt for official stollen, Berlin’s Hansaviertel provides as close to the classic as you’re likely to find. Traditionskonditorei Buchwald by Tiergarten brings together more than 160 years of baking history in their classic stollen recipe. 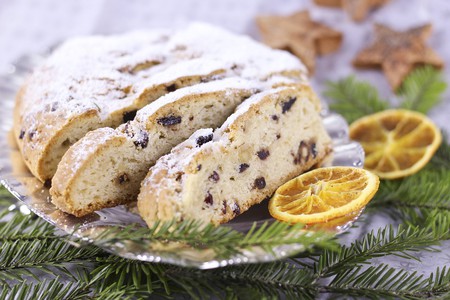 Bienenstich is another classic German cake, made from sweet yeast dough, with vanilla custard filling and a topping of caramelized almonds. Bienenstich, or ‘bee sting’ is originally thought to be from Munich. The history of how the cake earned its name, however, is a little unclear. Bienenstich dates back to the 15th century, where, as the legend has it, a baker was stung after a bee was attracted to the sweet honey smell in his kitchen. Alternatively, it is possible that the cake was named after villagers successfully held back a neighboring army by throwing beehives at them, and celebrated afterwards with cake..

Bienenstich in Berlin: Appearances can be deceptive. While Berliners could be forgiven for thinking it, the grubby exterior of Rogancki in Charlottenburg belies the treats on offer inside. Unsurpassed for bienenstich in Berlin, they also have an excellent range of savory dishes. 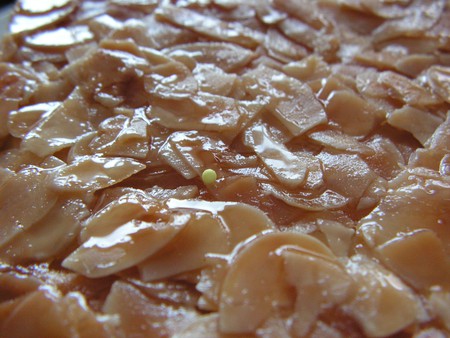 Another classic christmas treat, lebkuchen are not really cakes, but traditional christmas biscuits. Sometimes called pfefferkuchen, these small treats are from the south of Germany in Franconia, and are thought to have been invented by monks in the 13th century. Lebkuchen are similar to gingerbread and can be sweet or spicy. Classic lebkuchen are topped with nuts, chocolate or icing, and are usually soft. Lebkuchen hearts (large iced biscuits available at German christmas markets) are harder, and were popularized by the Hansel and Gretel fairytale. A common festive gift, lebkuchen can be highly decorative, and their tins are usually kept as souvenirs.

Lebkuchen in Berlin: As a festive special, lebkuchen can only be found towards the end of the year. For traditional lebkuchen, most supermarkets will have inexpensive options, but for those with a taste for the finer things, Llebkuchen Schmidt has four locations in the city. 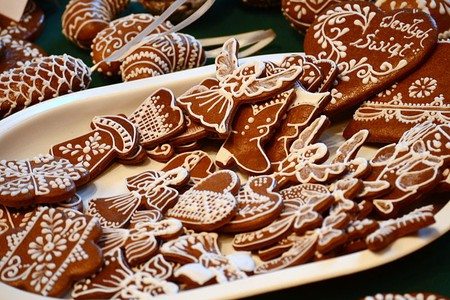 Nussecken, literally ‘nut corners,’ are a traditional German bakery goodie. The soft cakey center is covered in a ton of nut flakes (usually almond, but some bakeries use different nuts) and typically has one end dipped in chocolate. And as the Germans are never ones to do things halfway, there is a world record in nussecken production, currently held by the good people of Koblenz, who cobbled together a 5.6 x 5.7 x 9 meter, 450kg whopper in 2010. A classic cake for children on their way home from school, nussecken are a central part of any good German childhood.

Nussecken in Berlin: most bakeries will offer nussecken, but Bäckerei Siebert in Prenzlauer Berg has both history and sweet goodies to boot. Established way back in 1906 on Schönfließer Straße in Berlin’s swankiest quarter, this local bakery is a Kiez classic. 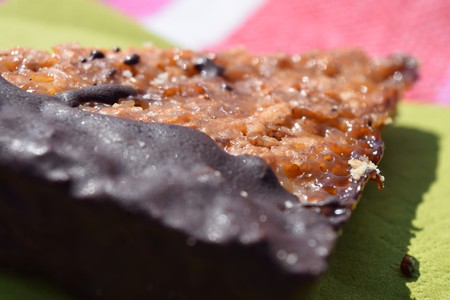