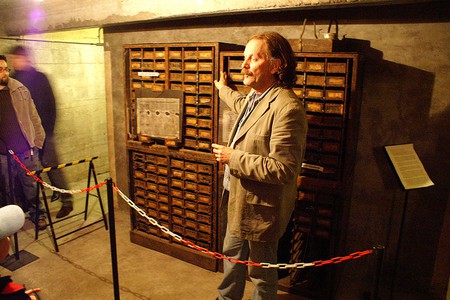 The history of Berlin is present in its streets, churches, castles and buildings, and its architectural environment is constantly changing and renewing itself. However, some historical parts of the city not subject to this constant change are the Berlin bunkers.

Many of these underground structures haven’t changed at all and traces of the past remain intact. Hidden meters underground, they contain the deepest secrets of the city’s history. Underground walls and hallways tell us stories about many of Berlin’s most famous events and characters, but also about the daily activities of regular people attempting to escape or survive wars.

The Berliner Unterwelten E.V is a society in charge of exploring and documenting Berlin’s subterranean arcuitecture. It was founded in 1997 by individuals interested in underground world of Berlin. Researchers from many backgrounds: architects, engineers, students, economist, and historians came together out a willingness to learn, to contribute and to share knowledge of such an important part of the city`s history. They base their work on trying to find new underground places and using them as museums to revive important historical events. Even if these events are from dark and disturbing times, they form part of the world history and the museums set up as a way for the spaces to tell their own stories.

In Berlin many of these bunkers are open to the public, and many interesting tours are on offer for visitors to get to know this hidden part of the city. 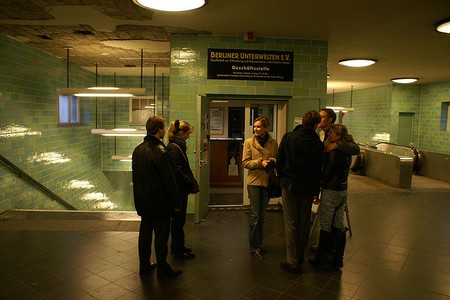 Under the Gesundbrunnen train station the first bunker opened to the public can be found. Since 1999, it has been possible to view authentic artifacts from that period like gas masks, books and letters. A storehouse of information, the exhibit also gives visitors an idea of how many things worked in that period like the telegram system and the subterranean tubes that they used to send them. You can find the different tours and more information here. 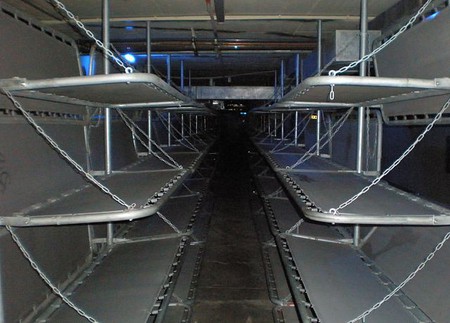 The Atomschutzbunker, located in Kurfüstendamm, is part of the Mehrzweckanlage, or the Story of Berlin, which is a private museum which preserves all the objects and rooms the exact conditions they were found in. A visit to the nuclear bunker brings home the immensity and scale of mankind’s most destructive invention. You can find more information here. 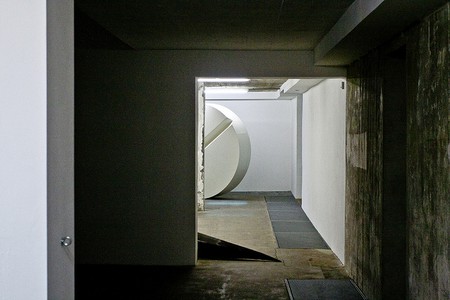 The structure built in Mitte in 1941 as a bunker is today a private collection of contemporary art. The Boros Collection does conserves some authentic aspects but its main function is to exhibit the sculptures, paintings and installations of international artists.

The building is property of Christian Boros, who actually has an incredible house on the top of it. The bunker itself has had many owners and been put to varied use, from serving as a textile and tropical fruit warehouse to being the venue of a techno music and fetish club.

Exhibition visits must be booked in advance.

The following short documentary about bunkers offers insight into these out of sight and underground places, filled with memories, secrets and a city’s history.