Behind Berlin's Classic Festival Of Lights

Europe is a paradise for art and new trends. It is a popular spot for people who are interested in art, history, culture and museums. It has incredible natural beauty as well as man-made activities that attract thousands of tourists every year to Europe. One event is the light festival, which is scheduled in different European countries throughout the year and includes Lux Helsinki (Finland), Lights in Alingsås (Sweden), Fête des Lumières Lyon (France), Licht Festival Ghent (Belgium), Signal Prague (Czech Republic), Amsterdam Light Festival (Netherlands), Lumina Cascais (Portugal), Illuminating York (UK) and Berlin Festival of Lights (Germany). Festival of Lights attracts two million tourists each year, all looking for colorful shades in Berlin. 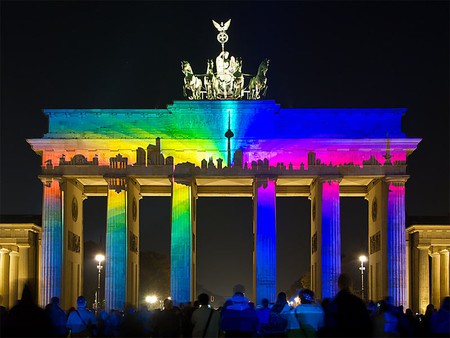 The idea and brand of Berlin Festival of Lights was founded by Birgit Zander and her agency Zander & Partner Event-Marketing and started in October 2004. Now it has been 11 years of this wonderful and colorful festival. This festival transmutes the atmosphere of the city as the historical landmarks and monuments like Berlin Dom, Funkturm and Brandenburg Gate are illuminated through lights and 3D animated video art. This provides an opportunity for international and local artists to take part and showcase their work to audiences. It has gained such positive repute internationally that many countries are collaborating for Festival of Lights in respective countries like ‘Luxembourg Light Nights 2015.’

The grand opening of the Festival of Lights takes place on Potsdamer Platz. There are different events scheduled throughout the festival, including Make Light Lab, LUMISSIMO, Show Cases, Beach Berlin, Night Photography workshops and many other activities and incentives.

The illumination of the monuments usually starts at 7pm and goes to midnight. Some places are lit for a short time or only once. The full details of the lighting route and details can be checked on the official website of the Festival of Lights, but most of the city’s biggest monuments feature in one way or another. Some monuments attract large crowds, but the event is often best enjoyed in a more haphazard way — a stroll through town, catching glimpses of the familiar made spectacular for the evening. 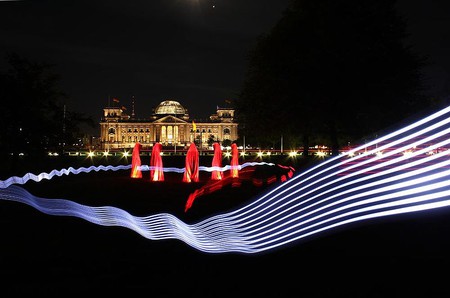 The Festival of Lights gives a chance to professional and amateur photographers to submit their photos for competition. Almost 1,300 entries are submitted in the contest each year, and winning photos are published on the official website, providing a springboard for photographers looking to increase their reputation in Germany.

The Festival of Lights started a new competition in 2015 on Brandenburg Gate — six finalists’ 3D-video mappings were shown. Videos were sent from different parts of Europe. These videos were shown in a 30-minute round from 7 pm till midnight. The audience was asked to vote for the best video, and the winner was awarded with money. The MP Studio (Germany/Bulgaria) won this award in what was a spectacular night in Mitte.