An Introduction to Krautrock in 10 Tracks 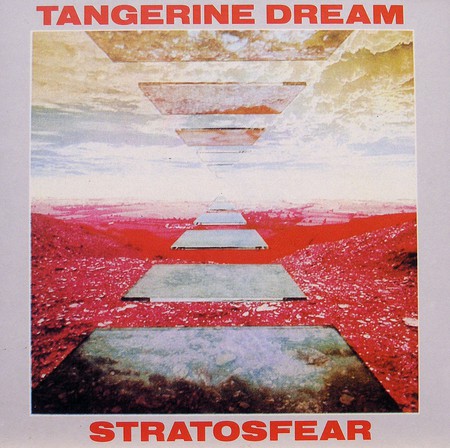 In the late ’60s and early ’70s, when British and American rock were dominating the music sphere, a rare music scene arose in Germany. Krautrock, an experimental approach to rock that features sound recordings and extended free-form tracks as long as 20 minutes, is a highly technical style that is authentically avant-garde. Listen to these 10 tracks to discover the music that attracted David Bowie to Berlin, a free-thinking genre known as Krautrock (a term coined by a British journalist as a slur against these West German musicians, based on the derogatory term by British and American soldiers during WWII).

HeCAN draws on jazz, experimental, minimalist, electronic and psychedelic sounds (just to name a few). avy bass and drums in the ‘Paperhouse’ intro provide luminous insight into this German music style. CAN’s original lead singer, Malcolm Mooney (was an American abroad in Germany at the time), left the band to preserve his mental health and was replaced by Japanese singer Damo Suzuki, discovered in Munich singing a James Brown’s ‘Mother Sky’.

‘Ruckzuck’ is an instrumental track that truly captures futuristic Germany, before futuristic was even a theme. Many listeners might only know Kraftwerk as an electro band, but before it projected futuristic robots, it was actually a leading experimental, long-haired Krautrock band.

Tangerine Dream had one of the largest impacts on the Berlin School of Electronic Music: while many bands of the time were into psychedelics, Tangerine Dream’s members claimed they and their music were completely drug-free. The band released over 100 albums and even scored the first Grand Theft Auto video game. Check out ‘Stratosfear’ to get an idea of the band’s sound.

‘Negativland’ reveals the true genius of Neu! producer Cony Plank, one of the legends behind the Krautrock sound and producer songs for Kraftwerk, Brian Eno, Can and most other Krautrock musicians. ‘Negativland is a great example of Plank’s technique of dry, machine-like drums, most importantly the tape flanger; the intro is a bit industrial and not the easiest first listen, but challenge your musical ear and make it to the next minute.

Although Ash Ra Tempel only existed 1970–1976, this Krautrock band’s albums heavily influenced major musicians that followed. With smooth yet ever-changing sound, Schwingungen is a great, easy listen for the many moods our days can hold.

One of the leading Krautrock bands of the ’70s was Faust, which recorded a 12-minute track ironically called ‘Krautrock’. Like most bands labelled as Krautrock, Faust actually didn’t identify or respect the term, which was how they were called by outsiders. While some bands played into the accused genre, most distanced themselves from the label (even though we still use it today, perhaps to their dismay).

‘In den Gärten Pharaos’ (1971) is quintessential Popul Vuh (Book of the People, inspired by ancient Mayan manuscripts). The EP includes meditations, African percussion, Moog synthesiser, and sounds of water – these unique fusions awaken, inspire and daringly bring its listeners into an unfamiliar space.

Many believe that the word ‘Krautrock‘ came from Amon Düül’s song ‘Mama Düül und ihre Sauerkrautband spielt auf,’ (‘Mama Düül and her Sauerkrautband Strike Up’). The group formed in an art commune in Munich, which is where they got their name. ‘Archangel Thunderbird’ is a musical trip that goes in so many directions, it may feel two songs playing at once.

Cluster (also known as Kluster or Qluster) formed in the early 1970s and is one of the biggest influences on early electronic music. Cluster has often collaborated with Neu!, which was pretty standard since Krautrock musicians and producers were all aware of each other.

Modern genius Klaus Schulze has worked with Tangerine Dream and formed Ash Ra Tempel but left the group a year later. Releasing over 40 albums in his solo career, Schulze is known for having a major impact on both electronic and ambient music – it’s hard to imagine that a track like “Totem” was recorded as early as 1972.