Markthalle, one of the historic market halls of Berlin | © Friedrich Hitzig/WikiCommons

Berlin was once home to many different covered market halls, known in German as a Markthalle. By the year 1900, there were 14 in total, most of which were designed in accordance to the plans of Hermann Blankenstein. Many, however, were destroyed during the tumultuous events of war, that reigned over the city during the 50 years that followed. Still, a few remain and some are even used for their original purposes.

Berlin’s historic market halls were originally implemented as part of an initiative by the city of Berlin to provide citizens with better access to fresh produce and foods. Though most of them have been destroyed, or converted into buildings now used for other purposes like flats and offices, there are three that have been restored and reopened to serve their original purpose. Nowadays, Marheineke Markthalle and Arminiushalle are under the Berliner grocery conglomerate Großmarkt GmbH.

Markthalle Neun, also sometimes known as Eisenbahnhalle, is undoubtedly the most famous market still in use. It gets its name from the numbering system used to indicate each market, with Markthallen ranging from number 1-14. This market, along with ten others, dates back to 1891, with the construction of three more market halls following shortly after. Its windows were painted black during WWII, and the market was heavily damaged. After the war, it briefly served as a black market, before ultimately getting refurbished and reinstated in 1951 on its 60th anniversary.

Yet in the following decades multiple larger grocery store chains were installed causing a decline. In 2009, however, it was revived and converted into the bustling market hall we know today. Markthalle Neun is the site of the popular Street Food Thursday event, along with many other weekly happenings and special celebrations. 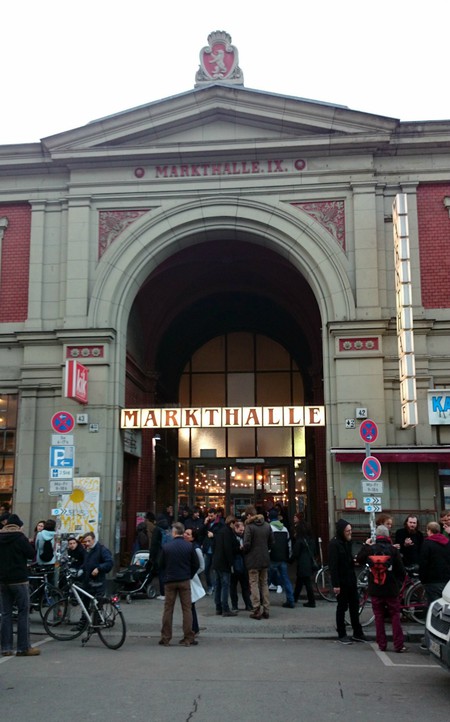 Markthalle X, Arminiushalle, is located in Berlin Moabit. The expansive, covered market was built in 1891, as part of the same city initiative. Comprised of over 3,500 square meters of floor space, Arminiushalle sprawls over an entire building block. In 2010, the Berlin Großmarkt took over the operation, and now its vendors primarily sell artisanal and gastronomic delights – along with, of course, fresh produce, meats and dairy products, just like in the old days. There are also some stands dedicated to the sale of arts and crafts in addition to flowers, household décor and even cosmetics. Arminiushalle is open Monday through Saturday. 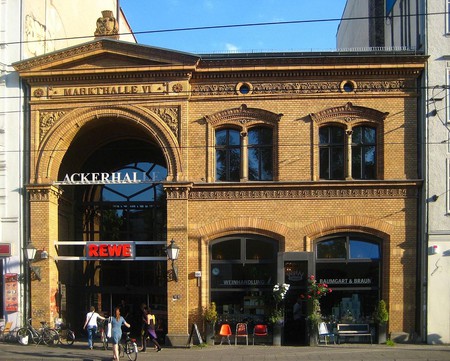 Located in Kreuzberg, the Marheineke Markthalle (Markthalle XI) in the Bergmannkiez is also still in operation. It too was built in 1891, destroyed during WWII, and reconstructed in 1951, this time with a refurbished cellar. Spanning across about 2,500 square meters – as many as 290 of them with streamlined space allotments of four meters each – this was considered one of the more modern market halls of its time.

Still under control of the company Berliner Großmarkt, Marheinke Markthalle was subject to major renovations in 2007, allowing it the opportunity to reclaim its status as one of Germany’s most modern marketplaces. Today, many grocers, food vendors and small restaurants can be found here, on multiple levels. Plus, it is open daily save for Sundays. 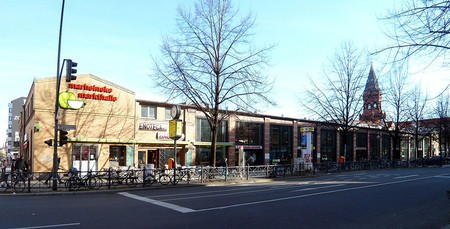 Lost But Not Forgotten

While some markets were utterly destroyed and never rebuilt, including Zentralmarkthalle in Alexanderplatz and Markthalle II on Lindenstraße, others have been preserved in various forms. The façade of Markthalle I, Zimmerhalle in Mitte still remains, and the new building functions as a residential space. Markthalle IV is now part of the Press and Information Office of the Federal Government, after serving as a Postal Cheque Office for many years. While Markthalle VI in Mitte is no longer a traditional market, as the premises have been converted into a modern supermarket. Markthall VII on Dresdener Straße in Kreuzberg also functions as a residential building with a restaurant housed inside. 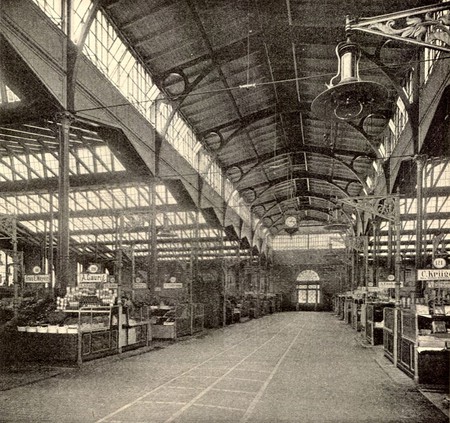