A Brief History Of Teufelsberg 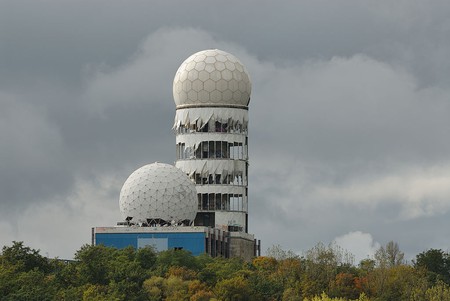 Nestled rather menacingly within Berlin’s Grünewald Forest is Teufelsberg, a man-made hill whose name in German means ‘Devil’s Mountain.’ It played an important role in US intelligence during the Cold War as a listening station. Here’s a brief history in just one minute.

Teufelsberg itself was created literally out of the rubble of the fallen Third Reich, as most of the hill is comprised of debris from the war. The complete ruins of a Nazi military college, known as Wehrtechnische Fakultät, still lie beneath the surface. Teufelsberg stands at over 120 meters high, sprawling over 75 million cubic meters of detritus collected and dumped at the edge of the city. In this respect, Teufelsberg is one of many mounds like it located in cities across Europe.

Yet, there is certainly something else that distinguishes this mammoth hill. With the onset of the Cold War and the tense division between East and West Berlin, the United States National Security Agency (NSA) set up a watchtower at its summit, whose abandoned remains are now Teufelsberg’s most notable feature. The tower was one of the organization’s largest listening stations, and it was believed that the operation was part of the infamous Echelon, a global intelligence network. Soldiers manned this station around the clock to listen in on not only the GDR, but also the Soviet Union and other countries behind the Iron Curtain. The operation continued for decades until the fall of the Berlin Wall in 1989. 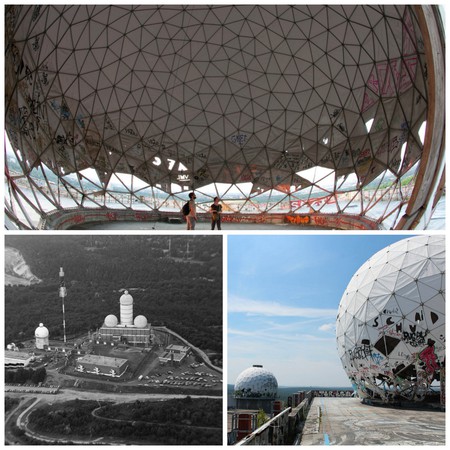 Naturally, many rumors and speculations about the NSA spying emerged over the course of the US presence in Teufelsberg. For instance, people believed the US had also infiltrated the hill itself with tunnels, some even thinking that Teufelsberg doubled as a submarine base.

Despite attempts to tear the towers down in order to develop the area following German reunification, such initiatives have since proved unprofitable. While the listening equipment has long been removed, the radio dome towers are still situated on the site, and it is possible to visit them.