A Brief History Of Potsdamer Platz 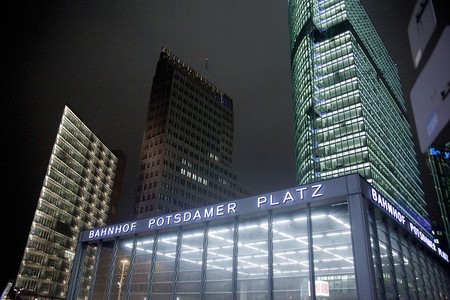 No doubt, Potsdamer Platz is one of the most iconic places in Berlin. Known today for its larger than life architecture, ritzy hotels, and bustling shopping areas, this square also has a long and eventful history as an important feature of Germany’s capital. Here’s everything you need to know about it in just one minute.

Situated at the exterior of the old city walls that enclosed Berlin, its beginnings were humble. As early as 1685, present day Potsdamer Platz functioned as a trading post between rural areas to the southwest of Berlin’s historic core. The square is named after Potsdam because when it was first created, the road connecting the two cities crossed through this square. Friedrich the Great later favored this area during the mid-18th century because it marked the juncture to his palace in Potsdam, which led to its superior upkeep and notoriety.

Because Potsdamer Platz was technically located outside of the city limits, however, it wasn’t subject to the strict planning guidelines as the rest of the Hauptstadt, allowing it to develop the spontaneous, frenetic, and extravagant character for which it became known. In 1838, a railway stop was established here, adding to its prominence as a populous area with many different people and cargo coming and going. By the late 19th century, lots of large buildings, restaurants, and shops were bustling with life in the square. 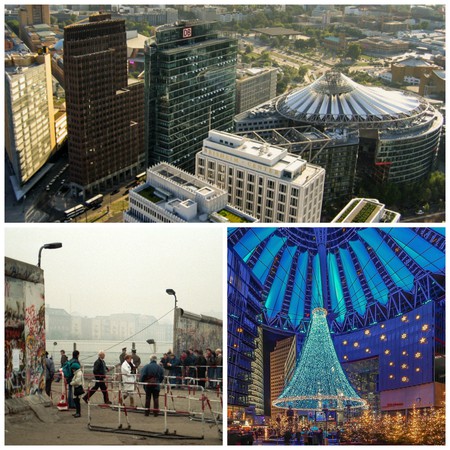 During the 1920s, the now elegant Potsdamer Platz was the place to be for liberals, adventurous youths, entertainers and creatives. By this time, it was one of the busiest places in all of Europe, with more traffic passing through it than anywhere else on the continent. Yet, all of this was short lived. The square was almost entirely demolished during World War II. Afterwards, it functioned as the border triangle between Soviet, American, and British occupying forces. Interestingly, Potsdamer Platz also served as the city’s black market during the post-war years.

Due to the People’s Uprising against the GDR, the square was reduced to rubble in 1953, and it remained in this condition as it was situated at the border between east and west for decades. After the fall of the Wall, much went into the revival of Potsdamer Platz to its earlier glory days. With the construction of the massive Sony Center, Daimler City, and more, it is again one of the liveliest places in Berlin.