8 Stereotypes About Berghain That Are True 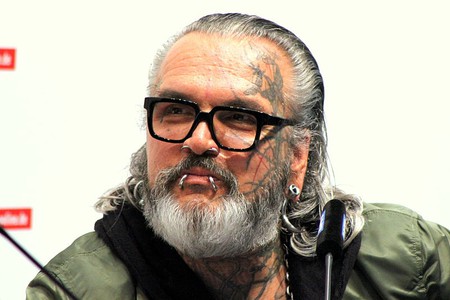 Berlin has long been known for its unparalleled nightlife scene. People come from far and wide to party like the city’s natives, but fitting in might require a little bit of legwork, particularly for those who are thinking about going to Berghain. Only individuals who look and act the part will get admitted here, which has cause plenty of odd behaviors to become the norm. Here are 8 stereotypes about Berghain that are actually true. 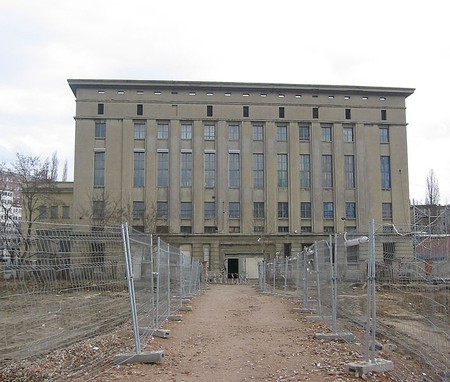 Oh, the things we will do to be liked…in this case liked by Sven, the Charon to Berghain’s entryway. Achieving the Berghain look often means looking at least slightly absurd. It is common to see people wearing outlandish duds or opting for a getup comprised of items that aren’t technically meant for wearing (the pet dog’s leather collar, anyone?). Some may look as if they haven’t bothered to getting dressed at all by showing up in pajamas or simply going nude instead. Tattoos and piercings are also a must.

Sure is a warm day for all those black clothes 🙃 going in!

They look like they don’t even want to be there

Berghain is probably one of the most hyped aspects of Berlin. People regularly wait for four hours in the freezing cold just to get a chance to spend the night (or weekend) in there. Ironically, most take pains to look as disinterested in getting in as possible. This is because appearing entirely bored and dull-eyed is said to raise the chances of getting admitted. Even once people are allowed in, they hold this strange façade at least until they are safely past the coatrooms. Once a person makes it far enough in line to be within ear shot of the doorman, most seasoned Berghainers will agree that speaking at all – especially in English – is a no-no.

As we mentioned earlier, Berghain is one of the most discussed aspects of this city’s famed nightlife. Naturally, bright-eyed, excited, and intrigued tourists flock to Berghain with the hopes of getting in. Unfortunately for them, many are doomed before their even have a chance. Speaking loudly in English or other foreign languages, snapping selfies, and just seeming altogether too enthused are dead giveaways. To maintain everything that makes Berghain so intriguing in the first place, the doorman is pretty reactionary against obvious tourists, but these unassuming individuals seem to keep on waiting for hours in vain anyway.

The hygiene game is not so strong

While the styles of Berghain are certainly interesting, they are accompanied with a distinct disregard for personal hygiene. Their goal, after all, is to look grimy enough to convince Sven that they don’t care, remember? Looking fresh, clean, or particularly put together in any way is typically a sure-fire way to get sent walking. Instead, most people show up to Berghain looking like they already came from a 3-day partying bender, and it’s likely that many actually have. Be warned, though, people inside may not be smelling too great, but perhaps that had something to do with how they got in in the first place.

You can't feel it if u don't have it

The one that goes to Berghain every Sunday afternoon

Speaking of Berghain regulars, it’s no secret that Berlin is overflowing with hipsters. Dressed in all black and donning some pretty interesting hairdos, it’s pretty common to spot far more than a handful of them in line at Berghain. Their favorite time to hail all the way from Neukölln for some time spent at the club? Sunday afternoon. Only in Berlin do people start their partying at the weekend’s twilight. Yet, we have to hand it to them, many of these hipsters have become Berghain regulars with this strategy. 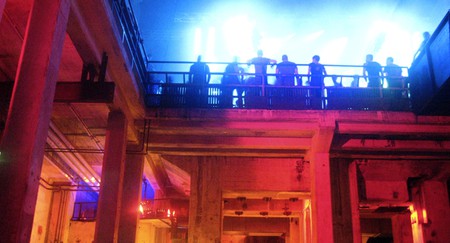 Any other plans scheduled for the rest of the weekend. Friends. That phone call to mom. Work on Monday morning. Sleep. Proper sustenance. Indeed, once they’re in, it’s best not to expect to see or hear from them until the weekend is over. As soon as the dedicated Berghain-goer sets foot in line, all other obligations are off. It is perfectly normal even to leave the friends they came with in the event that they get denied. Unlike other clubs where people go around as one unit with your wolf pack, at Berghain, friends let friends go party even if they themselves didn’t get in.

Once they’re in they won’t leave for days

It’s a lot of hard work to get inside! Whether it’s that those admitted are still riding on the ecstasy of getting let in for the next 24+ hours or that what’s inside is just that amazing, people really do get sucked into this mysterious underworld of partying and debauchery. Of course, some of the best DJs in Europe play here, and there is even an ice cream shop inside. For those who want to do the experience like a real Berliner, let the night unfold into mystifying oblivion, but make sure to eat a good breakfast…even if that ‘breakfast’ is a pizza on Friday night.

Who Sven chooses really is a mystery

To their surprise, sometimes even regulars get turned away. Some will actually go home, change clothes, and try again, but this probably still won’t crack Sven’s secret dress code. That’s because beyond a few generally accepted guidelines, there’s no apparent rhyme or reason to getting past this stonewall of a doorman. Some swear by their own strategies for making it past Sven’s scrutiny, but no one can be really ever be sure. Instead of letting a Berghain rejection launch you into a spiraling identity crisis, start training for next time.

While it’s hard not to be fascinated and even a little bit hung up on Berghain, there’s always next weekend. In the meantime, enjoy one of Berlin’s many other amazing clubs.