It’s no secret that Germany dominates when it comes to its orchestras. The Berliner Philharmonic, in particular, is consistently ranked the world’s best orchestra. Experts have tried for years to put their finger on what it is that makes this orchestra so special. There are many theories, but here are our two cents on the matter.

Some of the world’s top classical music experts love them

While even the orchestra’s conductor, Sir Simon Rattle, admits it is hard to pin down just what exactly it is about the Philharmonic that sets it apart from others. Still, there is certainly no doubting that they are utterly celebrated by experts and critics. The Berlin Philharmonic has won its fair share of ECHO Awards, Grammys, BRIT Awards, Gramophone Awards, and many other accolades. It is consistently ranked one of the top orchestras in the world, and it often holds the number one spot in this regard. Not to mention it generally receives raving reviews when it makes appearances in other cities. This philharmonic is not the best in the world simply because of its honors, plaques, and trophies, however. 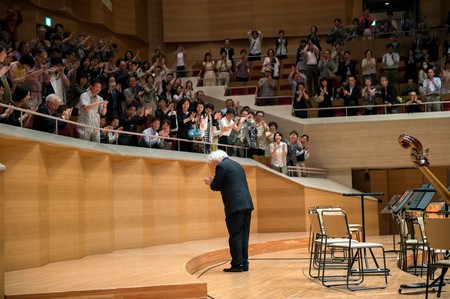 The Berliner Philharmonie has some pretty groovy architecture

Unlike many orchestras that strive for more traditional architectural styles, the Berlin Philharmonic has certainly done things a bit unconventionally in this regard, especially considering the time when it was built. Since it, like the majority of Berlin’s buildings, was destroyed during the Second World War, the Berlin Philharmonic as we know it today was first erected in 1961. This striking pentagonal yellow concert hall was the product of designs by Hans Scharoun. It, along with the Neue Nationalgalerie, the chamber music hall, and the State Library, makes up Berlin’s Kulturforum. The building has since survived a fire and still maintained its marvelous acoustics, but more on that next. 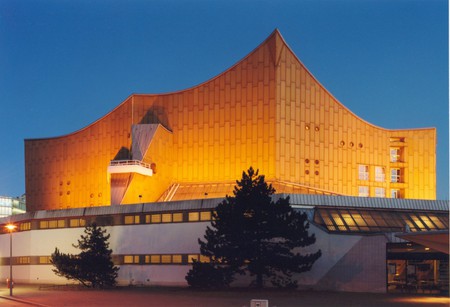 The Berlin Philharmonie is home to unrivaled acoustics

Beyond its eye catching appearance, the Philharmonie itself is renowned for its phenomenal acoustics. It is home to what is known as ‘vineyard style’ seating where the audience sits in balcony terraces that arise from a central orchestral platform. The Berlin Philharmonie was one of the first orchestras to adopt this configuration, and many others have drawn inspiration from it since, including the iconic Sydney Opera House. Architect Scharoun employed the help of Lothar Cremer, an acoustics expert, in creating his design. Plus, the irregularly changing height of each row in the Berlin Philharmonie’s seating makes it so that the audience has better visibility of the stage overall. 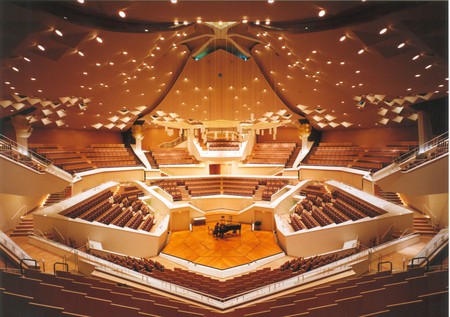 It’s not even that the Berlin Philharmonic needs to rely on the excellent acoustics at their home base to sound as beautiful as they do. In fact, The Guardian describes it as an ‘orchestra in which every player has the virtuosity and, more tellingly and as required, the attitude of a soloist’. Not to mention, they are endlessly committed to striving to be even better than they already are. They have managed to cultivate a distinct musical style, injected with just the right hint of passion and emotion, which many classical music lovers can recognize in their work. The Berlin Philharmonic is a relatively international ensemble with around 50 of the 128 members hailing from abroad. 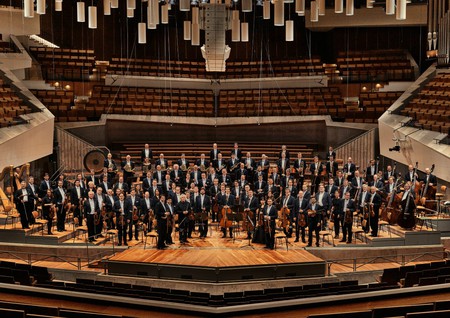 In many ways, the Berlin Philharmonic is versatile and innovative in its performance style. Each summer they host outdoor concerts at the Waldbühne, a forested venue at the outskirts of the city. As many as 22,000 people can fit here at one time, but in case you’re unable to make it, sites like Classicfm.com do live broadcasts. Alternatively, the Philharmonic itself has its own Digital Concert Hall. From this special online feature, it is possible to hear them play from anywhere in the world. The Digital Concert Hall broadcasts their live performances in addition to allowing users access to their musical archive. 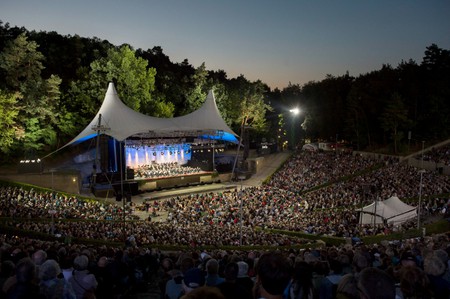 The Philharmonic has had some pretty amazing conductors

Probably one of the most definitive reasons why Berlin’s Philharmonic is considered to be the best of the best is because of its outstanding conductors. The last three in particular are touted for their unique styles of warmth and ingenuity. Beginning with Herbert von Karajan, who filled this role for 35 years from 1954 to 1989, is often credited with establishing the orchestra as a world-renowned philharmonic. Next, Claudio Abbado is known for infusing the performances with love. Now, Sir Simon Rattle continues to propel the orchestra to new heights with his pioneering spirit and meticulous attention to detail. 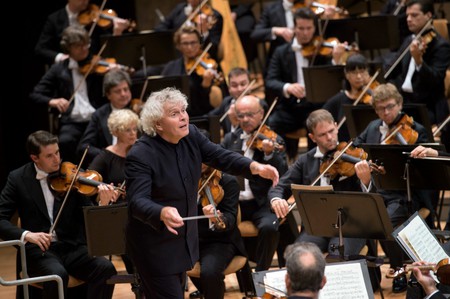 Last but not least, the Berlin Philharmonic just offers a breath of fresh air within the classical music scene. They do things a bit differently, and are willing to push the bounds of the genre. The Philharmonic’s cellists, for instance, play jazz and showtunes from time to time. The horn section even hosts regular hangout sessions where people can come to eat cake and chat with them. They are even known to pull their fair share of pranks. Once when their concertmaster directed them to begin playing Prokofiev’s First Violin Concerto, they tricked him by beginning to play Mendelssohn Concerto instead. Naturally, the skilled concertmaster just went along with it. It probably helps that the average age of the members is 38, which is quite young for an orchestra. 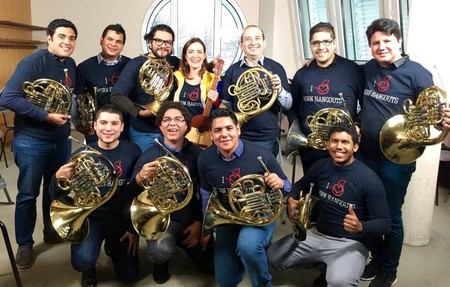 Courtesy of Horn Hangouts
Give us feedback