6 Emerging Artists from Berlin You Should Know 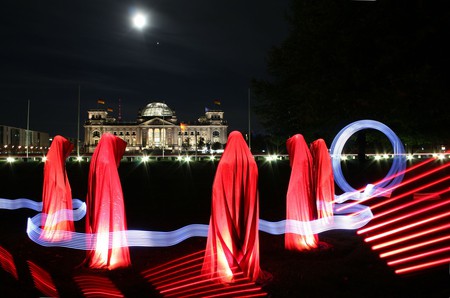 A live light installation in the centre of Berlin | contemporaryarts/Pixabay

Berlin has proved itself over and over as an influential force in art and culture. The city is like an incubator, nurturing a diverse horde of young artists who have come to reside in its welcoming, open arms. Here are the Berlin-based artists we’ve got our eye on.

This London-born, but Berlin-based artist has a range of sculptural practices that combine many different skills and materials, from the everyday object to the precious and the rare. She creates compelling and often humorous installations, with titles such as Are you eating well? and Lower your ambitions. She is represented by ChertLüdde gallery, and her current solo exhibition with the gallery entitled Double Standards also falls on Berlin’s Gallery Weekend, which takes place at the end of April. She also has work exhibiting in Mexico City at the moment. 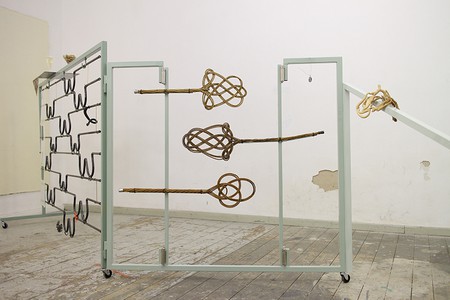 Schönefeld graduated with a Masters in Fine Art and a PhD from the University of Berlin. She describes her installations and videos as not simply aesthetic works, but rather as a challenging response to the avant-garde movements of the early 20th century, in order to reconstruct an aesthetic that satisfies both artistic reflection and the socio-political conflicts of our time. She is a multidisciplinary artist living and working in Berlin. Nina showed her project Hacker on the Run : Rise of the Black Wolf at coGalleries in Berlin, and her work is also regularly shown in galleries like Fata Morgana and SchauFenster. 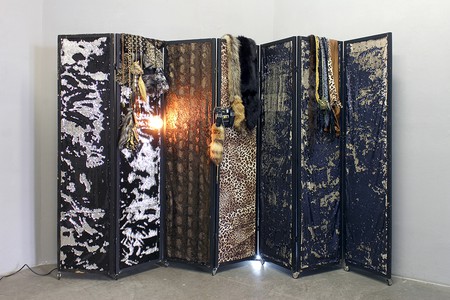 From Schönefeld’s last exhibition, The Rise Of Black Wolf – A Hacker On The Run | © Oliver Jackel/Courtesy of the artist

Jezierski was born in Berlin and lives and works in the city, too, so she’s as ‘Berliner’ as it gets. She earned a BFA in 2002 from the Berlin University of the Arts under Tony Cragg and Valérie Favre, while in 2005 she was awarded the NICA scholarship to study at the Cooper Union in New York. Her works combine painting, collage and installation. She has already had a handful of solo shows in galleries across Germany. Her work was displayed at the exhibition SMALL- An exploration of miniature at Sexauer Gallery in Berlin this year, and she is a part of the group show Energy Fields at Kunsthaus Taunusstein currently on display until May 30. Look out for her upcoming solo show at Philine Cremer Galerie in Düsseldorf on June 2. 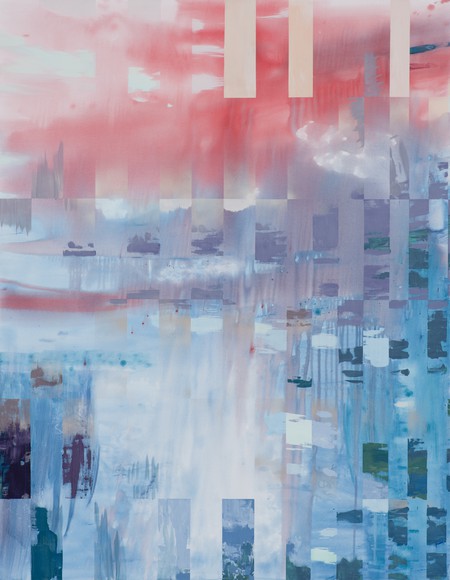 Hailing from Louisville, USA, Rennekamp found his home in the Berlin art scene when he received a grant to work in Berlin as an intern under artist Oliver Laric. A student of Film and Electronic Arts, Billy creates installations using sports paraphernalia as his main artistic medium, distorting familiar objects into a different version of itself, for example, a basketball stretched into narrow transparent cylinders – the ball having lost its original function. His fascination with sports equipment is the result of growing up around professional polo and training horses with his father. The experimental artist considers himself an ‘eternal intern’ and has a studio in Neukölln. 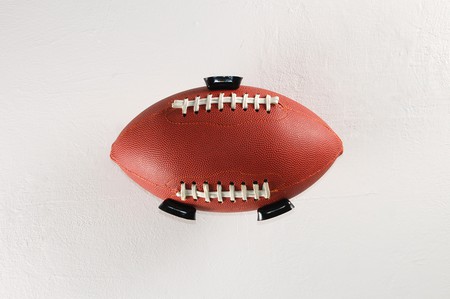 Houston in the Blind, 2013 | Courtesy of the artist

Born in Braunschweig but living in Berlin, Norwegian-German artist Yngve Holen explores the concept of post-humanism in relation to the constant advances of technology on the human body. His installations and sculptures on the theme are unique and edgy, embracing new technologies and found objects. His work caught the eye of art collector Anita Zabludowicz at Frieze London in 2015, who instantly felt a connection to the the way the artist views the world, and began collecting his work. Shortly afterward, he presented an intriguing solo exhibition at Stuart Shave/Modern Art, entitled Earthlings, which encompassed glowing, wall-mounted lamps fashioned from the headlights of scooters. 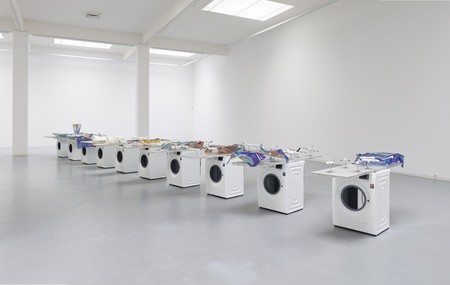 Originally from Hamburg but living in Berlin, Kiessling is represented by the Alexander Levy gallery. The artist works with photography, installation and sculpture, although for him, the actual art is the experience one feels when moving through one of his immersive pieces. He was recently selected for the 5th Moscow Biennale for Young Art and has also done some mind-bending collaborative work with fellow Berlin up-and-comers on a desert-inspired exhibition in Los Angeles.