10 Things You Need To Know About Berlin's Fernsehturm 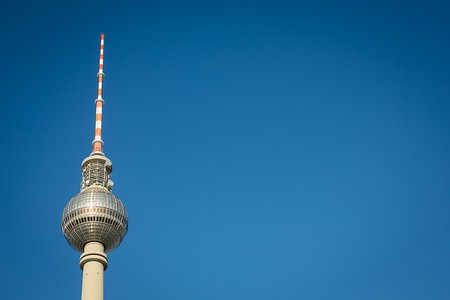 The TV tower (Fernsehturm in German) is a landmark of Berlin. It even has a special hashtag on Instagram – ‘that tower again’ – and it is not a coincidence, since the tower is visible almost from every point of the city. Here are some facts that you need to know about this incredible structure. 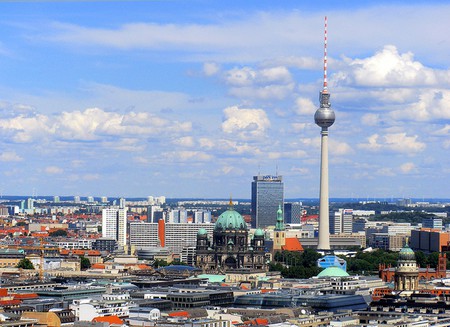 1. It was originally designed to be only 130 meters tall.

At first, the TV tower was supposed to be much smaller and located in another place – Müggelberge. The first outbuildings were even built, but then the Ministry of Internal Affairs realized that the tower would be in the flight path of planned Schönefeld Airport. The authorities were forced to look for other locations. They considered building it on the site of the demolished Berlin Palace, but it was impossible because of the sandy ground, so the location of the future tower moved nearby with the new plan to build the tower at Alexanderplatz.

Building of the tower began in 1965 and finished in 1969. The East German government had a goal to finish construction by October 3, 1969, so the laborers worked in three different shifts to expedite the process. The construction cost 200 million marks, which exceeded the initial cost by a factor of four.

3. It is extremely heavy. 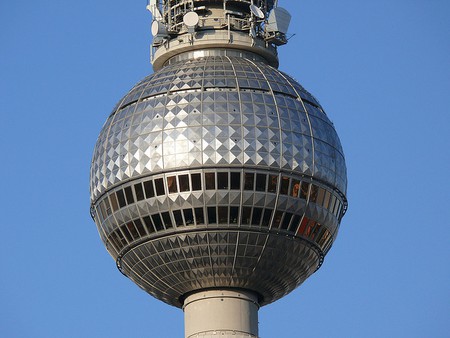 The sphere of the Fernsehturm | stachelbeer/Flickr

4. It is the tallest building in Germany.

The total height of the tower is 368 meters. It ‘grew up’ a bit after installation of a new antenna in the 1990s; previously it had been 365 meters. The observation deck on the sphere is located 203 meters above ground, which means that visitors can observe the landscapes of Brandenburg 42 kilometers away on a clear day. The antenna itself is 118 meters high.

Although the oscillation of the tower is hardly perceptible, it can sway. At the top of the antenna, the movement can reach 60 cm, at the sphere about 15 cm. The frequency can be between 7 and 10 seconds. The tower has a mass damper, a metal rod that weights 1.5 tons and is suspended by three cables. In addition, there are four hydraulic telescopic shock absorbers.

The tower is one of the best sights in Berlin and has a million visitors a year. Since its opening, the Berlin Television Tower has attracted 37 million visitors from all over the world. According to the safety regulations, only 400 people are allowed to be in the sphere at the same time. That includes 380 visitors and 20 staff members.

7. There is no kitchen in the sphere’s restaurant.

The restaurant rotates, which allows visitors observe the city sitting in their chairs and drinking a cup of coffee. It takes 30 minutes to fully rotate. To avoid emergency situations, the constructors built the kitchen downstairs. All ordered dishes are then brought up via a special separate elevator.

8. The elevators are extremely fast.

There are three elevators in the tower; two of them are for the visitors, one is for the personnel. It takes only 40 seconds to reach 203 meters: 6 meters per second. If one of the elevators breaks down, another elevator is able to reach the same height and to evacuate people.

9. The tower is safe in bad weather.

Although there are only around 30 stormy days in Berlin, the TV tower is the best lightning rod in the city. Moreover, there is special protection around the sphere that protects passerbys from sudden avalanches. 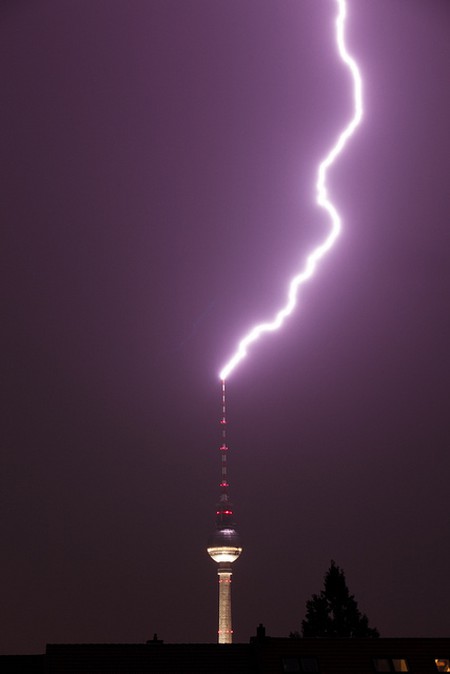 The tower is not just a tourist attraction. It is owned by Deutsche Telekom, and over 60 different radio and television programs are broadcast via the tower’s antenna. The broadcast equipment was renovated in 1990s and continues to work today.