10 Things You Didn't Know About the Berlin City Palace 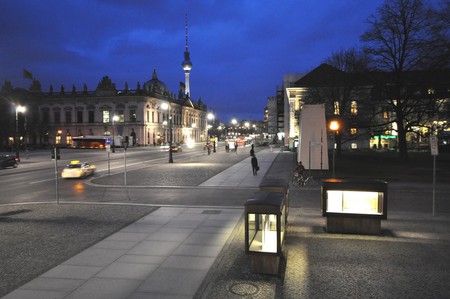 For roughly a decade, one of Berlin’s oldest royal facades has been under construction on Schlossplatz in Mitte: the Berlin City Palace is once again being built in the heart of Berlin as a museum celebrating cultural diversity. In 2002, the German parliament decided to rebuild the Stadtschloss (City Palace) with a few modern twists, a project that has certainly caused drama, debate, delays and excitement among locals and visitors who look forward to welcoming the new gem to the city.

East Berlin was unkind to the Palace

During World War II, the City Palace was bombed twice, which left it as a burned shell of its former glory. Despite this, the building itself remained structurally sound and much of its interior remained well preserved. The palace could have been restored, like so many other bombed buildings in Mitte were, but because it was located in East Berlin, the GDR (German Democratic Republic) decided against restoration and declared the palace a symbol of Prussian militarism.

A Soviet war film was shot there

The City Palace was also the backdrop of a Soviet war movie, The Battle of Berlin. Live artillery shells were fired at the building during filming for realistic cinematic impact, causing further destruction. 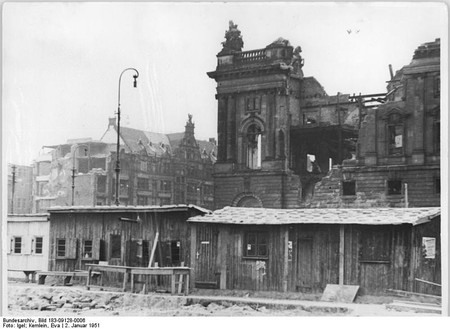 Following Germany’s reunification, a 20-year-long debate started in Berlin as to whether the City Palace should be reconstructed. The Bundestag (parliament) remained divided on the issue until a breakthrough in 2002 when it was decided that reconstruction would take place under a number of conditions.

Mixing some of the old with new

The Bundestag agreed that three facades of the Stadtschloss would be reconstructed and that its interior would be modernized. After years of hotly debating the issue, the plans were finally approved and it was decided that the new City Palace would be used for exhibitions by the Humboldt Forum. 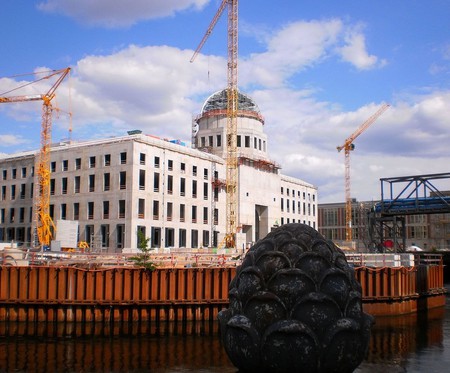 You can donate to the reconstruction

The €552 million ($680 million USD) price of the reconstruction was funded by a public-private partnership: the national and local governments contributed the lion’s share of the money while private donations financed the facades until production was later halted for some time due to government budget cuts. Today, construction is once again underway and those who feel particularly passionate about the project can help it come to life with online donations.

A German version of the British Museum

While the City Palace will be a visual gem for the city of Berlin, the Humboldt Forum is also bringing some excitement to the city’s museums. The new project will focus on non-European art and world cultures. Modelled after the British Museum and Paris’s Centre Pompidou, its first artistic director will be former British Museum head Neil MacGregor. 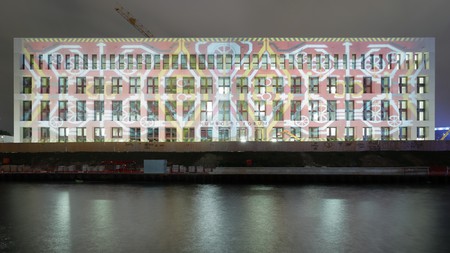 The cross that caused controversy

The reconstruction of the City Palace has, since the fall of the Berlin Wall, ignited fierce debates. The most recent involved a conflict about whether the building’s dome should be crowned with a golden cross. Left-wing politicians objected to the cross, arguing that it contradicted the initial plan to have the palace function as a home for an inclusive, secular museum. Others argued that Christianity was an important part of the traditions that shaped the West and that Germany should not deny this part of its past. Supporters of the cross also pointed out that donors specifically wanted the facade detail to accurately reflect what the palace once looked like.

You can watch the reconstruction online

History and architecture buffs who are particularly invested in the project can watch it unfold before their eyes online. A webcam has been set up that offers the chance to check in on the reconstruction of this iconic site. 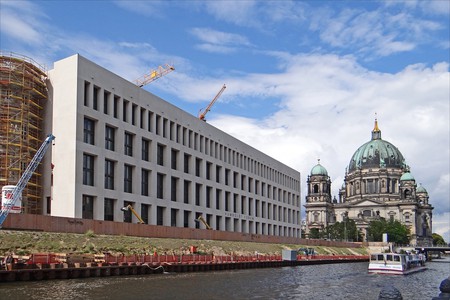 The palace was originally built in 1441 and was later expanded in the renaissance and baroque styles. To accurately reproduce its stunning and intricate facade, the project’s architects have to produce 3,000 pieces of sculptured art to adorn the building.

It will soon be restored to its former glory

If everything stays on track, Berlin’s City Palace will be completed by 2019, with the first official Humboldt Forum exhibition promising to wow visitors next year.