10 Things Every Expat In Berlin Should Know 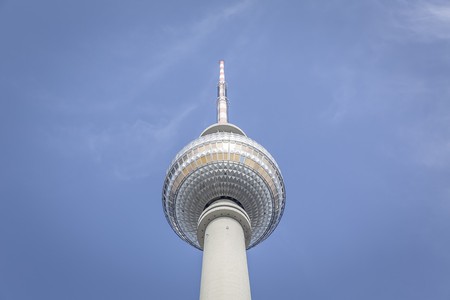 A city with about a third of its residents possessing a non-German background, no doubt Berlin is a haven for expats. People are drawn here each year for the low cost of living, creative spirit, and lively nightlife scene. Yet, uprooting and moving abroad is not always a walk in the park. Here’s some advice that’s sure to help anyone looking to make a new life in Berlin.

Even though you can get by without it, learn German

Berlin is a highly international city. In many offices, especially startups, the working language is English. Virtually all people below the age of 35 that you encounter will speak this language with fluency. Still, if you plan on being here in the long term, learning the language is still really important. This is true beyond the fact that all official documents and interactions with the government will take place in German, and knowing a bit of Deutsch will make these unavoidable aspects of adult life in the country less overwhelming. More than this, attempting to learn the language and to speak it with the German people you meet is a sign of respect and your efforts to integrate. 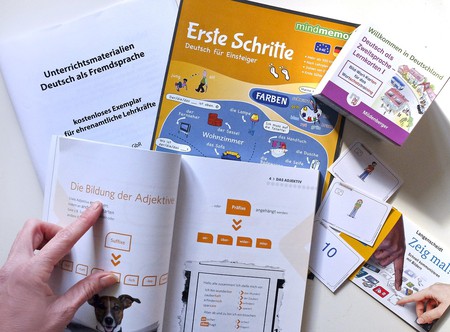 Know your stuff when it comes to German admin

German bureaucracy is a bit of a downer in its rigidity and traditionalism, especially in contrast to life in the rest of the city. So you may be in for a shock after getting used to the unconventionality that you’ve grown used to when it comes time to deal with the Bürgeramt, Finanzamt, or the Ausländerbehörde. Hang in there, though. Remember that you are certainly not the first person in your situation to have had to figure all this stuff out, and you will too. Just be patient with yourself as you begin to crack the code that seems to enshroud every bureaucratic interaction you’ll have. Do your research, use your resources – including German speaking friends and other expats. You will manage! 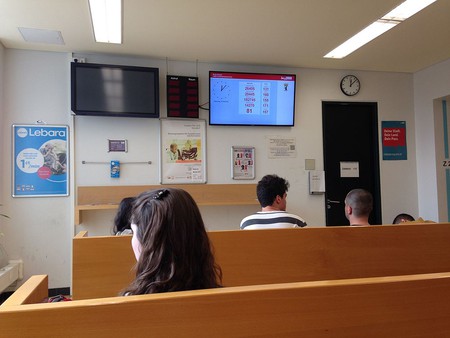 On getting a flat…

While Berlin is renowned for its affordability, the character of the city is undoubtedly changing. While you might still hear giddy newcomers speaking in hushed tones about how much cheaper things are than wherever it is they are coming from, more and more people are getting the memo. The result is that rents and other living costs are steadily rising, and there are fewer vacancies as people continue to flock to our coveted city. With all this being said, don’t give up! Again, it’s all about using your resources. Online there are plenty of useful sites for finding a place, like wg-gesucht along with Facebook groups dedicated to various nationalities living in Berlin. Sub-letting is always an easier option, but renting your own place is in the realm of possibilities, too. 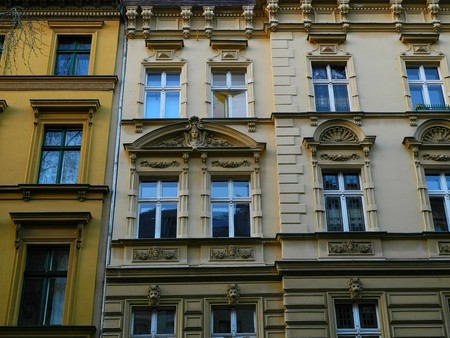 Realize your social role in Berlin and stay mindful of it

Now more than ever, as a newcomer, it’s important to be conscious of the impact your presence is having on the place where you live. Do your best to support local businesses and to be aware of the ways the influx of expats might affect the character of the city. It’s good to be observant of the goings on in your neighborhood and to get involved by volunteering for causes that stand out to you. Stay up to date on the news and issues affecting the city as this is something that won’t come as naturally as it did when you were a native in your home city. 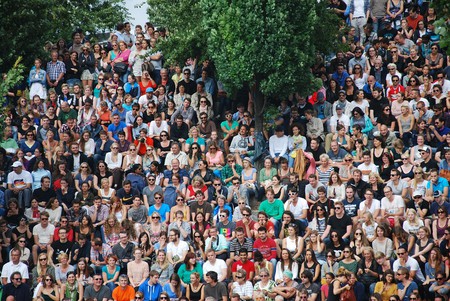 Along with staying mindful of your social role and learning the language, it’s good to be prepared for the fact that Berlin is a very open place, and certainly different from other cities in Germany. Germans are generally quite comfortable with nudity, and underground party culture – and all that comes with it – is considered the norm for many in Berlin. Berliners are equally lax when it comes to drinking or dressing in a myriad of unique styles. It’s not uncommon to see some strange stuff on any given day, but the quirk is part of the city’s charm, so it’s best to embrace it and enjoy it. 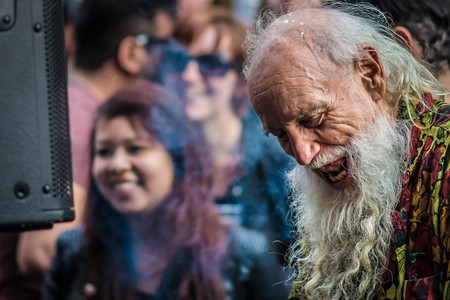 Learn how the city became what it is today, you’ll appreciate it more

As important as it is to know the current situation in Berlin, it’s quite useful to understand a bit of its history, because it is, indeed, very unique. Doing so will inform your daily life in invigorating ways. While standing in Bebelplatz, for instance, it’ll allow you to be acutely aware of the fact that this was once the site of the infamous Nazi book burning. While clubbing in Berghain you’ll know just what kind of tumult and oppression ultimately led to such an underground club scene to become possible. Even in terms of Berlin’s affordability and constant creative potential, these aspects of the city hold their roots in the massive upheaval, ruin, and political change that the city has experienced over the past century. 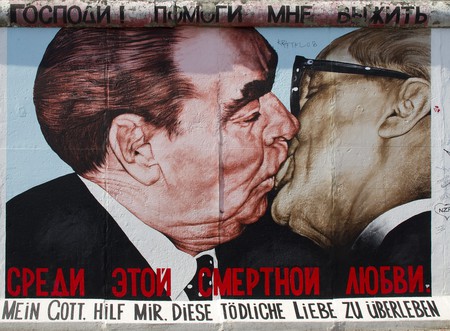 It won’t take you long to realize that Berlin and its inhabitants care a lot about the environment. This fact goes beyond the abundance of parks and notable lack of air pollution. Berliners take recycling very seriously, and passersby will reprimand you for ignoring this norm. Further, many people ride bikes and take public transportation, not only since it is more cost effective, but because collectively doing so lowers the city’s carbon footprint. There are plenty of ways to get involved in composting and to support local farmers at one of Berlin’s many weekend markets. Plus, Berlin is often regarded as the vegan capital of the world, with tons of vegan restaurants ranging from Michelin starred options to pizza and döner stands. 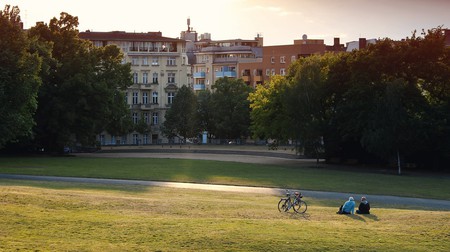 Observe the trends, but only to let them inform a better version of yourself

Indeed, Berlin is filled with ultra-cool individuals and hipsters galore. You’ll be tempted to toss out any clothing you own that isn’t black and to live in a pair of white and green Stan Smiths. You’ll start Instagram-ing your many third wave coffee experiences and likely go through a phase where all you’ll listen to is electronic music. Whilst immersing yourself in the trends of Berlin is something of a rite of passage, in the end don’t be afraid to pick and choose from them while remembering also to feel completely comfortable being yourself. This is the best way to keep Berlin weird, after all. 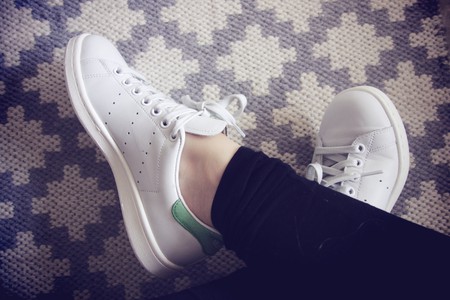 Berlin really is the land of opportunity

Because Berlin is relatively cheap compared to other major capital cities around the world, it still is possible to come here and try your hand at something new. It’s the ideal place to pursue the dreams of being an artist or a writer, something that may have been all but impossible in another setting where simply getting by required you to hustle at a job you hated. The networks and infrastructures for such creative endeavors and entrepreneurial projects are already in place, so it’s only a matter of breaking in and making these raw materials work for you and your goals. 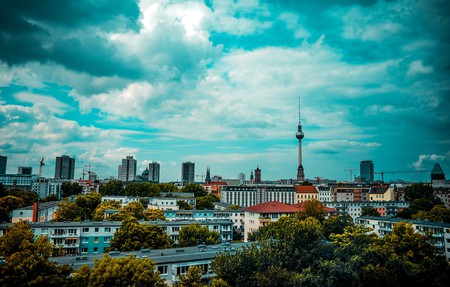 Being an expat isn’t for the faint of heart, but the payoffs are high

The truth is that packing up and moving from your culture, even for those that didn’t quite fit in at home, comes with plenty of struggle. People will stereotype you or tokenize you based on your nationality, you will feel out of place at times, and you will get fed up with how much more elusive it is to deal with basic things while immersed in a different language and culture. Recognize that this is all part of the journey and revel in how much more connected it makes you feel to other expats like you. And when you do begin to figure things out, there’s no better feeling. 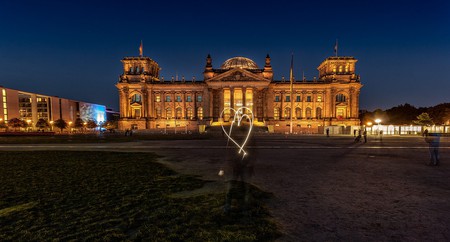