Why Is Human Urine Eroding The World’s Tallest Church? 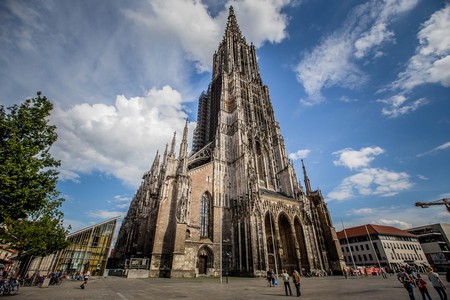 Ulm Minster, in the German state of Baden-Württemberg, was once notorious for being the tallest church in the world. Today what is drawing attention is that its tower’s 160 metres or so of historical significance might come crashing down – because of the streams of urine crumbling its foundations.

While peeing on the side of a church might seem in poor taste, one would never expect for it to have such a devastating effect.

Then again, the old adage does warn that water is more powerful than stone, particularly when it is bolstered with acidic compounds like ammonia. This fact is confirmed by stonemasons hired to assess the damage caused by frequent, repeated splattering of urine on the church, which is actually eroding its foundation. To deter people from doing so, the city doubled the fine from €50 to €100 for choosing to relieve oneself on the lower walls of the Ulm Minster, which has a tower 161.5 metres (530ft) high. Yet, so far, it doesn’t seem to be making much of a difference. In fact, one of the stonemasons has said that in the last year or so, the frequency of people who come to urinate — and even vomit — on the church may have actually increased.

At this point, it’s natural to wonder just what makes taking a leak on this historical building so irresistible? Unfortunately, the answer isn’t so clear. The mason in charge of assessing the damage done to the church posits that it might have something to do with the wine festival and famous Christmas market that take place within proximity of the church. A solution offered is to create more public toilets in the vicinity as a means of providing people with an alternative for relieving themselves.

The church took more than 500 years to complete, built between the years of 1377 and 1890. Today, for those willing to climb 768 steps to the top, a spectacular view of the surrounding Alps awaits. Doing so may not be safe for much longer if the pee problem fails to evaporate. It seems that the issue is nothing to do with a direct statement against the church itself, but just driven by a need to answer nature’s call. Still, preserving its foundations simply by choosing to go somewhere else seems like a pretty easy way to be a conscious visitor or a good citizen.