Transforming the Art World: The History of the Documenta Art Exhibition 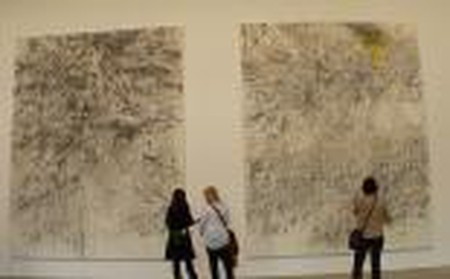 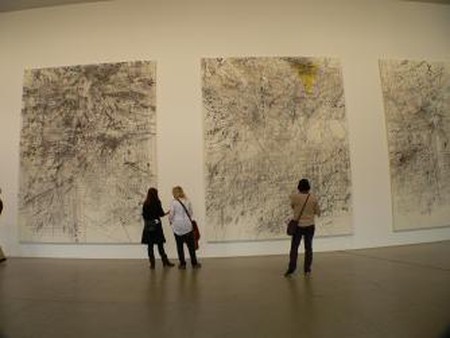 In 1955, the artist, teacher and ‘idea man’ from Kassel, Arnold Bolde, realized how culturally isolated Germany had been since the war. Imbued with a sense of post-war idealism, he decided to reconcile Germans with international artistic works that were banned under the Nazi regime because they were considered ‘Entartete Kunst’ or degenerate art: expressionism, fauvism, cubism, Blauer Reiter, Pittura Metafisica and Futurism. He thus conceived the Documenta project as part of the Bundesgartenschau, a biennial horticultural show set in Kassel at the time. The first Documenta focused on abstract art – in particular abstract painting from the 1920s and the 1930s – and featured prominent artists such as Kandinsky and Picasso. As years passed, the focus of Documenta shifted to contemporary art. Bolde’s initiative became a huge success: more than 130,000 people attended the first edition of Documenta, which immediately established the show’s international credentials. It was Bolde who created the name ‘documenta’, and it is suggested that the word refers to the show’s attempt at ‘documenting’ the modern art world. Relatives of Bolde also claimed that he had coined the word following the latin documentu, which can be divided into ocere, which means to teach, and mens meaning intellect.

Documenta features a variety of artistic mediums including, but not limited to, sculpture, performance, research, painting, film, photography and installation, as well as text-based and audio works. Moreover, it provides a platform for artists who want to experiment with new practices in the fields of literature, science, ecology, aesthetics, politics and – naturally – art. Beyond the exhibition aspect, Documenta promotes innovation and discussion forums and ultimately aspires to ‘publish the unpublishable’. Its directors have also gradually started inviting artists from the Americas, Africa, Asia and other far-flung locations. Constantly evolving and always ahead of the zeitgeist, Documenta explores the idea of art as a global culture and often shapes the cultural and artistic agenda to come. The 1972 edition in particular radically transformed the art world by showcasing conceptual and minimal works, thus redefining what can be accepted as art. For instance, it featured the Swiss artist Adolf Wolfli, at the time still unknown to the art scene but who would later become a prominent member of the Art Brut or ‘outsider’ art label. The same year, Documenta began its policy of naming a different artistic director for each edition. 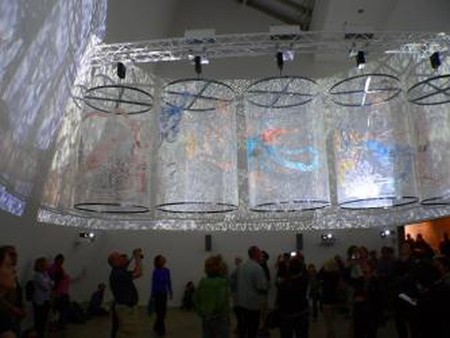 Since its inception, Documenta has generated a massive amount of material, which Bolde began to archive in 1961. Year after year, the rich video and image archive collection is expanding. In 2012, Documenta(13)’s director Carolyn Christov-Bakargiev initiated a project that she entitled ‘100 Notes – 100 Thoughts’: a series of notebooks written by international authors from various disciplines such as economic and political theory, art, psychology, anthropology, poetry, science, language and literature studies, as well as philosophy. The notebooks included commissioned essays, collaborations, note-taking and conversations, and they highlighted the focus of Documenta (13) on the propositional.

Between 1955 and 1992, Documenta was held at the Fridericianum in Kassel. However, in 1992, a special exhibition hall was attributed to the show: conceived by architects Jourdan and Müller, the ‘documenta-Halle’ offers more than 1,400 square meters of exhibition space and houses other exhibitions and conferences throughout the year. But the show has never limited itself to a strict territory: it tends to stretch throughout the city. In 2012’s show for instance, 30 artists exhibited their works in the open-air at Auepark. A tree sculpture by Guiseppe Penone had already been installed there since 2010. In fact, a few Documenta works have now melted into the Kassel landscape, such as the 7000 Oaks by German artist Joseph Beuys and the 1992 Man Walking to the Sky sculpture by Jonathan Borofsky. 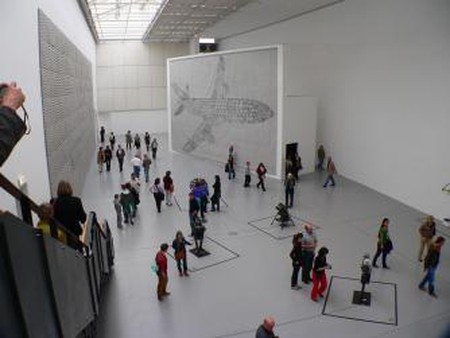 Joseph Beuys played a pivotal role in shaping the political agenda of Documenta: he strongly advocated for a format that would respect both ideas of inclusivity and difference while disrupting Documenta’s Eurocentric approach to art. Worried that artists and audience at Documenta understood culture from a strictly Western perspective, he transformed Documenta into a platform that provides a global representation of culture. Okwui Enwezor, the first Black and non-European director of Documenta, embraced Beuys’ legacy and further explored it by designing an ambitious ‘multi-cultural Documenta’ that he named Platform 5. The ninth edition thus questioned how contemporary art dealt with ‘unceasing cultural, social and political frictions, transitions, transformations, fissures and global institutional consolidations’ within a postcolonial world.

Although Documenta succeeds in gathering crowds, generating ideas and creating excitement around the endless permutations of modern art, critics have argued that audiences somehow struggle to grasp and engage with Documenta’s intellectual content. This is not to underestimate the importance of such debates, but it might be that if it truly aspires to foster social change, Documenta may need to leave its esoteric intellectual bubble and make its material more accessible to a wider audience.

Watch below an overview of Documenta 13: