Toss The Techno And Pick Up Some Tricot 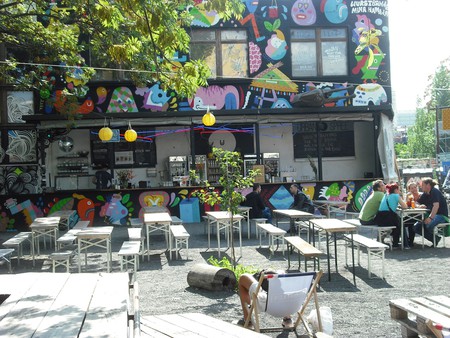 It’s no secret music lovers (and party goers) flock to Berlin for its epic electronic and techno scene. The word Berghain is known more widely than the German word for Hello – which is hallo. Other musical genres often get side-swept or overlooked, existing in the shadows of techno mania. A way to end the music myopia is by heading to new and exciting gigs that showcase everything from folk to noisecore. Sonic expansion begins now. Tricot is an experimental rock band hailing from Kyoto, Japan: Nakajima Ikkyu (vocals, guitar), Kida Motoko “motifour” (guitar, vocals) and Sagane Hiromi “Hirohiro” (bass, vocals) are the lovely musicians in this all-girl ensemble. Having successfully played at major festivals in Japan, they are taking on their first European tour. The beloved Urban Spree is breaking the ice as one of their first venues on this European journey.