Tillmann Lauterbach has been garnering a lot of press over the last two years for his menswear and womenswear designs. His collections have been applauded for their relaxed substructure and undeniable attention to detail and fabrication. Insistent on finding a balance between wearability and variation, Lauterbach’s designs are aimed at providing everyday clothing for men and women who are looking for something simple with a quirky edge. 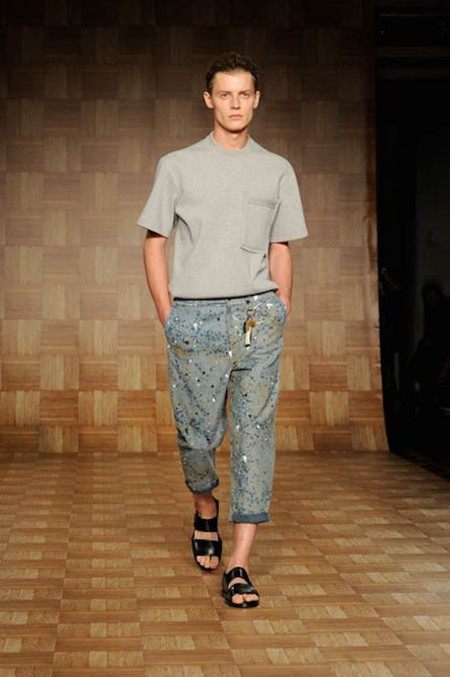 Born in Bonn, Germany in 1977, Tillmann started school in Switzerland and then went on to study pattern cutting at ESMOD in Paris. In 2003 he graduated as a designer and pattern cutter with the award for Best Womenswear, and he later joined Plein Sud as an assistant designer. Lauterbach started his own label Tillmann Lauterbach Paris in 2005 and the same year gave his first show in the French capital. Lauterbach soon began designing a menswear line, which was first shown in 2007 at Men’s Fashion Week in Paris. He also creates art works and has participated in several group shows at Gordon Pym & Fils Gallery in Paris, Galerie des Galeries Lafayette in Paris, and Gallery Kühlraum in Vienna.

Tillmann’s collections are known for including a mixture of limited edition collaborations alongside seasonal staples. Lauterbach’s collections can be found in over 40 shops around the world and Tillmann frequently collaborates with people outside the fashion world, including DJ Sven Väth, Gottfried Tollmann, and model Veruschka. Based in Paris, Tillmann’s designs are mostly manufactured in Belgium by the Geysaman Clothing Group.

Since 2009 Lauterbach has been Creative Director of Croquis, JNBY’s menswear collection. Established in 1984 JNBY’s headquarters are in Hangzhou, China and it is currently selling its men’s and women’s collections through 700 brand stores in China, Japan, Hong Kong, Russia, and Canada. In 2014 Tillmann Lauterbach was amongst the 12 finalists for the prestigious inaugural LVMH Prize and was also invited to show his Spring Summer 2015 collection in Milan by the Camera della Moda Italiana. He participated in a group show with Unica Moda in September 2013 and partnered with them again for an exhibition at 10 Corso Como in Milan. 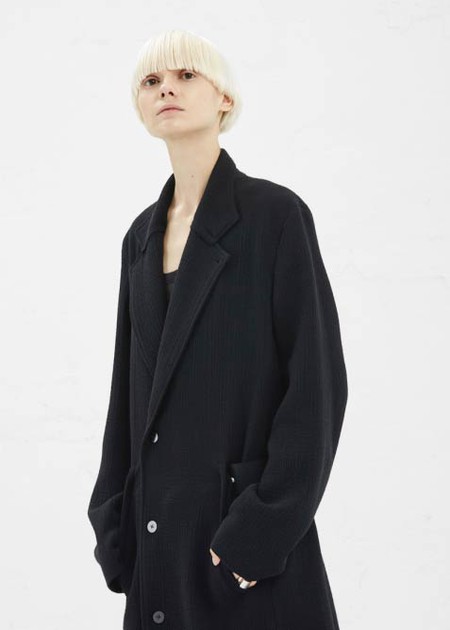 What is unique about the Tillmann Lauterbach brand is its special attention to texture and materials. His collections are constantly inspired by fabrics and textures of the world around him, and he finds hidden treasures in what others may see as the ordinary. Lauterbach described his love of fabrics in a recent interview, saying, ‘I love expensive fabrics, which has nothing to do with showing off or bling-bling, but just good quality. Even in their appearance, they can be humble, but as they age they’re very beautiful, or as you work with them. There’s a certain connection to nature in them. I like that idea, and I wasn’t seeing that in whatever menswear or womenswear I was looking at.’

Lauterbach insists that he and his team ‘do everything the old-school way.’ They design everything by hand in a small three-story house in Paris’s 19th arrondissement and do not touch computers, except to answer emails. They work with small, family-owned mills around Europe and Japan, and Lauterbach says the way his team works, ‘gives a certain energy and zen-ness to the clothes. Not too hyper-speed and not too copy-paste.’ However, with that said, Lauterbach blogs his work experiences and Instagrams his everyday inspirations. 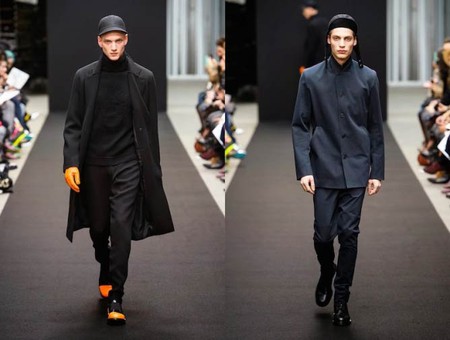 Lauterbach has also been quoted discussing his early success saying, ‘I was very lucky that when I started with menswear, it was somehow happening that womenswear people were oversaturated with too many brands and just doing the same thing over and over. And so after the so-called metrosexual man discovered a new wardrobe, it gave a whole new dimension to menswear. And that’s a cool thing for a menswear designer, because you could let more creativity out in your collections, but you could also reach a bigger audience with it. I think menswear is very cool because in a way, I believe a man represents the way fashion should be. Men don’t change their wardrobe from one season to the other. They buy something of quality, even if it’s a little bit more expensive, and they keep it in their wardrobe and they wear it over and over.’

Tillmann Lauterbach is definitely a designer to watch and with his menswear and womenswear designs full of timeless fabrics and textures, it is unquestionable that he will be around for years to come. 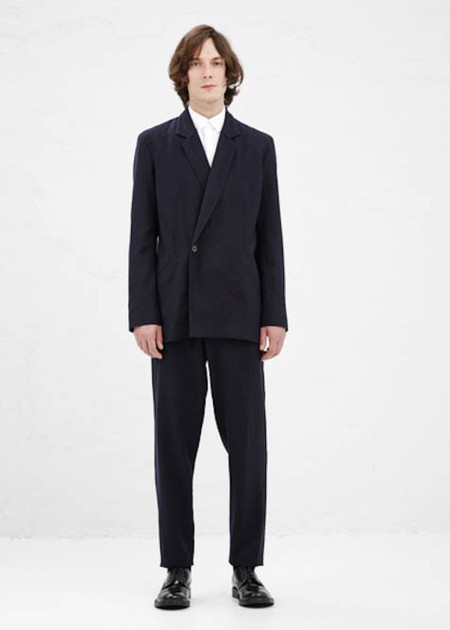