These 7 Contemporary Artists from Munich Should Be on Your Radar 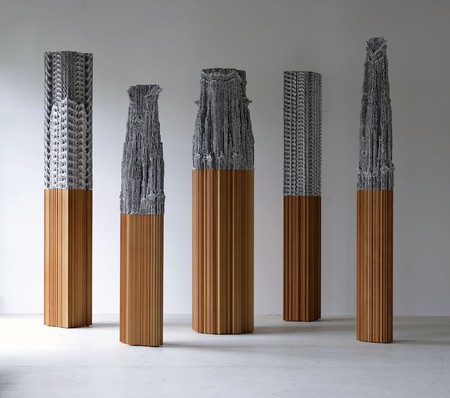 If Sam Taylor-Johnson’s A Little Death is your thing or you can’t get enough of Takashi Murakami’s installations, then a trip to Munich is in order. As well as 80 museums and a plethora of contemporary art galleries, there are some brilliant contemporary artists marking their mark on the art world that you need to know about. Here are seven names to keep an eye out for.

Born in 1947, Partenheimer is the grandfather of the contemporary art movement in Munich, being well known across Germany and throughout the world. After studying at Ludwig Maximilian University in the 60s, his work gained real notoriety in the 80s after being featured in both Paris and Venice Biennials. Influenced by the post-minimalist movement, his work is versatile in both medium and form, ranging from tiny red canvasses adorning the end of a hallway, to large installations in the middle of the China National Museum, Beijing.

Obsessed with structuralism, Spengler’s work is essentially an intricate, 3D construction, be it on a wall or standing proud in the middle of a room. The materials he chooses to work with are especially striking: rather than high-end materials from art suppliers, his work is often constructed from cardboard, contrasted with a polished wooden base. Born in Cologne and now based in Munich, his work has been displayed across numerous German cities, including Bremen, Düsseldorf, and Bonn.

This contemporary Munich artist is reviving the medium of collage. Using simple materials, she creates images that can range from a staircase or tropical scene to work that is resolutely abstract. Her unique take on this often underrated art form has made her a darling of the Munich contemporary art scene; winning a scholarship to undertake a residency in the US from the state of Bavaria, and currently holding residency at Flux Factory in New York. Also look out for her abstract sculpture work, which appropriates everyday materials such as string and Styrofoam.

Anja is a relatively new face on the contemporary art scene, having graduated from the Munich Academy of Fine Arts in 2011. Focusing on sculpture during her degree, Buchheister continues to explore “architectural art” as well as beautifully minimalist sketches and paintings. Texture is central to her work; she creates pieces from folded material, or finely laser-cut paper on a plain canvas, the end result being an intriguing mix of different elements. 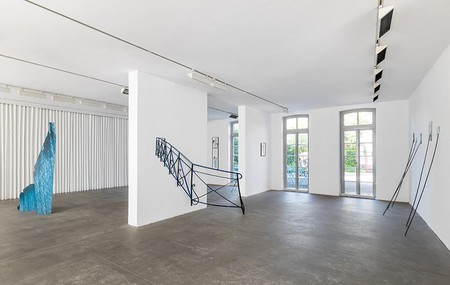 If you happen to time your trip right, you may find one of Carsten Nolte billboard installations dotted around the city. Originally from Marsberg, about two hours east of Düsseldorf, he studied Fine Arts at the Academy of Graphics and Book Design in Leipzig. Today his work ranges from installations of multiple banners with various subtle shifts in tone, to what appear to be pixelated images of everyday life that actually consist of tiny squares of glass, like a modern mosaic.

Making the move from Ukraine to Munich, Koval brings a variety of cultural influences and artistic styles to his work both as a practising artist and guest speaker at philosophy lectures at the Munich Academy of Fine Arts. His work often revolves around grids, where neat rows are disturbed by overlapping lines fighting for space or erratic paint dabs. The wide variety of materials Koval uses as a base is a striking element of his work – anything from cotton to MDF is his canvas. 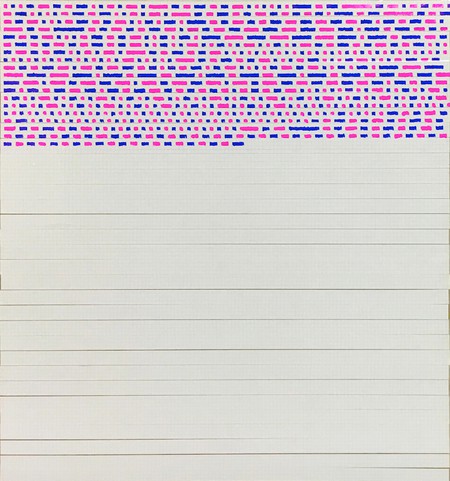 Courtesy of the artist and gallery karin wimmer contemporary art

Having first pursued the study of engineering, Wischnewski had a change of heart and instead became a student at the Munich Academy of Fine Arts. Hints of his training as an engineer are still visible in the highly-structured form his artwork takes today. His installations often have an architectural quality to them, using materials such as suspended fishing nets and wire to create a frame for softer elements. His work has taken him overseas, studying in Helsinki and gaining the DAAD scholarship to study in Sweden.