The Ultimate Guide to the Munich Oktoberfest Parade 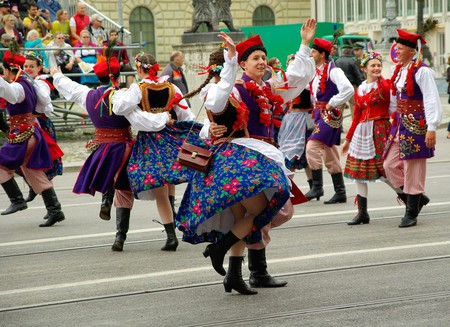 Oktoberfest is the largest beer festival in the world and held annually in Munich, Germany, over a period of around 16 days in September-October. This boisterous folk festival has become an icon of Bavarian culture and attracts almost seven million fun-seekers from all over Europe, who converge in Munich for days of bottomless beer, delicious food, music, fairs, and endless fun. The Munich Oktoberfest Parade, the largest costume parade in the world, is a fitting start to the glorious Oktoberfest celebrations.

When is the parade held?

The parade is held in the morning of the first Sunday of Oktoberfest every year.

Where is the parade held?

The parade starts at Maximilianstrasse and ends at the Oktoberfest venue, passing Munich’s major roads along the way. Millions of spectators line the sides of the road to witness this amazing spectacle. While watching from the sides is free, people who wish to get a better view need to buy tickets for special stands along the road. 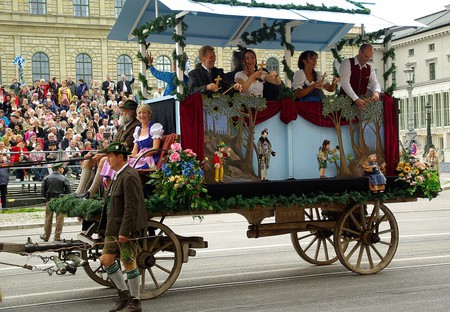 History of the parade

Oktoberfest is actually the longest-running wedding anniversary celebration in history. Back in 1810, the marriage between King Ludwig and Princess Therese of Saxe-Hildburghausen was celebrated with a huge fair, horse race, and free-flowing beer and wine. Children were dressed up in traditional Bavarian costumes for the event. The first costume parade was held in 1835, to celebrate the 25th wedding anniversary of the King and Princess. Since 1950, the parade has been a regular and a much loved part of Oktoberfest. Still today, the tradition continues in honor of the royal couple, though the festival has grown manifold in volume. 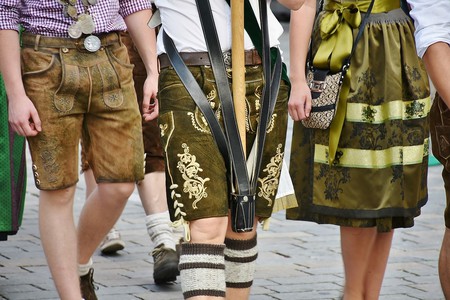 What makes the parade so great?

Close to 10,000 people from all over Europe participate in the parade, along with horses and flower-decked carriages, and the convoy ends up being almost seven kilometers long. The parade marches down the streets with the accompaniment of music, dance, and entertainment, spreading festive cheer along the way.

The Münchner Kindl (the coat-of-arms symbol of the Munich Child) leads the parade, followed by the Munich Mayor in the Schottenhammel family carriage. Since 1935, the breweries and restaurateurs setting up shop at Oktoberfest have been taking part in the parade. Floats and carriages representing the breweries and restaurateurs follow the Mayor’s carriage. The bands commissioned to play at the beer tents in Oktoberfest march alongside. 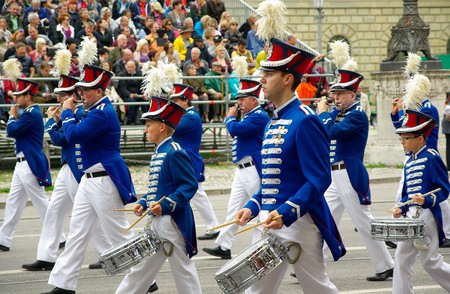 Important officials of the city, administrators, ministers, and members of the city council usually participate in the tour. Rifle clubs from all over Europe join in the parade, armed with their gear. The parade also includes several hundred flag-bearers.

At exactly 12 noon, at the festival venue, the Lord Mayor officially kickstarts Oktoberfest by tapping a beer barrel.

Overall, the parade is one riot of colors, music, laughter, and fun. 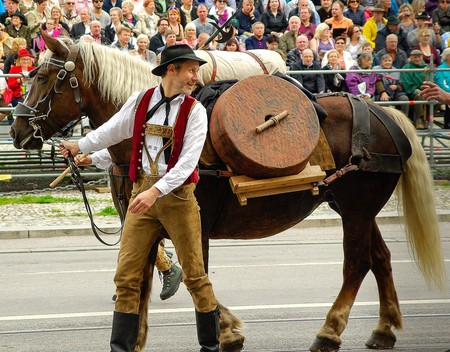