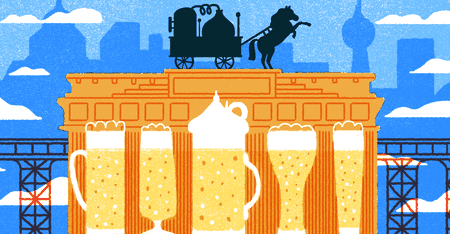 No doubt, one of the first things most people think of when German cuisine comes to mind is the beer. Germans come in third worldwide when it comes to beer consumption, drinking 28 gallons per capita. From the infamous Oktoberfest to the tremendous craft brewing culture that is cropping up in cities across the country, here is what you need to know about German beer.

Of course, the most quintessential beer varieties and brands are deeply established. These traditional styles are made to the highest of standards in accordance with unchanged recipes and techniques. To this day, there is strict legislation in place to preserve the consistent quality of beers made in Germany. According to the Reinheitsgebot, for instance, the beers can only be made of water, malt, and hops – no additives are involved. There are over 40 official varieties of beer associated with Germany, brewed by upwards of 5,000 different brands. This is enough to leave anyone’s head spinning. From pilsners to lagers to bocks and wheat ales, these are some of the most prominent brews in circulation today, and we have the Germans to thank.

Helles pilsners are widely consumed around the world, with famous spin-offs including Miller, Bud, Pabst Blue Ribbon, and countless others. While it’s important to note that the pilsner actually originated in the modern-day Czech Republic, Germany has done a thing or two to popularize it. This beer is light in both color and taste.

As for the bock beers, they vary in color, from gold to amber to dark brown. Typically, they have a sweet and yeasty taste. Bocks can be traced right back to Munich or its Alpine cousin across the border, Vienna.

Lagers are also technically Viennese, but they have become a major staple at Oktoberfest, with Munich’s original breweries – Löwenbrau, Hofbrähaus, Augustiner, Paulaner, Hacker-Pschorr, Franziskaner, and Spaten – churning out massive amounts of this stuff and subsequently selling it all around the world. These beers were originally brewed and stored in the depths of caves during the cold months of the year, establishing their unique flavor and their characteristically Bavarian dark color.

Wheat beers, known as Weizen, are Germany’s most famous variety of ales. They are typically heavy and spiced and served in tall narrow glasses. Thanks to the unique yeast used in the making of this brew, they are cloudy in appearance, which also plays a major role in giving it its distinct, rich, and flavorful taste. 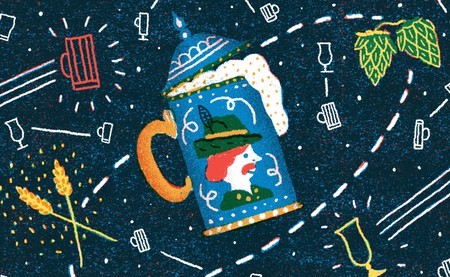 As is evident in the Reinheitsgebot, Germans have a great reverence for their beers, and drinking the beverage is an important part of their culture. Further, beer is considered the national drink of Germany and is known to conjure memories and feelings of good cheer in Deutschlanders when prompted to discuss it. Germans, in general, are also known for their relaxed attitudes around consuming the beverage. Youths are allowed to start drinking beer at 16, while the legal age for liquor is 18. In places like the German capital, it is even completely legal to drink alcohol from open containers in public, further legitimizing the presence of beer consumption.

There are, of course, some traditions surrounding beer drinking. The most common and widespread is related to toasting: be sure to make clear eye contact with each person as your glasses clink or else bad luck and other superstitions await you. Prost!

Oktoberfest is also one of the trademark symbols of German drinking culture, at least to those who are looking in from the outside. No doubt, this event has helped to further popularize Munich’s iconic breweries. Aesthetics that we commonly associate with Germany in addition to beer such as the dirndl and lederhosen pants are strongly linked to the festival, along with the iconic Alpine surrounds of the Wiesn.

Beyond Munich, most other major cities, and likely many small towns, also host beer festivals and events year-round. In the summer, Berlin, for instance, hosts the International Beer Festival and the Craft Beer Week. 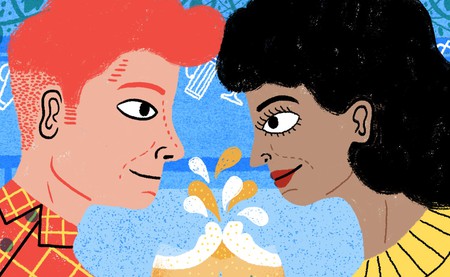 While it is more associated with veteran, old-school brews, the face of German beer is changing in some ways beyond those established varieties that have become well-known around the world. Even with the beer purity laws, Berlin’s small-scale brewers have risen to the challenge of creating exciting new beers, and things only seem to be expanding. Craft brews in Munich, Berlin, and elsewhere can even be found on the shelves at some grocery stores and convenience shops amongst Augustaners, Paulaners, and the like. Not to mention, many bars throughout many German cities keep cropping up which specialize in craft and microbrews. Consumption of the big names is actually declining, and these craft varieties may just take their place.

Some German craft beers to watch out for are Berlin’s Vagabund, Ale-Mania from Bonn, Crew Republic from Munich, and many others. There are even entire magazines dedicated to German craft beer culture, including the popular Hopfenhelden.