The Most Interesting Cities and Towns in Mecklenburg-Vorpommern, Germany 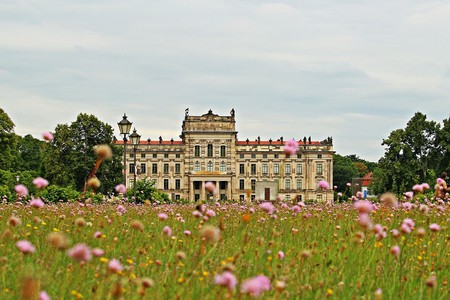 Mecklenburg-Vorpommern boasts three of Germany’s sixteen national parks, never-ending sea beaches, a distinct maritime flair, and a spattering of medieval hamlets, spa towns and UNESCO sites. If you’re planning a trip, take a look at our pick of the best spots around.

The picturesque port city of Rostock has something for everyone. It promises beautiful churches, large expanses of nature, a nostalgic train ride, a series of interesting museums, a lovely promenade to stroll, and a tempting sea beach (Warnemünde) a mere hop away from the city. When in town, be sure to also check out the last remaining 0.6 miles (1 km) of Rostock‘s ancient fortifications, punctuated by watchtowers and gates. 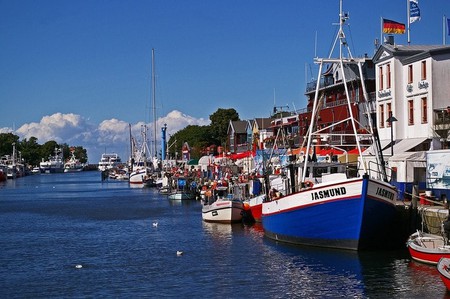 Schwerin, known as the ‘Land of Twelve Lakes’, is the bite-sized capital of Mecklenburg-Vorpommern and among the most gorgeous cities in Europe. Schwerin is spread over the islands of twelve crystal lakes and peppered with an abundance of historical and architectural landmarks. The most significant among these is the Grand Duke’s fairytale palace, undeniably the most beautiful seat of parliament in the world. 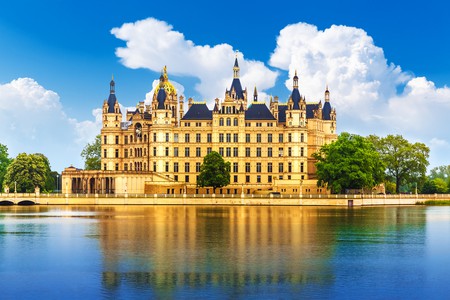 Stralsund is a little gem on the Baltic Sea coast that enjoyed the status of being a significant trading city back in the 14th and 15th centuries. Its skyline boasts ancient architecture, including soaring churches, a stunning town hall, and beautifully-preserved patrician houses. Only a few minutes away from Stralsund’s historic city center, you will find an expansive, sandy beach that looks on to the Rügen Islands. 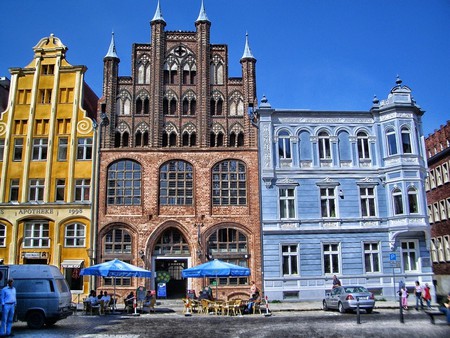 The port city of Wismar enjoys a somewhat shy existence on the Baltic Sea coast. The town’s outstanding medieval architecture has earned it the status of a UNESCO World Heritage Site. Wismar is a small, easy-to-navigate town, and a day is plenty to tour its most significant landmarks and sample the town’s delicious local cuisine. 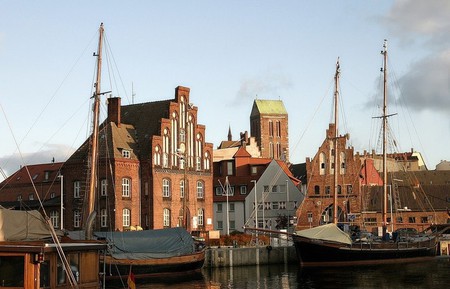 The stately Ludwigslust Palace is reason enough to make a trip to the small eponymous town around 25 miles (40 km) from Schwerin. This brick palace exhibits a combination of Baroque and classical styles of architecture, with certain delightfully unusual elements, including papier mâché wall and ceiling decorations. On a guided tour of the lavish interior of the palace, you can take in dazzling golden decorations, priceless artworks, a ducal clock collection and luxurious 18th century furniture.

The medieval spa town of Waren is a stellar base for exploring the amazing bio-diversity of Müritz National Park – known as the ‘Land of a Thousand Lakes’. The ideal point to start off your tour of Waren and the national park is Müritzeum, a multimedia museum where you can learn all about the flora and fauna of the region and also see native sea creatures.

Binz is a high-end seaside resort in the Rügen Islands, dotted with luxury hotels that have still held on to their old-school luxury. Binz’s sparkling blue water and soft, sandy beaches as far as the eyes can see, are best enjoyed from one of the cute wicker beach chairs. Moreover, Binz has a number of wonderful buildings, especially Jagdschloss Granitz (Granitz Hunting Lodge) and the Wolgasthäuser. 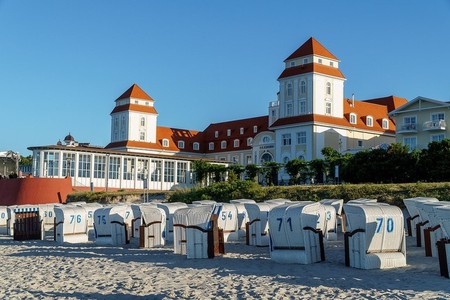