The Most Beautiful Underrated Towns Along Germany's Romantic Road 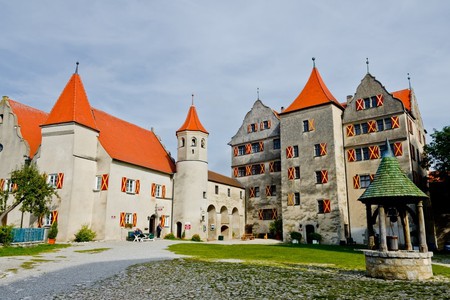 The Romantic Road, dotted with picture-postcard towns, UNESCO World Heritage Sites and magnificent castles, is among the most popular driving routes in Germany. However, several stops along the way have been rather overshadowed by their more glamorous neighbors, even though they are not short in charm. Let’s step off the beaten path and explore the unsung sections of the Romantic Road, without the need to elbow large crowds out of the way.

While most tourists make a stop at Rothenburg ob der Tauber along the Romantic Road, they sidestep Dinkelsbühl, located around 50 kilometers (31 miles) away. While there is no denying that Rothenburg is an achingly beautiful town, the truth is that Dinkelsbühl has all the charm of Rothenburg, minus the crowds. The impeccably-preserved medieval fortifications of Dinkelsbühl protect over 800 years of history. Its romantic cobbled alleys lined by colorful houses and churches, and ancient walls punctuated by imposing towers, are any wanderer’s dream-come-true. 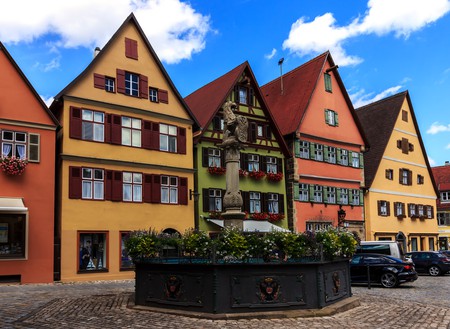 Wallerstein, another quaint town on this route, is rather unsung but warrants a visit mainly for the spectacular views from the 65-meter (213-foot) high Wallerstein Castle Rock. Once you have feasted your eyes on a 360 degree panorama of the 15 million-year-old landscape, you might want to trace your steps down the rock to the Prince’s Brewery at its foothills. This brewery has been quenching the thirst of travelers since 1598 with delicious beers. 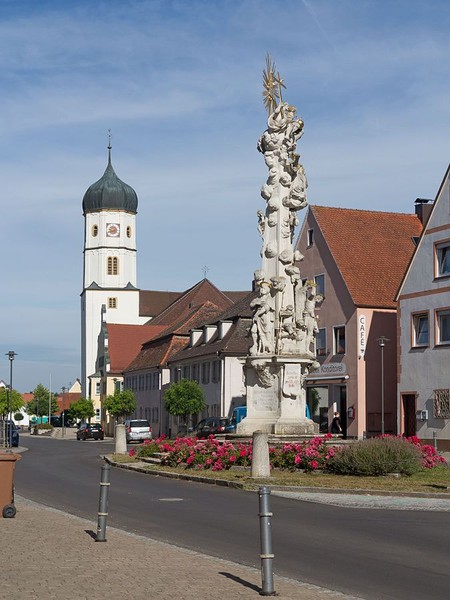 Bad Mergentheim is a rejuvenating spa town known for its therapeutic waters. Additionally, the town has a rich history that can be traced back to the pre-Roman times. The most famous landmark of Bad Mergentheim is the Deutschordensschloss, a medieval castle that was once home to Teutonic Knights. The castle is a magnificent ensemble of buildings built over 8 centuries starting in the 12th century. The main church of the town, Marienkirche, is known for its beautiful frescoes created by Rudolfus the Monk in 1300-10. 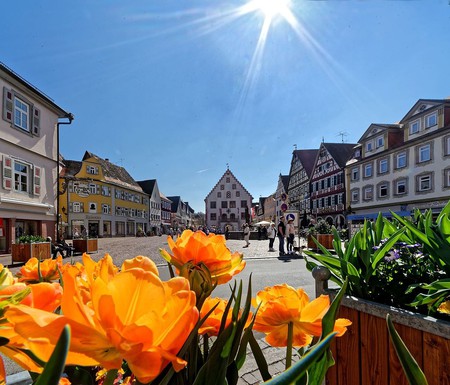 Landsberg on the Lech

While Landsberg on the Lech, in keeping with the theme of the route, is incredibly romantic and quaint, it has a dark history. In the outskirts of this town existed the largest concentration camp in Germany during the Nazi rule, where over 30,000 victims were imprisoned under inhuman conditions, resulting in the death of around 14,500 of them. The European Holocaust Memorial commemorates the victims of the darkest period of German history and educates visitors about the horrors of the Holocaust. 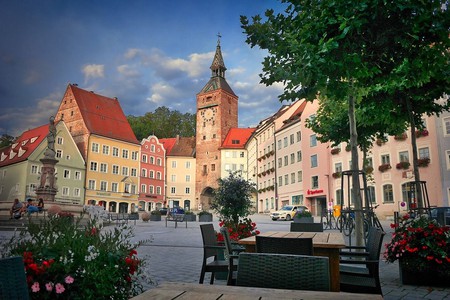 Landsberg on the Lech | © fietzfotos / Pixabay

Weikersheim is a slip of a town along the Romantic Road that is very easy to miss. However, it is home to a magnificent landmark: Schloss Weikersheim, a grand Renaissance palace dating back to the 12th century, sitting in the midst of a beautiful Baroque garden. The palace offers tours of its lavish interiors. 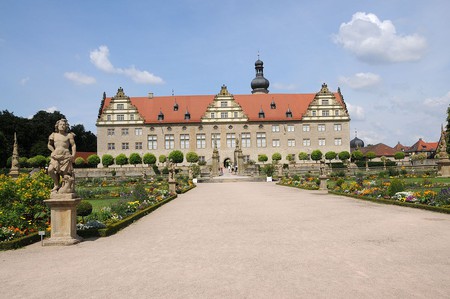 While millions of visitors flock to the glamorous castles on this route (Neuschwanstein and Linderhof), Harburg Castle is usually left out of itineraries. However, those who do make the effort to visit are invariably struck by the charming historic ambience of this beautifully-maintained medieval architecture. Stop to enjoy views of the castle from the courtyard and don’t miss a guided tour through the castle.

Tauberbischofsheim marks the western end of the “liebliches Taubertal” (“the lovely Tauber Valley”) and its settlement history can be traced back to 3000 BC. While wandering the old town of Tauberbischofsheim, you are sure to feel that time has stood still here for centuries. The main landmark in town is the Kurmainzisches Schloss that houses the Tauber-Franconia Rural Museum. The beautiful Gothic Rathaus is not to be missed either.

Tauberbischofsheim center with the tower and castle | © Reinhard Kirchner / Wikivoyage

In Creglingen, you will find the world’s only thimble museum (Fingerhutmuseum) housing over 3,500 exhibits. Also worth a visit is the 14th century Herrgottskirche (the “Church of Our Lord”) that preserves one of the most precious altar carvings from the Middle Ages. This beautiful town, however, has a sombre past. In the 1930s, many Jews were murdered in this town. Today, you can visit their final resting place, the Jewish cemetery, right outside the town. 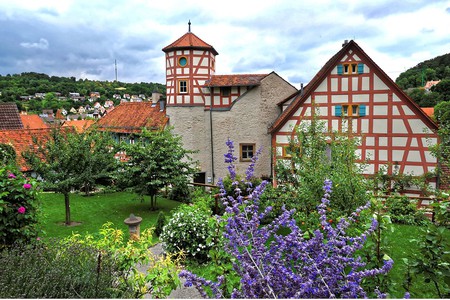 Nördlingen, the Diamond City, certainly deserves more footfall than it experiences. After all, its medieval fortifications and structures have millions of microscopic diamonds embedded in them! This was the result of the immensely-forceful impact of an asteroid over 15 million years ago. When you are in town, do visit Ries Crater Museum for a deeper understanding of this unique phenomenon and to browse artifacts of geological interest. 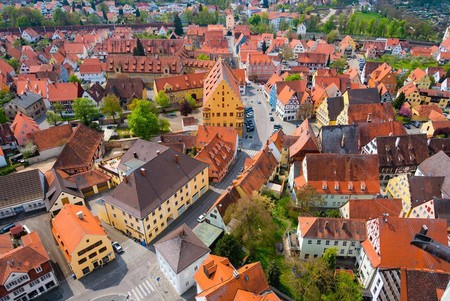