The Most Beautiful Bike Routes In Berlin

East Side Gallery | © Rae Allen/WikiCommons
In the summertime, when Berlin’s many green spaces come to life and the bike lanes are no longer treacherous with ice, it’s time to get cruising. Here are five of the most beautiful bike routes in Berlin.

Building, Park, Historical Landmark
Tempelhofer Feld was once an airport | © Matej Kastelic / Shutterstock
Book Now
One of the most expansive outdoor spaces in Berlin, this decommissioned airport has 386 hectares of open space. Tempelhof is certainly spacious enough for a solid bike ride as there are even designated cycling paths of about 6 km in length. For a truly unique cycling experience, supplement your time spent on the bike path with a bit of fun riding along the old air lanes. After working up a sweat, crack open some cold ones and gather with friends in the enormous designated picnic area. An entire day could easily be spent exploring this famous part of the city.
More Info
Open In Google Maps
Tempelhofer Damm, Berlin, Berlin, 12101, Germany
+4930700906700
View menu
Visit website
Visit Facebook page
Send an Email
Give us feedback

With a path running along the park’s northeastern promenade along the river Spree, Treptower Park is a favorite cycling destination of many. Beyond this straightforward path, Treptower contains many winding trails just waiting to be discovered. With enough exploration down these shaded paths, it is possible to end up at one of the area’s most iconic landmarks: the Soviet War Memorial, which commemorates the fallen soldiers of the Red Army. Better than touring this vast anti-fascist memorial on foot, gliding through it by bike lends a truly unique perspective. 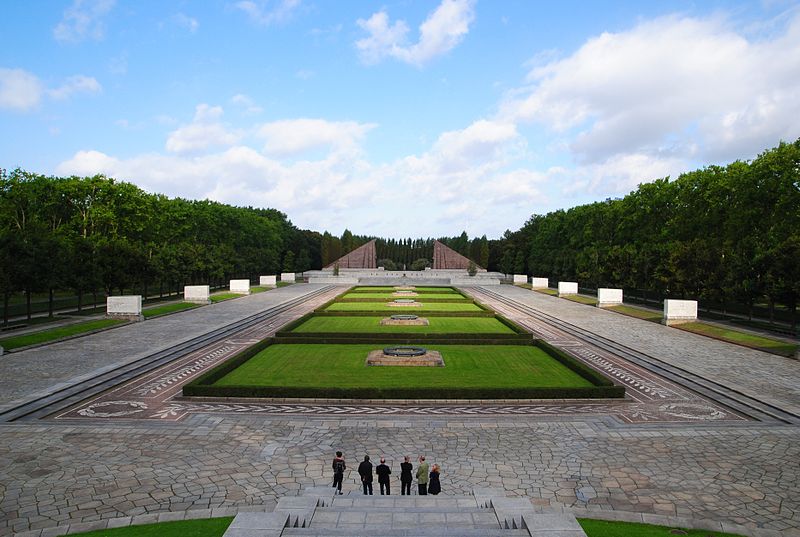 Along the Landwehrkanal in Kreuzberg

For those looking for the bike experience of the true Berliner, try riding along the Landwehrkanal in Kreuzberg. We suggest fueling up for this utterly picturesque ride with a meal at one of the restaurants on Paul-Lincke-Ufer. Alternatively, a quick bite can be had across the way on Maybachufer. Once that’s taken care of, simply follow the canal eastward. Turn left at the end of Maybachufer and head straight for the lively Gorlitzer Park area for some vibrant nightlife at one of the many bars in the area, including Club der Visionaere. This route also leads up to the river Spree where the riding could easily continue. 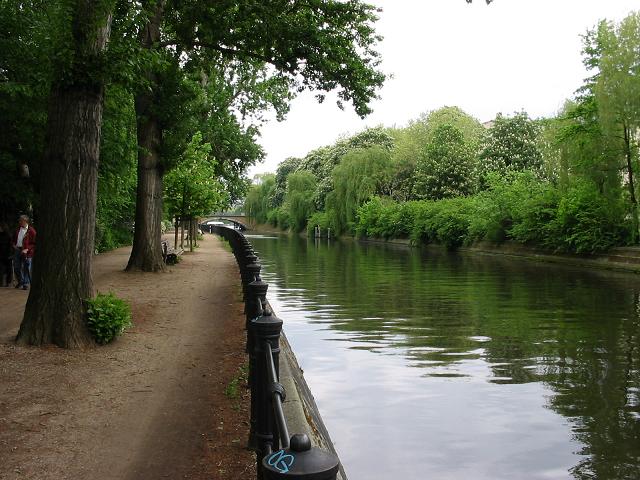 Along East Side Gallery and the Berlin Wall

One of the most intriguing elements of Berlin is its not-so-distant past. Specifically, the fact that the city was literally partitioned with a wall for decades is something that is both difficult to imagine and a lesson in the harms of divisiveness that we must never forget. Today, the wall stands as a reminder, and millions of tourists hail to the city each year to see it firsthand. One of the best ways to see the wall is cruising alongside of it, especially the section covered with artists’ murals known as the East Side Gallery. When it was in tact, the Berlin Wall spanned about 140 km in length, so there is certainly plenty of ground to cover if anyone is looking to see all of what’s left. To keep from feeling overwhelmed, there are several suggested routes online.

Berlin is quite notoriously spread out, so those who are looking to see the most of the city will fare best in touring it by bike. Plus, bike tours are typically a bit more fun and memorable than those by foot. While many city tours are offered by bike, we recommend the Berlin Mitte bike tour for a good overview of the city’s most important historical cites. These tours typical cost around €25 with plenty of discounts available, and they cover important landmarks like the Brandenburg Gate, the Holocaust Memorial, the TV Tower, and much more.