The Essential Guide To Oktoberfest's Beers 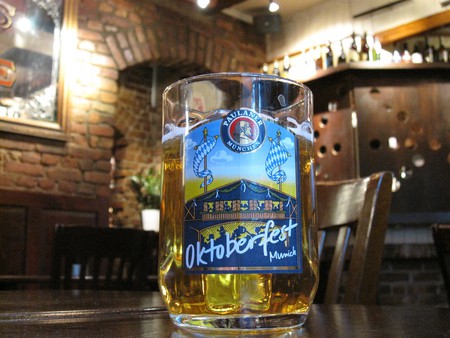 It’s no secret that one of Oktoberfest’s main attractions is the beer. In fact, almost seven million liters were consumed last year. Munich is home to several world-famous breweries, largely thanks to the influence of this event. Many of them even develop special varieties just for the festival. These are the six official brews of Oktoberfest to know.

Founded way back in 1328, Augustiner is a Munich-based brewery. The Augustiner’s most popular beer is its helles, distinguished by its lengthy secondary fermentation process. Additionally, Augustiner brews many other popular German varieties including weißbier, dunkle, bock, and pilsner, among others. Available at Fischervroni, which specializes in fish on a stick, a cold Augustiner is the perfect complement to this festival favorite. Along with family-friendly vibes, the Augustiner beer tent also sells its eponymous brew in quantities that would indeed appear endless. 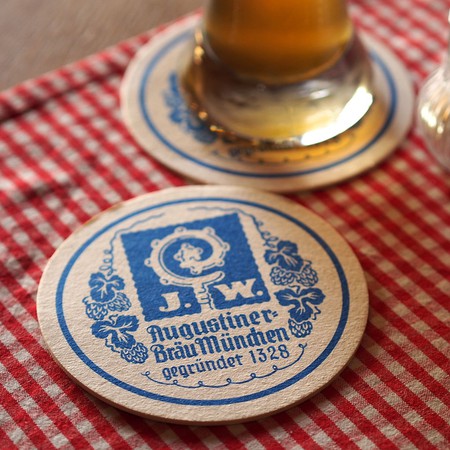 Since 1634, Paulaner beer has been serving their brews near the Wiesn and beyond. A cloister of monks were originally the ones behind this operation. In fact, the name Paulaner itself refers to the order’s founder, Francis of Paola. They are well-known for being one of the first beer vendors at Oktoberfest since the festival’s start, and more generally they are regarded as one of the most successful breweries in Germany. Find Paulaner at the ‘quieter’ Armbrustschützen, celeb-heavy Käfer’s Wies’n Schänke, and the notoriously rowdy Winzerer Fändl tents.

By far one of the younger breweries at the fest, Hacker-Pschorr was only established in 1972. Technically, Hacker and Pschorr have both existed in conjunction with each other for far longer, but the official merging occurred mere decades ago. Back in 1810, Hacker-Pschorr created a beer for the wedding celebration of Prince Ludwig I of Bavaria. This event is actually considered to be the origin of Oktoberfest, and Hacker-Pschorr has continued to play a part in facilitating the merriment. Available at foreigner-friendly Hacker tent and the Bräursol tent, which is popular with the locals, both of these venues can trace their names and origins to the Hacker-Pschorr brewery. 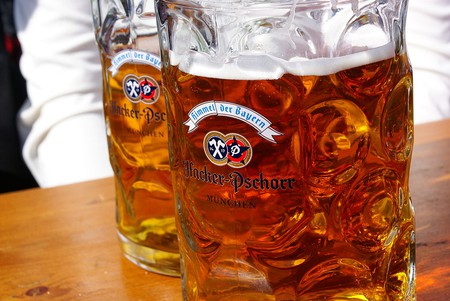 The Munich portion of a much larger international beer conglomerate, Spaten-Franziskaner is largely known for its iconic logo, which features a Franciscan monk. Their most popular varieties of beer include their München Hell and their Pils. This brand is popular across Germany, in Europe more broadly, and in North America since 1909. At Oktoberfest, find Spaten-Franziskaner at the chic Marstall, the vibrant Schottenhamel, and the Ochsenbraterei tent, which sells plenty of succulent roasted oxen to accompany the brews. 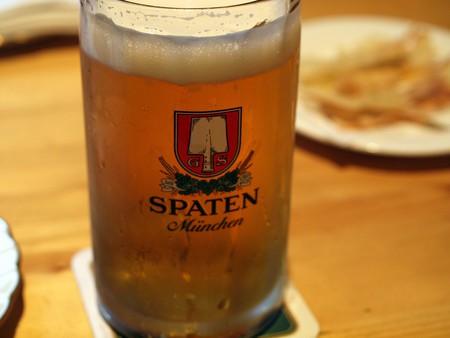 Another one of the quintessential beers to be had at Oktoberfest is the Hofbräu, which is actually under the ownership of the Bavarian state. This is because the beer was founded as the Kingdom of Bavaria’s royal brewery. Many of the Hofbräu’s most popular beers are still made in accordance with old recipes. While they are best known for their Weißebiers, maibocks, dunkels, and their helles, keep an eye out for their special edition Oktoberfest lagers at the event. Not surprisingly the Hofbäu beer is primarily available at the Hofbräu tent, which is one of the festival’s largest. 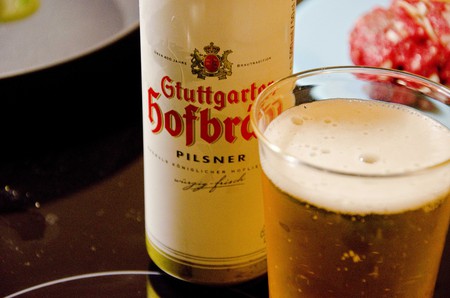 The last of the six premiere Oktoberfest brews is the Löwenbrau, which means ‘lion’s brew’ in Deutsch. The origins of the Löwenbräu are somewhat murky, but it is generally believed that it first came into existence in 1383. This brew has been present at every Oktoberfest since the celebration first began in 1810. Be sure to try their special Märzen brew, made just for the festival. Grab a liter at the laid-back Schützen tent or at the Löwenbräu tent, which is especially popular with the TSV 1860 Munich club football team. 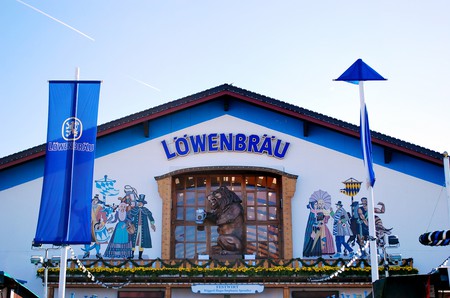 © Abhijeet Rane/Flickr
Give us feedback