The Best Techno Festivals in Germany for 2019

It’s an undisputed fact that Germany is the most reputed destination for all things techno. The country, and namely Berlin, hosts a wealth of electronic nights on any given day of the week. If you’re looking for your next European techno escape for 2019, then scouting what is on offer in Germany is a great place to start.

Long hailed as the ultimate techno festival in all of Europe, Time Warp is at the very core of the genre’s culture. Located in Mannheim, Time Warp has been shaping the scene for over 20 years, making it a musical institution that offers no less than six dance floors, supported by an impressive array of lights, lasers and visuals.

One of Europe’s most reputed and long-running electronic music festivals, MAYDAY draws dance fans from across the world to Dortmund with its line-up of the biggest names in techno, house, electronica and trance. The headliners for this year’s festival are Tiësto, Chris Liebing, Len Faki, Lost Frequencies and Boys Noize. 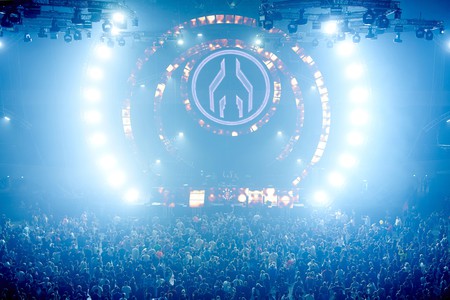 Praise be to the gods of music, Germany’s biggest and best festival is back. Fusion is a music and arts festival located in the north of Germany, not far from Berlin, at a former military airport called Müritz Airpark in Lärz. It’s enormous, and not exclusively set on one genre, but the techno line-up never disappoints, with a mix of huge international names and local, underground talent.

On the scene since 1995, Nation of Gondwana puts the focus on local German talent rather than seeking out international names to flatter the bill. It’s one of the oldest festivals in the country and is dedicated to all things techno. Taking place over three days and just an hour’s drive from Berlin, the festival has played host to many techno legends over the years, including Monika Kruse and Rødhåd. This year’s festival will take place from 19-21 July.

An open-air techno extravaganza in the countryside, Love Family Park encourages you to let loose far from the constraints of the city. This one-day techno festival in Rüsselsheim returns for 2019 and includes a line-up of Sven Väth, Solomun, Adam Beyer, Charlotte de Witte, Chris Liebing, Amelie Lens, Ricardo Villalobos and Maceo Plex.

Berlin Atonal is undoubtedly the meeting point for intellectual electronica and off-kilter, boundary-pushing techno. Located in the former power station of Kraftwerk, Atonal is rooted in the counterculture story of Berlin, and this festival curates a genre-mashing line-up of performance art, live DJ sets and video shows over a five-day programme. The 2019 edition kicks off on 28 August.

Toxicator is a no-frills single-day indoor event that attracts about 12,000 hardcore techno heads to its dance floors. The line-up is strictly techno, from hardstyle to industrial to everything in between, but always underpinned by that pulsating, rapid bassline that will get your heart racing.