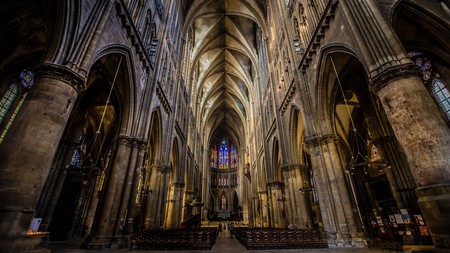 As the capital of the tiny state of Saarland, Saarbücken boasts a number of attractions that make it a rightful destination in itself. However, if you have time to spare it’s worth exploring the surrounding region, and even popping over to France or Luxembourg. Here’s our pick of the best day trips around.

Some 45 minutes north of Saarbrücken, the small town of Mettlach is home to not one, but two, major attractions in Saarland. Just out of town, the Saar River meanders through the dense forest in a dramatic loop which is best seen from the wooden treetop walk observation deck which soars 23 metres (75 feet) into the sky. The scenic vistas are best combined with a tour of Montclair Castle which is just around the corner from here. 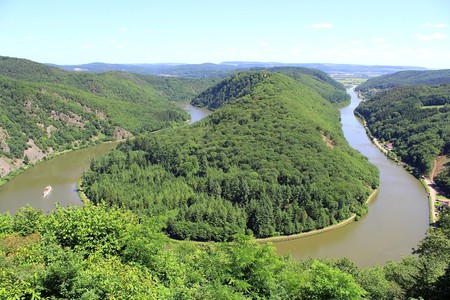 There are many reasons to visit Trier when it comes to planning a day trip from Saarland: it’s an hour away by car, coach or train, ranks among Germany’s oldest cities, and boast a wealth of fascinating historical sights dating back to the Roman Empire. Among the city’s most famous landmarks are the Porta Nigra gate which has been in place since 180 AD, the remains of a Roman amphitheatre which has seen bloody gladiator flights in its time, and a beautiful cathedral.

Metz in northern France is an hour-long drive away from Saarbrücken, but the fast inter-country trains are good way to get around as well. Once you get there, Metz will put a spell on you with its dazzling mix of historic sights and modern elements. A tour of the imposing Gothic cathedral is a must-do. Add the Cour d’Or museum which displays exhibits ranging from the times of the early Roman settlements through to the Renaissance to the list, followed by the Centre Pompidou-Metz which is dedicated to contemporary art.

If you’ve always wanted to see where Bruce Willis was born (yes, really), then head to Idar-Oberstein, an hour by car in Germany’s Hunsrueck region. Its affiliation with the Hollywood actor – though great trivia quiz knowledge – is the least interesting thing about this charming village. Known first and foremost known for its large gemstone deposits and two museums boasting a mesmerizing collection of precious gemstones and crystals, the village is also home to a striking crag church in the cliffside that overlooks the town below.

The city of Luxembourg is another fantastic day-trip destination if you find yourself in Saarbrücken with some extra time to spare. You can get to the neighbouring country within an hour by car or train – once there, dive right in and explore with a sightseeing tour of the marvellous Old Town. There’s also the 17 km (10.6 mile)-long Bock Casemates tunnel system to check out, as well as the Palais Grand-Ducal, which is considered a masterpiece of the Flemish Renaissance, and the impressive Notre Dame Cathedral. 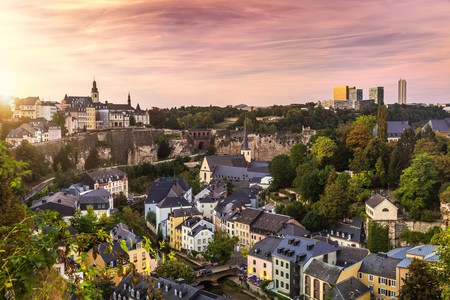 Europe’s largest network of man-made red sandstone caves is tucked away underground beneath Homburg, 40 km (25 miles) east of Saabrücken. Guided tours of the Schlossberg Caves take you 12 storeys deep underground to explore the labyrinth of red-and-yellow shaded tunnels and caverns. During World War II, the large caves sheltered the local population from Allied bomb raids, while in the 1950s a modern bunker was carved into the rocks to protect people from future attacks.

Archaeological excavations unearthed the ancient remains of two Roman villas in Saarland, both about an hour northwest of Saarbrücken. While the residential buildings, bathhouses and workshops of the Villa Borg complex outside of Perl have been authentically restored, the Roman Villa in Nenning wows with the largest and best preserved Roman mosaic north of the Alps. If you have a car, you can easily visit both sites in one day. 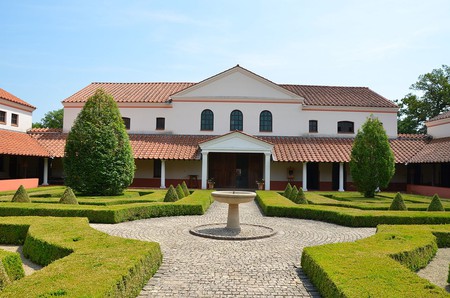