The 11 Most Weird and Wonderful Things to See in Germany

Saalfeld Fairy Grotto | © uschel / Pixabay
It’s true that Germany is full of famous, spectacular things to explore. However, if you venture beyond the tourist attractions, you would discover a side to Germany that is quirky, astonishing, and sometimes even downright weird but wonderfully unique. Let us take you on a tour of offbeat attractions in Germany that guarantee super-interesting Instagram posts and wonderful stories to go with them. 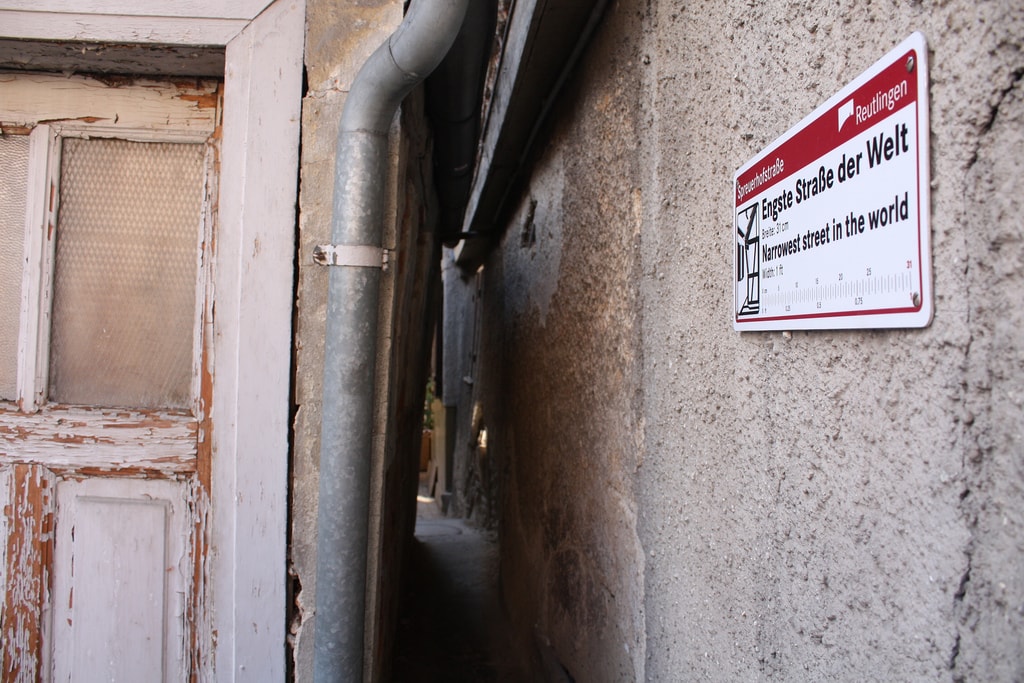 Shop
Pfunds Molkerei | © Lvova Anastasiya / Wikimedia Commons
Another Guinness World Records entry is Pfunds Molkerei, Dresden—proud winner of the title of World’s Most Beautiful Milk Shop. There might not have been too many contenders for this title, but the beauty of Pfunds Molkerei is undeniable. The interior of this 1880’s architecture is done in hand-painted gold and blue Villeroy & Boch ceramic tiles, featuring angels, cherubs, and creatures. Locals and tourists flock to this shop to soak up the ambience and dig into delicious milk, cheese, cream liqueurs, chocolates and more.
More Info
Open In Google Maps
79 Bautzner Straße, Neustadt Dresden, Sachsen, 1099, Germany
+49351808080
View menu
Visit website
Visit Facebook page
Send an Email
Give us feedback

Merchants’ Bridge (Krämerbrücke), Erfurt, has been around since 1325, when it was built to span a trading route. The unique aspect of this bridge is that it has been built over by residential houses, shops and restaurants from end to end. At the east end of the Merchant’s Bridge rises the tower of the church Ägidienkirche. 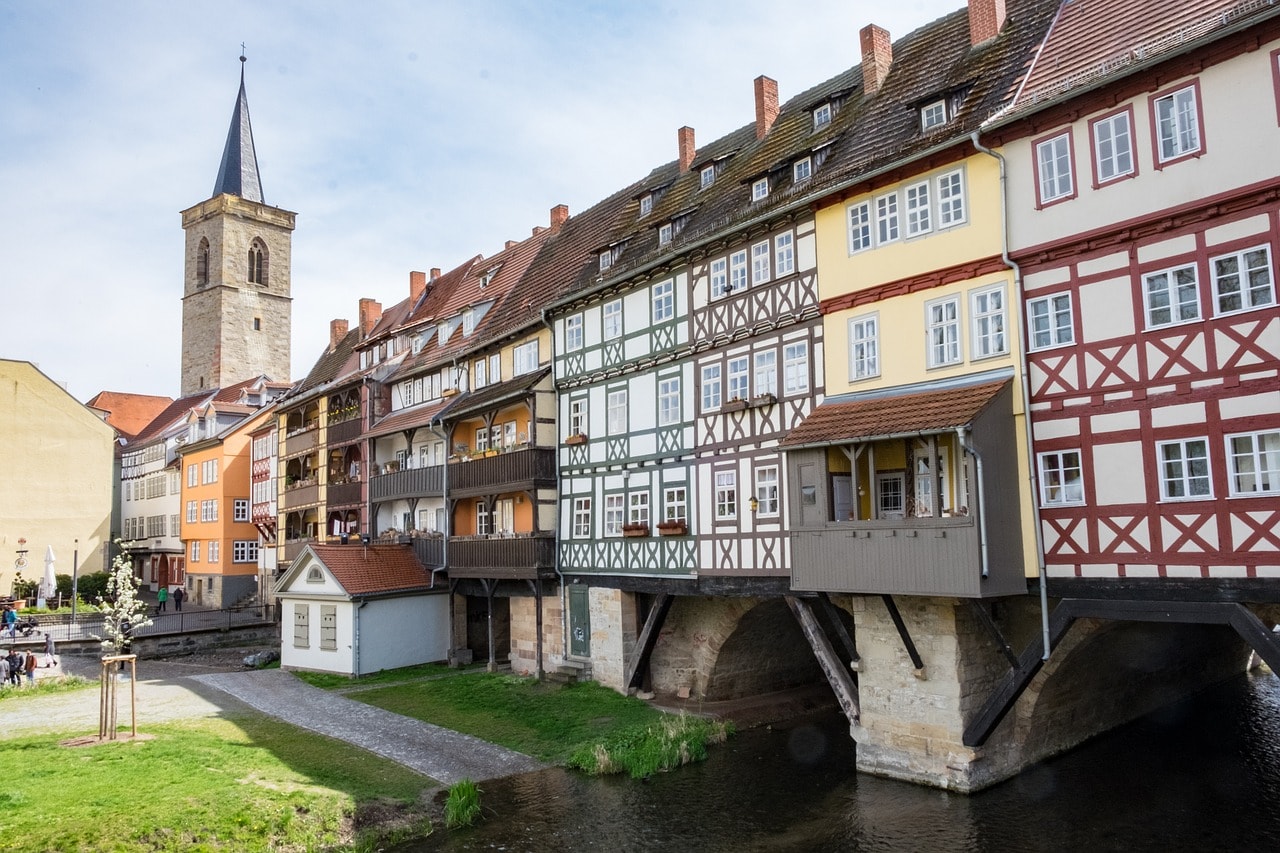 The Great Heidelberg Tun is a fascinatingly gigantic wine vat housed in the cellars of Heidelberg Castle. Made with wood from 130 oak trees, this vat has a capacity of 219,000 liters (57,854 gallons). Today, it is not used to store wine any longer but is a famous tourist attraction. To add to the fun, a dance floor has been constructed on top of the vat, accessible by a short staircase. 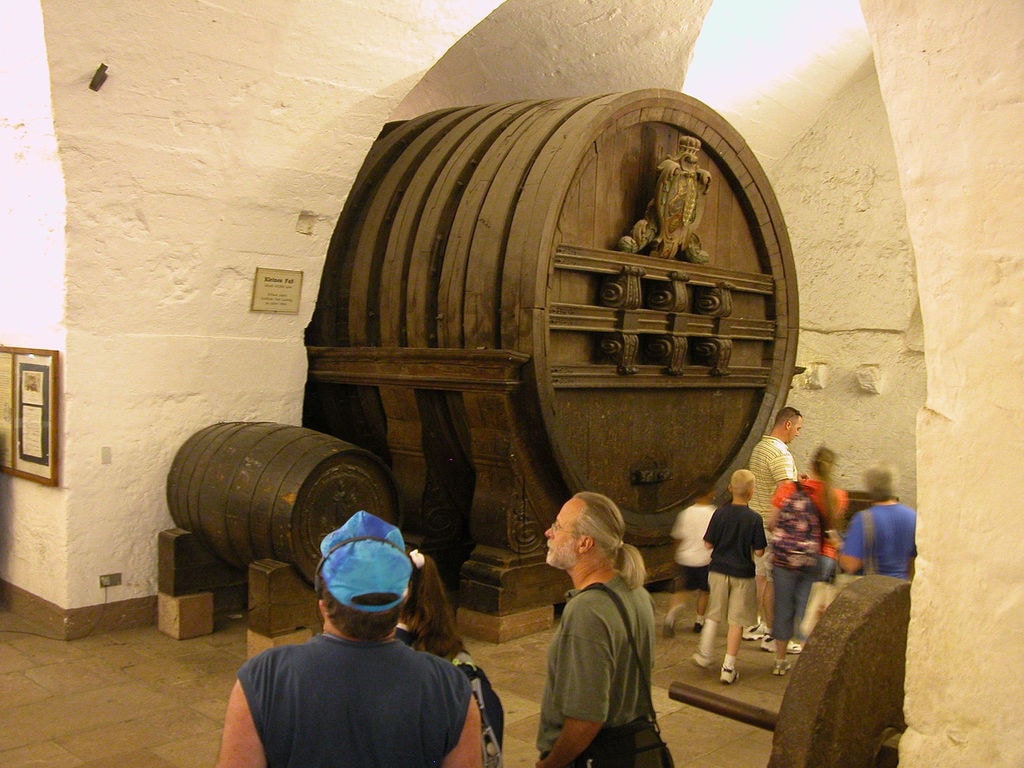 Kopf Über Haus (Upside Down House) in Putbus, Rügen Island, is exactly what its name promises—a house standing on its head with the wine cellar on top! This spot is sure to draw endless giggles and provide the most awesome photo opportunities. After all, where else can you get snapped hanging from the ceiling over an impeccable living room or standing on your head on a kid’s table? 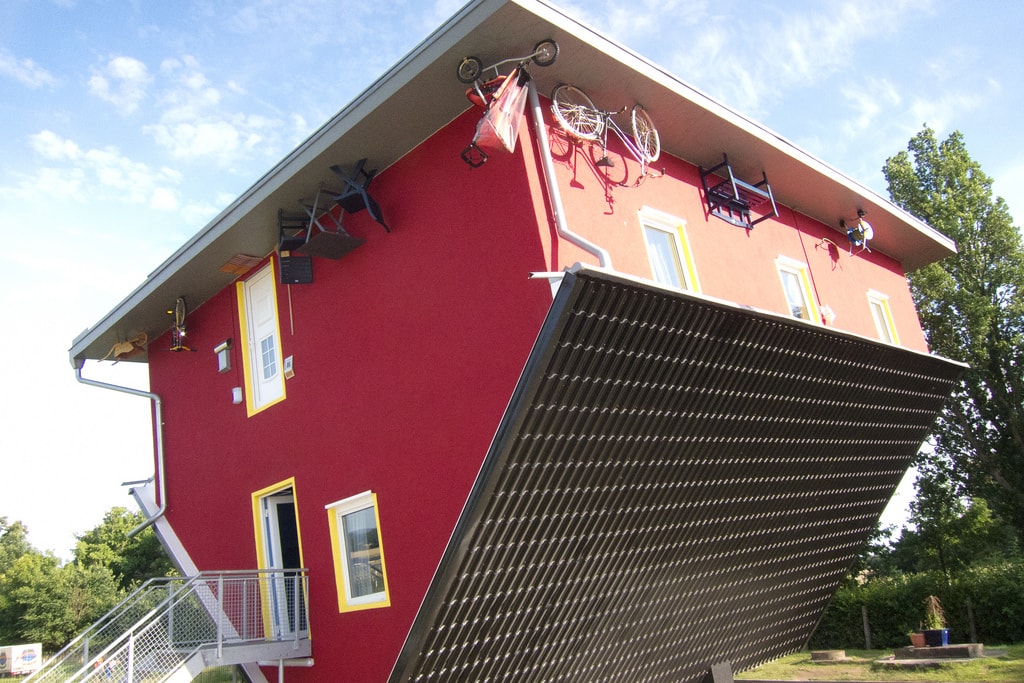 At first sight, it is a random set of concentric ditches and two fence rings. But let’s blow your mind by telling you that the Goseck Circle is a Neolithic Henge structure that is believed to be the remains of the first solar observatory in the world, dating back to 49th century BC. Traces of ritual fires and human bones leads scientists to believe that this circle was also used for human sacrifice. The Goseck Circle offers public tours. 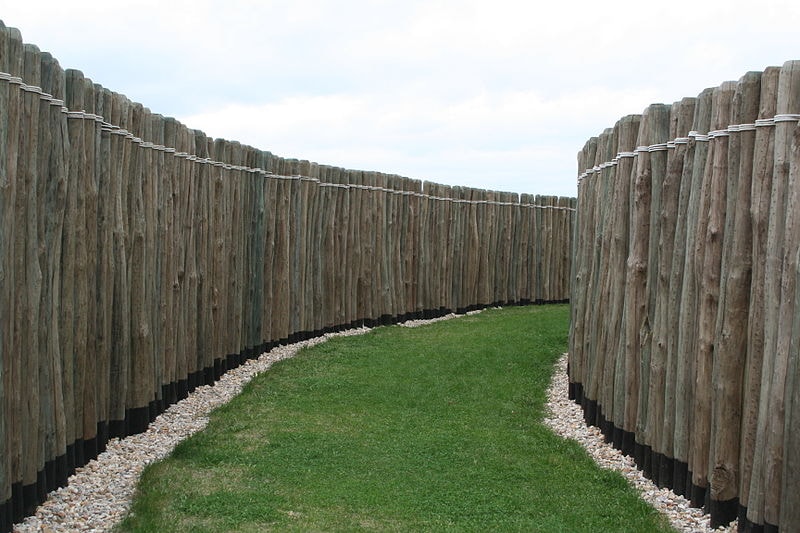 Friede sei mit Dir (Peace be with you)

You will find this extremely weird and controversial artwork along the outside walls of the editor’s office of Berlin‘s left-wing Tageszeitung (Taz) newspaper. It was created by artist Peter Lenk and features a naked man with his penis reaching five floors up. 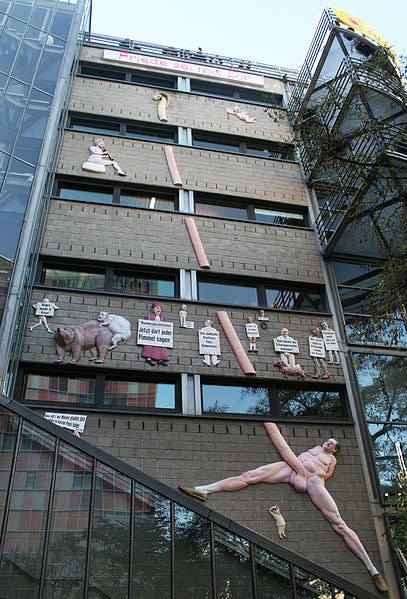 Frankenstein Castle (Burg Frankenstein) sits broodily on a hill in the Odelwald, and is believed to be the inspiration for the eponymous novel. Johann Conrad Dippel, an eccentric scientist known to experiment with human body parts, once resided in the castle. That, combined with its setting in the midst of dark forests and narrow valleys, makes this castle one of the spookiest places in Germany. Every Halloween, the castle hosts a big, “scary” Halloween program. 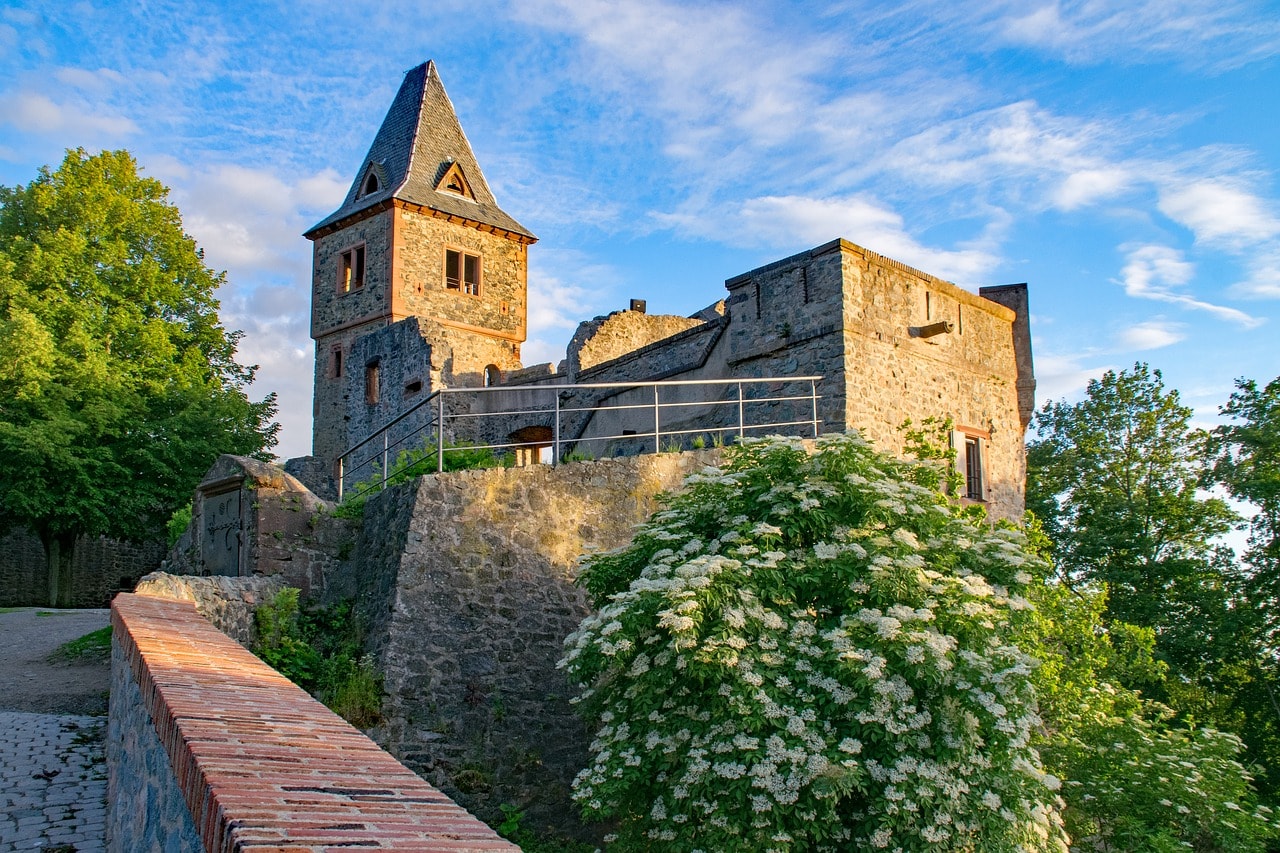 The world’s oldest rose bush clings to the walls of St. Mary’s Cathedral in Hildesheim, blooming into pale pink roses every summer. It is believed that the bush was planted in the year 800, around the time the cathedral was constructed. The bush was completely burnt during the Second World War, but miraculously grew again from its ashes. Today, each of its main roots has a name and the bush is protected by an iron fence. 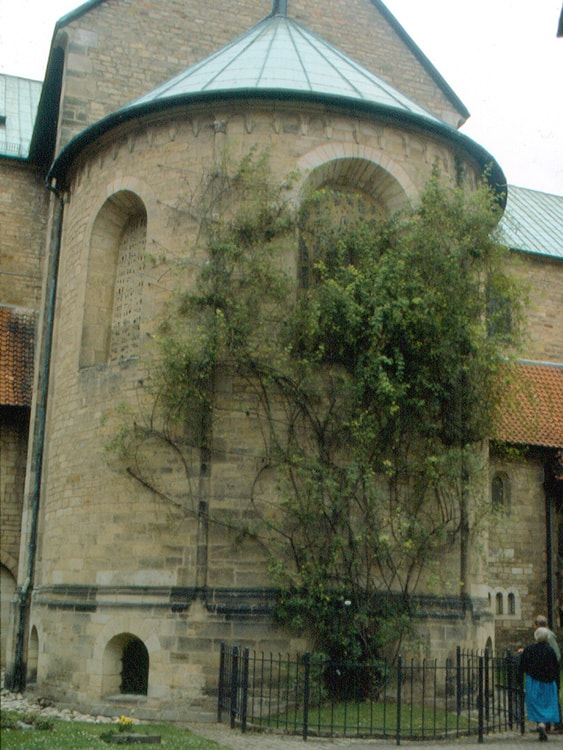 Kunsthofpassage Singing Drain Pipes is an amazing example of art and music rolled into one. When it rains, the droplets traverse through the network of drains, pipes and gutters to create an immensely enjoyable orchestra. 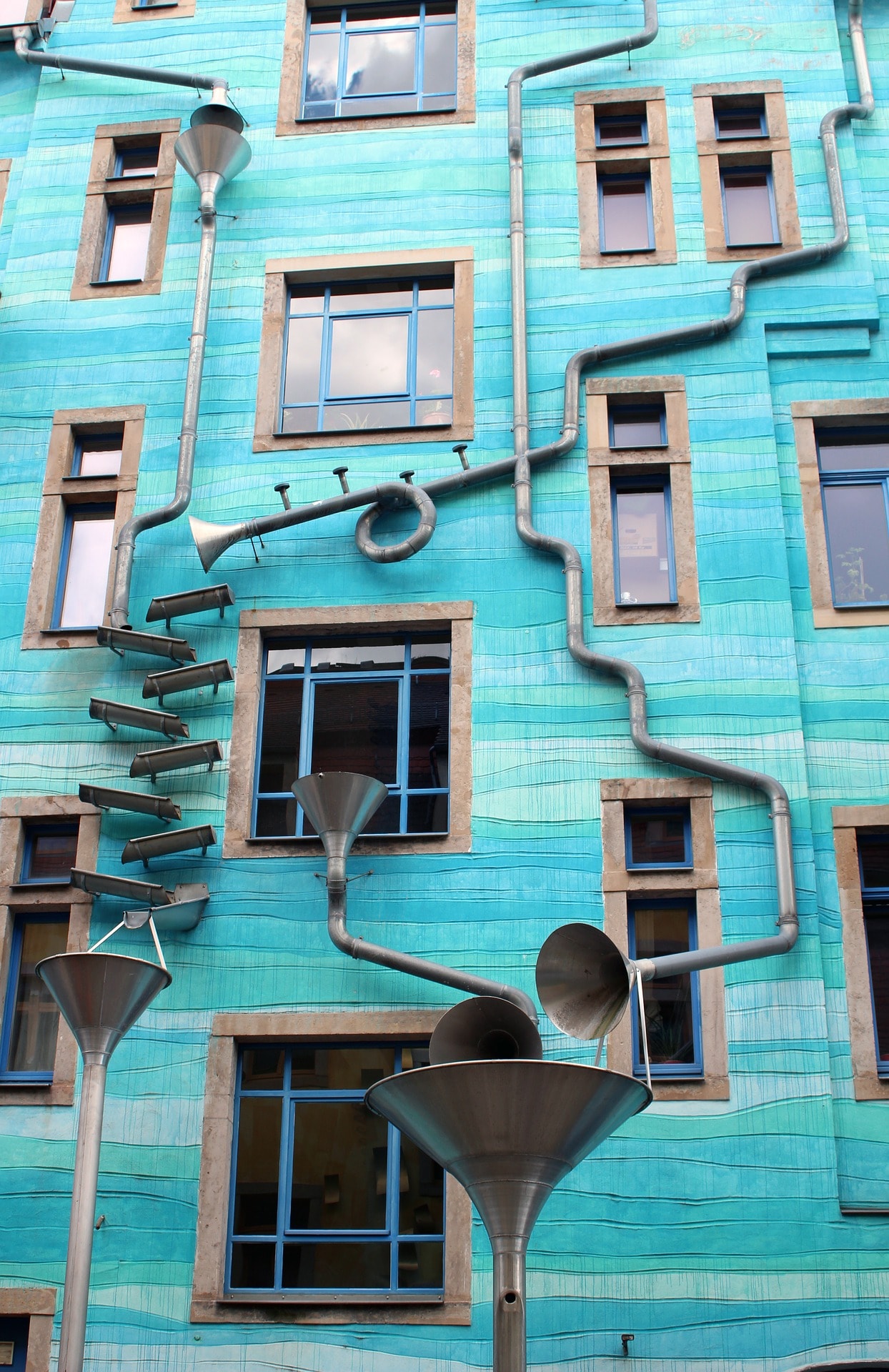 Saalfeld Fairy Grottoes have been officially bestowed with the title of “the most colorful cave grottoes in the world” by the Guinness World Records. These caves are known for their breathtaking colorful mineral formations. Public tours through the grotto are informative, interactive, and enjoyable for both adults and kids. 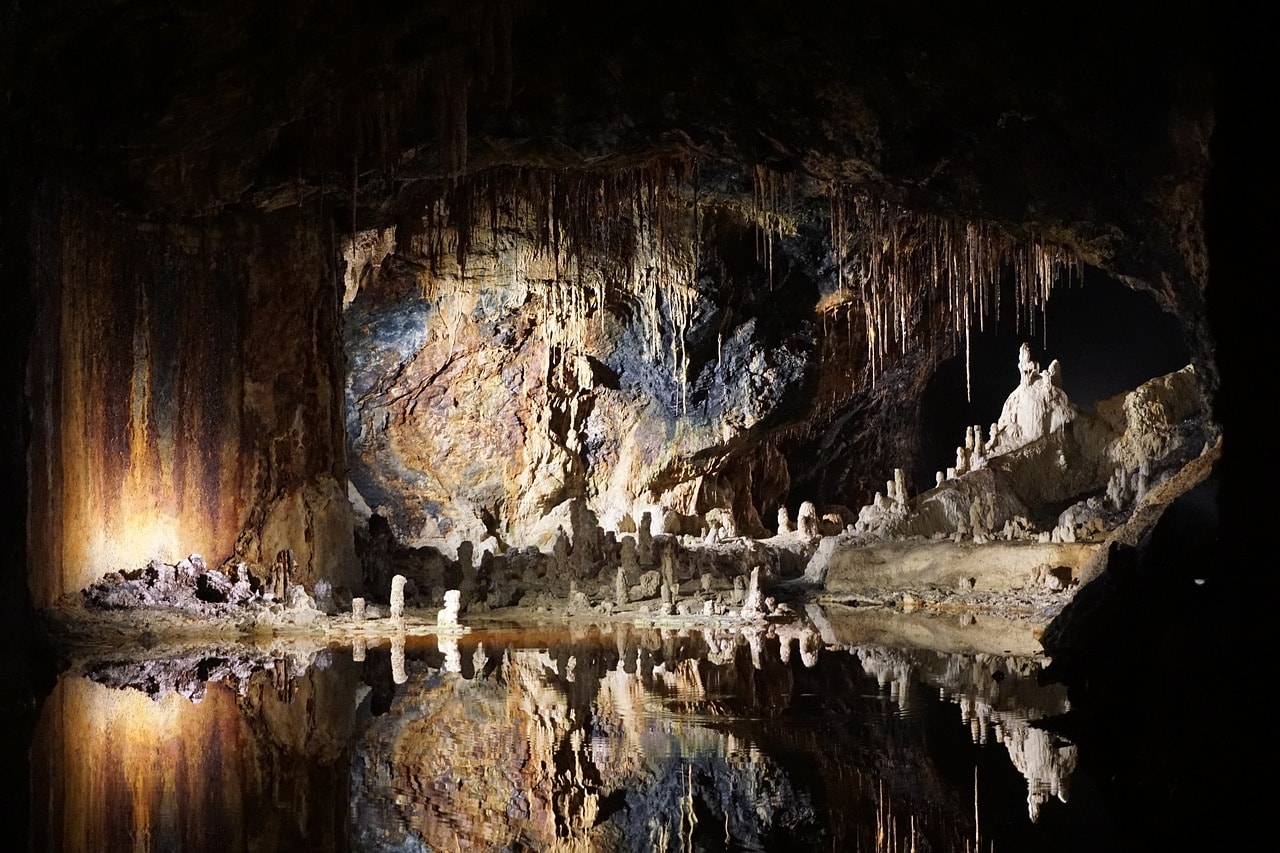