The 10 Best Things to See and Do in Alt-Treptow, Berlin

Treptower Park, Spree Saturday | © Peter Kirn/Flickr
Alt-Treptow could arguably be one of the most pleasant and charming districts in Berlin. The streets never get too crowded, the buildings are beautiful one after the next, and, of course, there is Treptower Park, one of the most pleasing parks in Berlin. If you’re a traveler looking for some “off-the-beaten-path” scenes and sites, then Alt-Treptow is one area in which you’ll want to have a refreshing stroll. There is history, massive trees, abandoned parks, lakes, and did we say trees? Berlin is one of the greenest cities in the world, but Alt-Treptow is one of the greenest parts of Berlin.

Park
© Marcela Fae / Alamy Stock Photo
Treptower Park is a world of its own. You can meet some people there for a picnic with your own music, take some summer sun, maybe drink a few beers, and enjoy a full day of outdoor bliss. There is even a small lake inside the park that many people don’t know about, which is great for a peaceful swim and topless tanning. In the autumn, have a walk, run, or bike ride through to see the leaves change from green to amazing reds and yellows. In the winter, Treptower park is absolutely picturesque, and captures European winters as we have always imagined them to look like.
More Info
Open In Google Maps
Alt-Treptow, Bezirk Treptow-Köpenick Berlin, Berlin, 12435, Germany
+493025002333
View menu
Visit website
Visit Facebook page
Send an Email
Give us feedback

Memorial, Park
The Soviet War Memorial is one of the most beautiful pieces of architecture and design in Berlin. Take a pleasant walk through Treptower Park in order to find this impressive memorial – it’s a memorable walk through history and war. This triptych monument serves as a memorial for all of the Soviets who were killed in Berlin during the Second World War during the Berlin battle.
More Info
Open In Google Maps
Puschkinallee, Bezirk Treptow-Köpenick Berlin, Berlin, 12435, Germany
+493025002333
View menu
Visit website
Visit Facebook page
Send an Email
Give us feedback
Book Now

Insel der Jugend often hosts an Open Air Cinema on the Island in Treptower Park. On this hard-to-find island in the middle of Treptower Park, there are summer screenings of epic films both silent and musical. Many modern films are also screened here and at Griessmuehle. Insel der Jugend has a nice café and restaurant, which is totally necessary since there is nowhere else around this area to buy any drinks or eats, if you’ve arrived empty handed, that is. If there is something spectacular happening in the sky on a particular summer night, this is the place to stargaze. 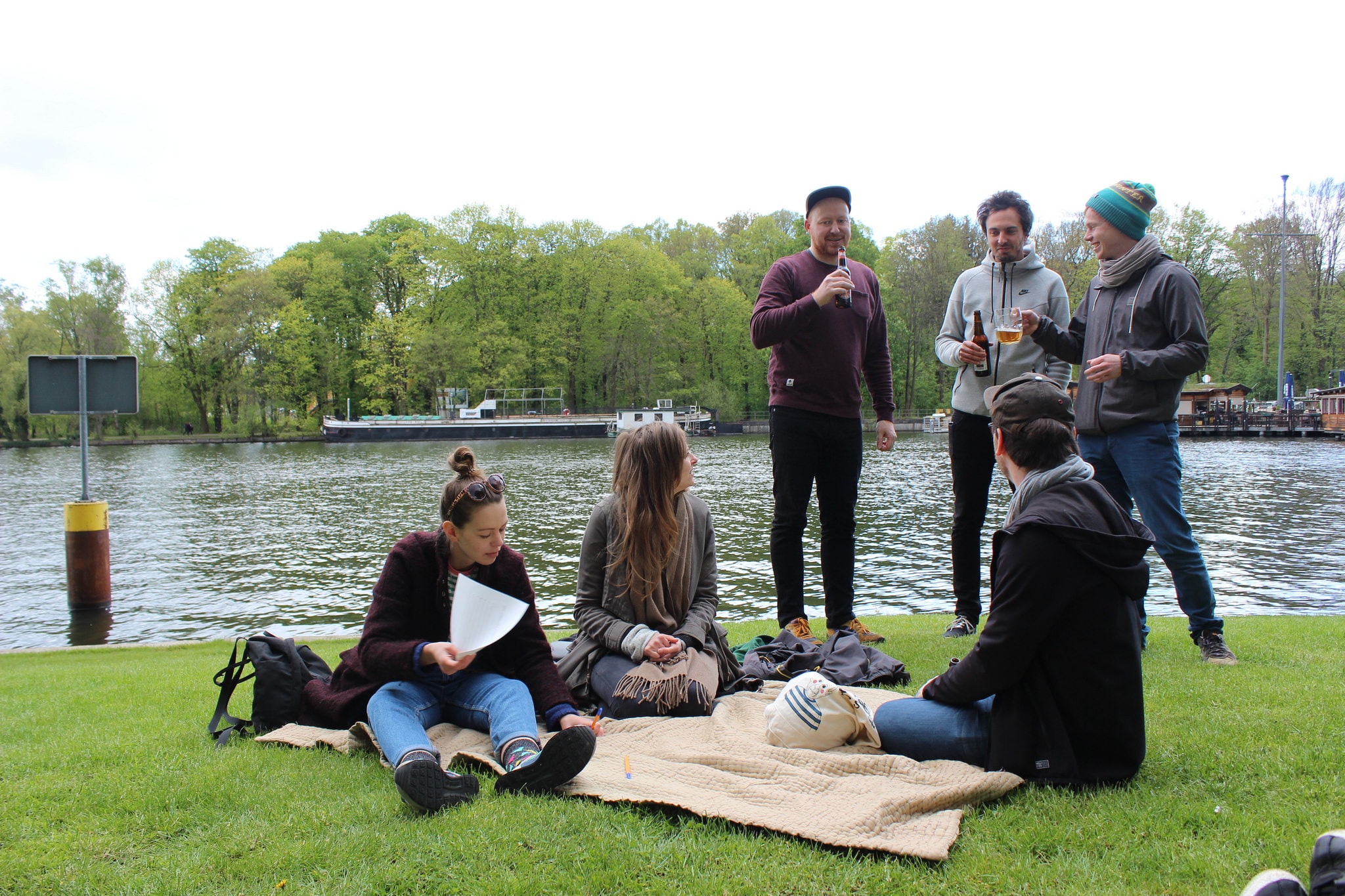 The most accessible abandoned scene in Berlin, besides for your typical squat building, is Plänterwald’s Spreepark. Its a scene straight out of a horror film and its impossible to understand why this park has been left the way it has. Rumor has it that in 2018 the Spreepark will reopen, so better get your last chance glance and camera flash at this abandoned park before its left to the oral history of the Berlin locals on how Berlin used to be. 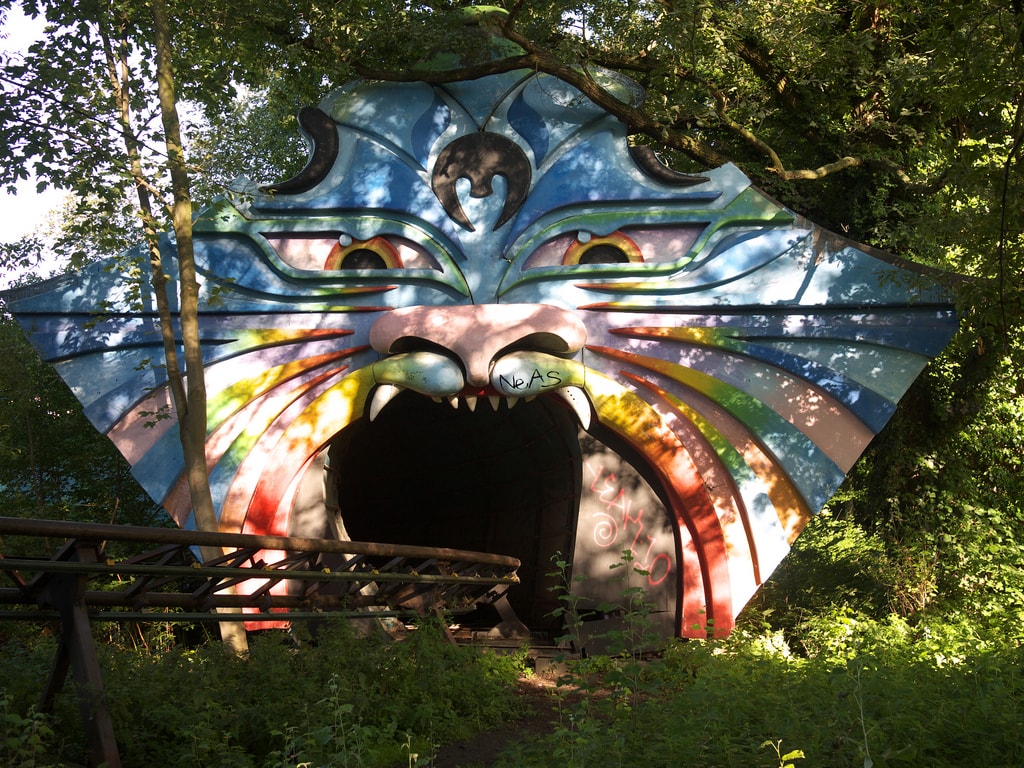 The Archenhold Observatory has the largest telescope in the world, and the observatory itself considered to be the oldest and largest observatory in Germany. The Great Refractor was built in 1896 and survived through the wars. The Archenhold Observatory hosts lots of spectacular shows and is a great place to go with or without children. A cool place to check out if you’re into planets, stars, astronomy, and maybe even astrology. 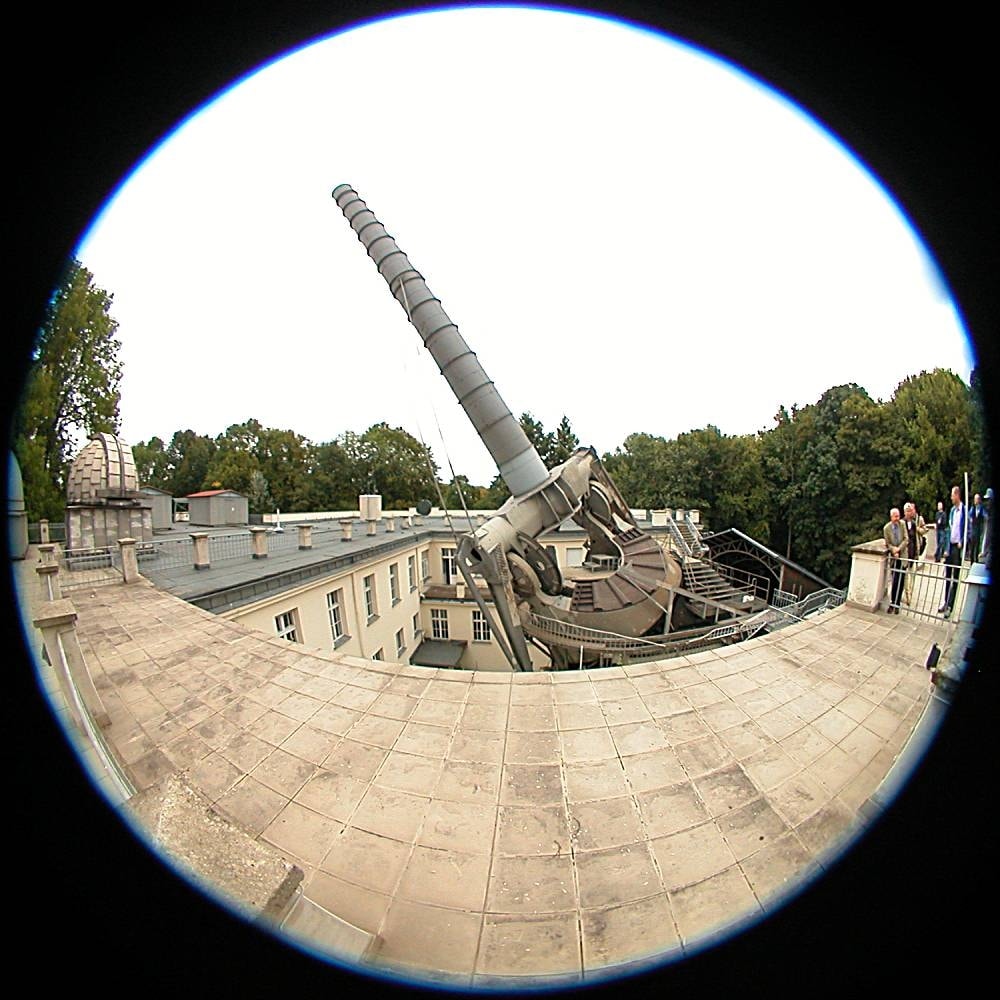 Not exactly in the heart of Alt-Treptow, but we think its close enough, and good enough to mention and highlight. Müggelsee is one of the biggest and best lakes in Berlin. If you get there before 1PM (when many Berliners are just waking up), you can find your own private spot to tan and swim. The lakes in Berlin are essential for summer fun and relaxation. 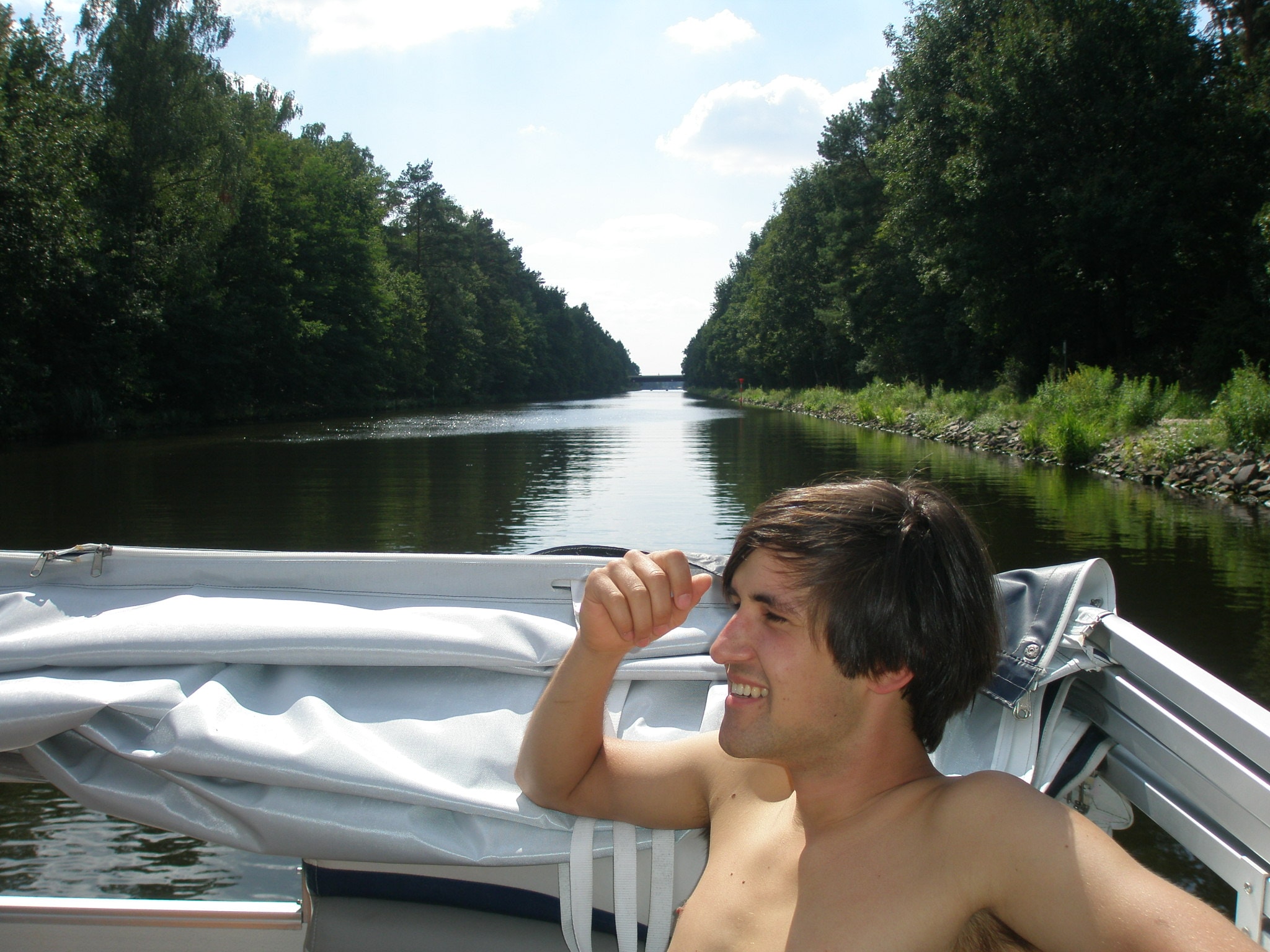 While you’re visiting Müggelsee, it’s a must to take a lunch or dinner break at Spreearche. Here they serve fish from the local waters, but also have a selection of imported fish. If the menu isn’t the driving force that brings you to this location, the fact that it’s a floating restaurant should. It’s worth going for a beer or two and experiencing this strange German Spree specialty.

Berlin is not super well known for its coffee, and many of us travelers know why. If you’re a serious coffee drinker, you can’t just go into any coffee shop in Berlin and expect to fulfill your coffee craving. However, there are very exceptional, very great coffee shops in Berlin, you just have to know where to find them. Passenger Coffee is also a roastery that makes their own rich and incredible blends that will improve your Alt-Treptow excursion. We recommend beginning your day here. 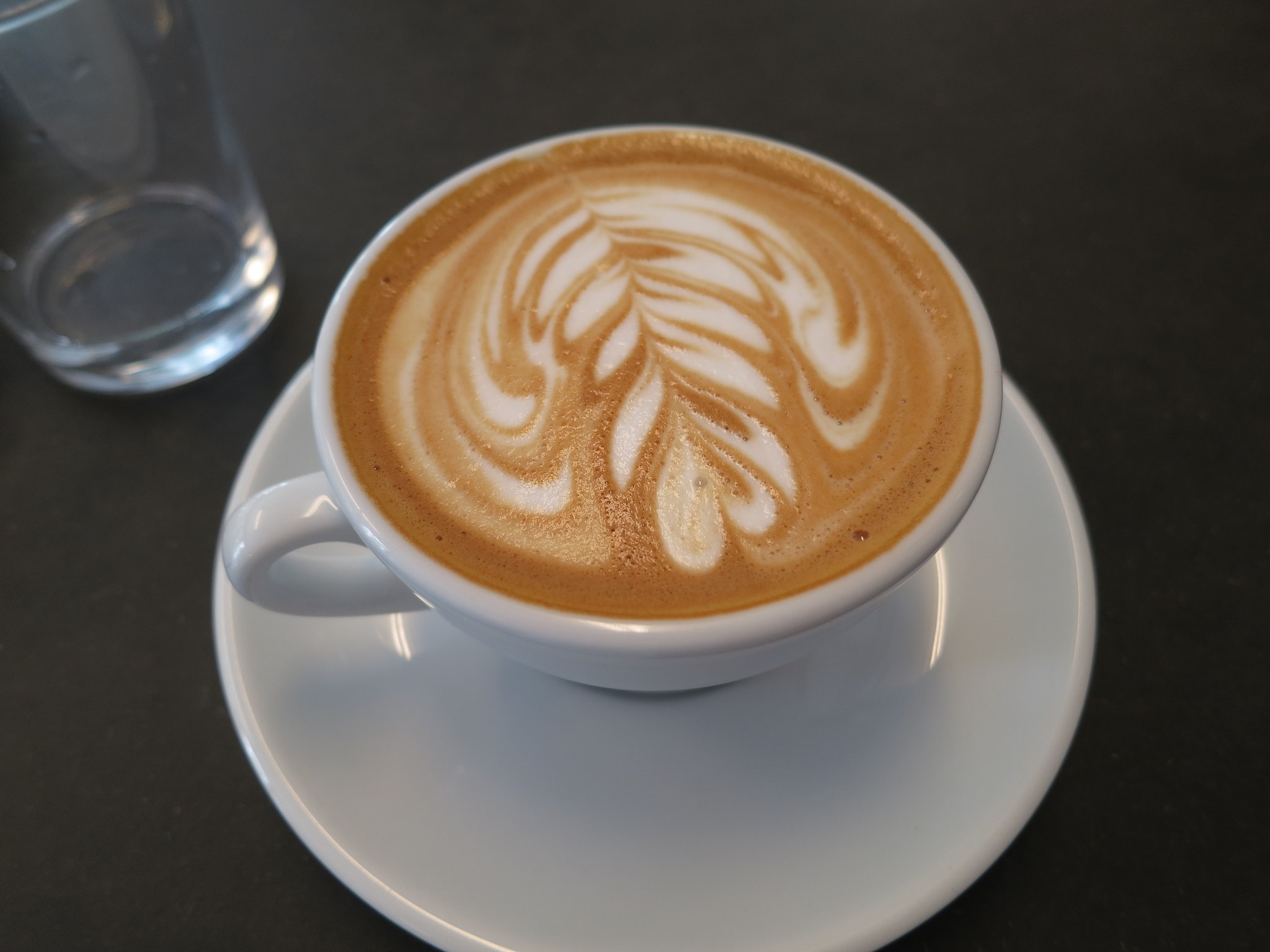 Black Sheep is a great vegan restaurant that even makes their own Kombucha. Kombucha is hard to come by in Germany, so this makes Black Sheep extra special in our local opinion. They have delicious cakes and desserts that even meat-eaters can enjoy. The place itself has a welcoming and easygoing ambiance, so if you’re just looking for good coffee and a place to feel good, this is your spot.

Oh, the Berlin clubs. We couldn’t come up with a cohesive list without including a club or two. Renate is even better in the summer time when you can enjoy their outdoor garden, but worth the trip in the winter time, too. They have a solid stream of electronic music, cocktails to keep you going, and multiple dance floors to make you feel like you’re club-hopping (if you’re with people who always have that itch to be on the move). Salon Zur Wilden Renate is true to its name and reputation.