'Take Your Pleasure Seriously': The Playful Side of Charles and Ray Eames 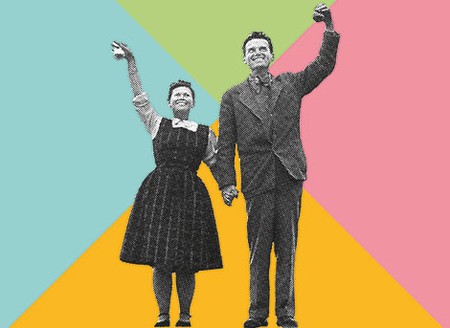 While Charles and Ray Eames are known to be two of the most influential designers of the 20th century, it’s refreshing to know that, despite their success, the couple didn’t take themselves too seriously. They did, however, ‘take [their] pleasure seriously’ – a unique design ethos that infiltrated both their private and professional lives and led them to create some of the most enduring designs on the planet.

A major retrospective, An Eames Celebration held at the Vitra Design Museum in Germany, explores the unique collaborative process of this prolific husband-and-wife team and examines why they have arguably become the most successful design duo in history. 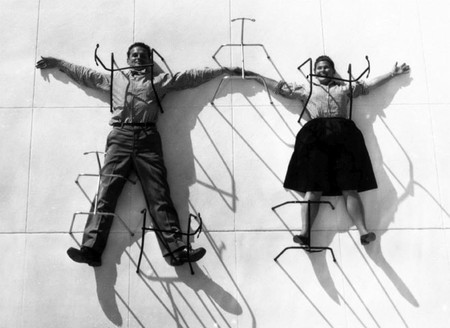 What becomes abundantly clear when touring this vast exhibition is the passion that Charles and Ray had for their work, but also, more importantly, is that they had fun while doing it. Charles’ famous phrase ‘take your pleasure seriously’ echoes through the Play Parade section of the exhibition, where spinning tops, animal masks and ‘The Toy’ – a modular construction set – come together in a fun, family-friendly space for both kids and adults to enjoy. The pair loved the fact that toys captured the essence of an idea and they used toys as a means of experimentation and development. Charles and Ray often said: ‘Toys are not really as innocent as they look. Toys and games are the prelude to serious ideas.’ 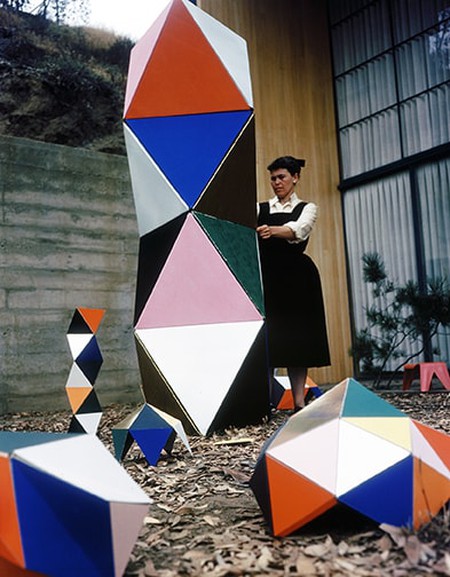 Ray Eames with an early prototype of The The Toy in the patio of the Eames House, 1950 | © Eames Office LLC 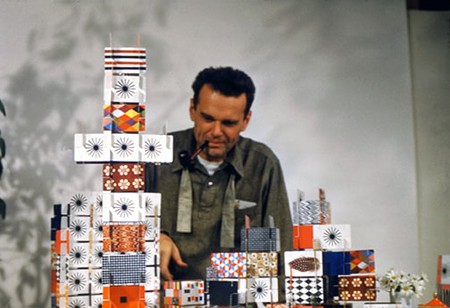 It was this playful nature that encouraged them to engage in extensive research, pushing the boundaries of design to produce something that always bettered the last piece. Charles and Ray were true problem solvers and weren’t afraid to tinker with a product until they found the perfect solution, even if it took years. They were the first designers to experiment with the three-dimensional moulding of plywood, and to create an ergonomic seat shell with plastic, but these innovations weren’t done for novelty or innovation’s sake (something Charles despised), these pioneering designs were born out of answering simple problems to meet everyday needs.

‘Toys are not really as innocent as they look. Toys and games are the prelude to serious ideas.’

Charles and Ray’s ‘human’ approach is summed up in Charles’ famous quote: ‘The role of a good designer is that of a good host – always anticipating the needs of the guest.’ They lived to satisfy these real human needs and to always provide customers with the best-value designs they could offer. Their process was thoroughly pragmatic, with Charles often saying: ‘To the extent of which we have a design style is to the extent of which you have not solved the design problem.’ It is this purity and integrity that they maintained throughout their career that have made their designs true classics – they never adhered to trends, it was imperative that they solved the problem first and foremost. 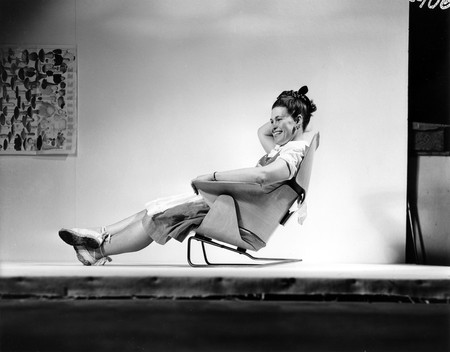 Grandson of Charles and Ray, Eames Demetrios, sums this up well as he leads a tour around the exhibition. ‘The last thing they thought of when they designed a chair was how it looked. It’s not that they didn’t care how it looked, but it was that the journey of understanding the material and the need was more important. So all these things in the exhibition, they’re all tools in a way. A tool for seating, or a tool for getting across ideas, but as Charles would say, “Who would say that pleasure is not useful?”.’ 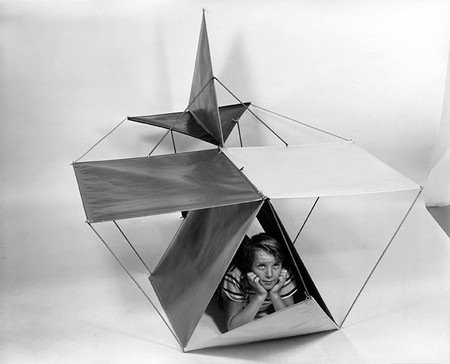 A good example of their clear-cut approach to design was the way they taught their students. When the pair gave a lesson, Demetrios reveals that the first assignment would have often been to design a kite. ‘The pass/fail was very simple – if you designed the most beautiful object and it didn’t fly, you failed. If it flew, you passed,’ says Demetrios. ‘Charles and Ray said they wished all design problems would be solved that easily, but it shows the ways in which toys were a serious part of their work as well as a playful one.’

Play was a hugely important part of the experimentation process, with the Eames Elephant being a prime example. This 1940s design wasn’t just a lovely idea for a child’s toy, but it was key to understanding the intricacies of moulding plywood. The Elephant was actually one of the most complex designs they ever produced; it was more complicated to make each component for the Elephant than it was for the LCW lounge chair, hence why it never made it into mass production. Only two were produced during the 1940s, one of which was given to Demetrios’ mother when she was 14 and Demetrios has fond memories of playing with it as a child. 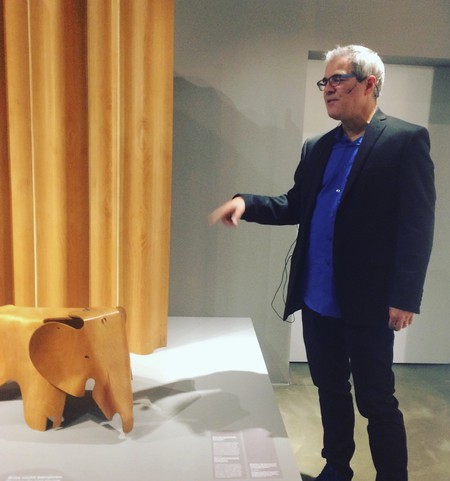 ‘What’s interesting about the Elephant is that it was the first time they designed something that was representational – even a five year old child could tell you whether it’s a good elephant or a bad elephant. It was the challenge that was a form of play for Charles and Ray – could they make it, would it capture the “essence” of an elephant? 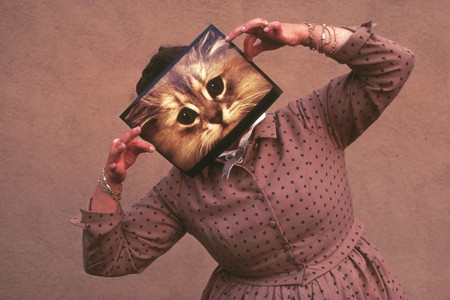 The fact that they played and experimented to such a degree may well give the impression that they were very well off, and therefore had the luxury of time to perfect each design, but it actually wasn’t until the mid-fifties that they began to reap the financial rewards for their efforts.

Even when they began to make money, however, Charles and Ray did not diverge from their strong design ethos and principles. Their relationship was the glue that bound them together from the very beginning, with a professional and private partnership that was totally uncompromising: they worked exclusively on projects that gave them pleasure and which they believed to be meaningful.

A visit to Mexico during the depression was an eye-opening experience for Charles – he realised the people there had literally nothing, but, despite this misfortune, they had richer cultural and spiritual lives. It was at that point that he decided to stop using the excuse of making a living as an excuse for doing things he didn’t believe in. ‘It totally transformed his approach,’ says Demetrios. ‘He made a commitment to do things of value, even if it was to do with fun, or pleasure, or even entertaining a few grandkids, but it was real.’

It was the playful nature of their relationship, too, that sustained Charles and Ray through the trickier times. They continued to experiment and even installed the hot press machine they fondly referred to as the ‘Kazam!’ in the spare room of their small LA apartment, which they moved into after their wedding in 1941. It was called the Kazam! due to the ‘magical’ transformation of flat layers of wood into a three-dimensional object, which they used for testing out the shells of their DCW, LCW, DCM and LCM models. Even small notes, letters and illustrations on display in the exhibition hint at the playful relationship the couple shared. One reads: ‘Keep out of the Kazam!’ with a comical illustration of a person squashed in the machine. 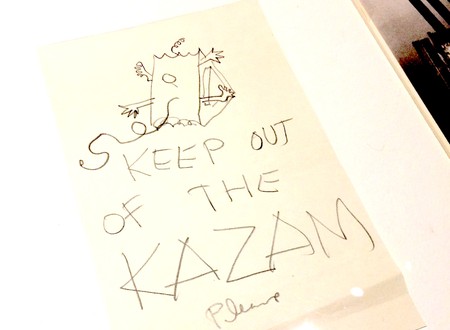 ‘If you look at their work you’ll see there was a period of time where it was just the two of them exploring a material and I think that was their “play time” so-to-speak,’ explains Demetrios. ‘There was something about that initial period in their career that allowed them to fool around with the material to get a sense of it, and that was really important.’

Demetrios went on to share a story about one of his favourite objects in the exhibition, the ‘Trash Can’ chair. ‘It reminds you that it was a raw time for Charles and Ray, when they were still trying to figure things out – it’s a beautiful chair but it’s not refined by any means.’ They took a paper mock-up to artisan boatbuilder John Wills and asked him to create a prototype fibreglass shell to see if it would work. Wills offered to make the seat shell for $25, which was a lot of money then, and said he could make two shells for another $20. A week later Charles came to collect the shell, but could only afford to pay for one, so Wills kept the other, put it on top of a trash can and used it as his office chair for the next 35 years. 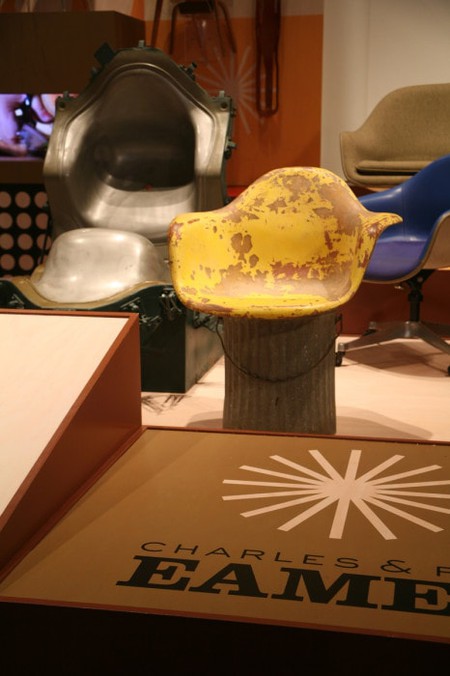 So how did their designs eventually become so popular? Demetrios puts it down to the fact that they made sure their products truly were for everyone and that they never tried to be overtly revolutionary or ‘different’ with their designs. At the Aspen Design Conference in 1951, during a time when American consumerism was at its peak, Charles stated a designer should ‘innovate only as a last resort’ and that the idea of ‘adding’ art purely to make a product attractive was ‘diametrically opposed to everything we [he and Ray] try to stand for and work towards.’

While other designers deliberately wanted to be seen as pioneers and revolutionaries, Charles and Ray never referred to themselves as Modernists and instead looked to the honesty of traditional folk design and craftsmanship for inspiration. They collected and displayed numerous folk designs in their own home, including many masks, which are only display in the exhibition. This accretion of objects was seen as sacrilege by Robert Venturi, the “godfather” of postmodernism, who criticised them for reintroducing Victorian ‘clutter’. Charles and Ray didn’t see it this way – they called it ‘functioning decoration’, where everything from starfish, stones and marbles sat alongside toys, candles and treasured souvenirs – each item was perceived to be ‘of value’, regardless of its financial worth. 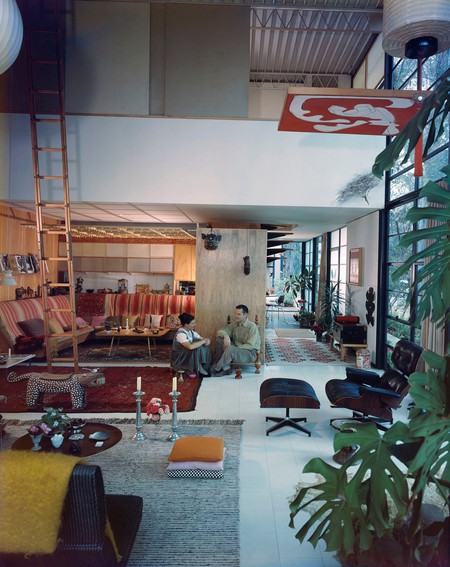 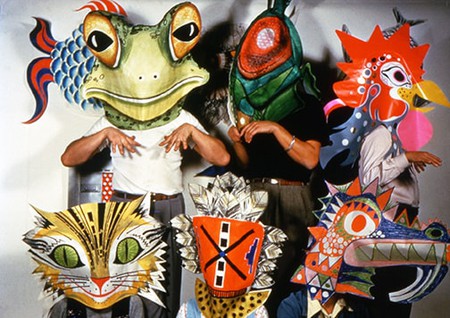 ‘Charles and Ray liked the honesty of folk design and they saw in that a deep connection between their own work and traditional culture,’ says Demetrios. ‘I think plenty of other modern designers admired traditional crafts, but what’s unique about Charles and Ray is that they saw that the processes to make those works were just as important and really worth emulating.

‘Charles and Ray liked the honesty of folk design and they saw in that a deep connection between their own work and traditional culture.’

‘The difference with Charles and Ray was that they wanted to create furniture that reflected “the changing conditions of today’s existence”, but were by no means revolutionaries – and they weren’t dispelling of the traditional either. The actual form of their furniture hasn’t changed – like other conventional chairs, theirs has a seat, backrest and legs – but it is simply produced differently from its predecessors; for them, it was about creating beautiful furniture that corresponds to its time.’ 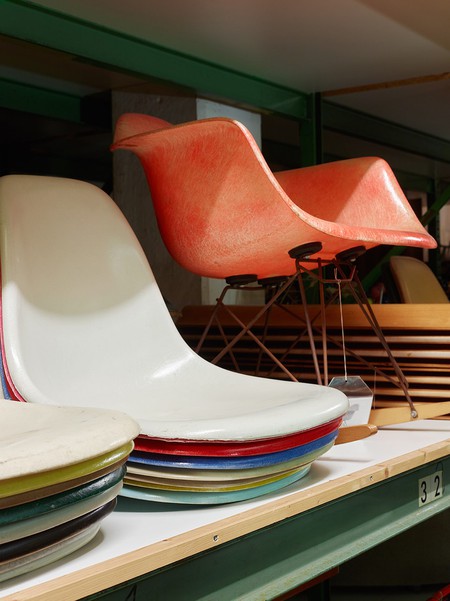 It is this fine balance between respectful traditionalism and careful evolution that makes their work so timeless and desirable. By simply making the best furniture they could, out of the best materials available to them, through the process of play and experimentation, Charles and Ray successfully managed to make honest furniture for the masses that is still as popular as ever today. 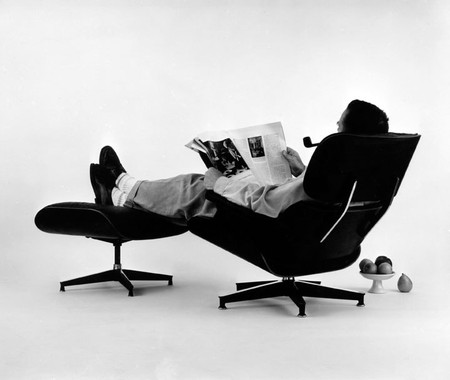 Charles commented on reaching this equilibrium in an interview: ‘If we only take things far enough and don’t stop thinking too soon, if we go as far as children do with their serious work, which is called play, then our objects of today will again achieve the same perfection that the old ones achieved, then we will once again return to the wholeness of things that not only speaks to part of us, but which also makes something “click” here [Eames taps on his chest].’

An Eames Celebration runs until February 25 2018 at the Vitra Design Museum, Weil am Rhein, Germany. To see Charles and Ray’s products, visit the Vitra website.