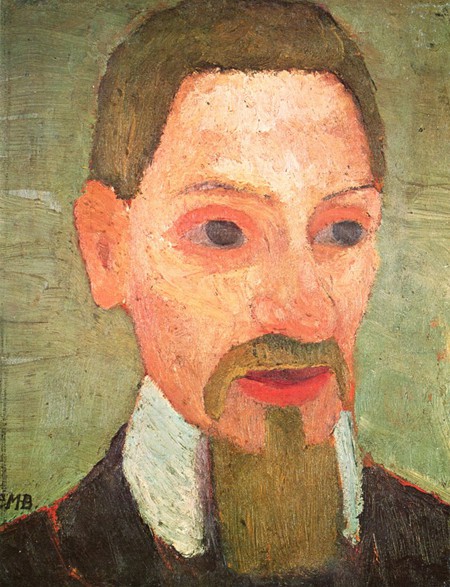 Paula Modersohn-Becker (1876–1907), an early expressionist painter, became acquainted with Rilke in Worpswede and Paris, and painted his portrait in 1906. / © wikicommons

Rainer Maria Rilke is someone whose name must be said in its entirety. He is a German-language poet, born in Prague in 1875, who crafted dialogues around his own solitude. His pilgrimages manifested themselves both in and out of this world, from Russia to his architecture of consciousness. A traveler of many places, he hoarded influences, reflecting what he read and saw in his own poetry. Rilke spent most of his life impoverished, but was always rich in language. Many scholars focus heavily on Rilke’s introspection as a crippling depression, but perhaps he just wanted to champion his darkest self. His poems, letters, and works have been translated into many languages, his poetry moving millions of people.

Rilke is a poet partially born out of his circumstances and partially born out of his own innate sensibilities. Rilke’s first awakening of the world was to the unhappy marriage of his parents. He was ensconced in it; it was his first lesson in love and the spaces in which it did not exist. This coupled with his living in the wake of his sister, who died when she was only a week old, left morose undertones in the household. His mother often dressed young Rilke in girl’s clothes. His parents were keen on him becoming an officer. Forced into a military school at a young age, Rilke’s like seemed to be on a carousel of haplessness. 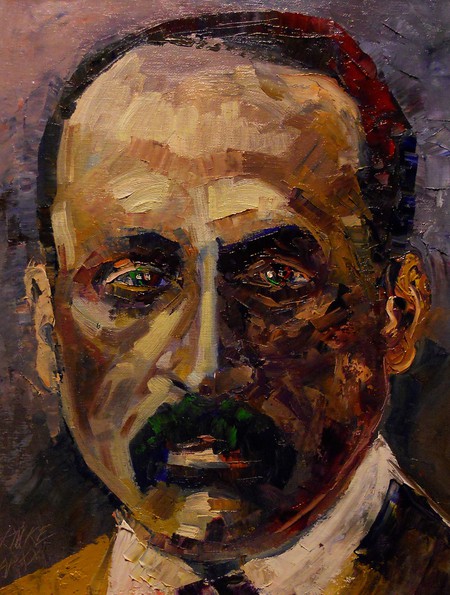 It was Rilke’s uncle that saw the potential to unearth his inherent gifts, and enrolled him in prepatory school. Later, Rilke went on to Charles University, continuing his life in Prague and, now for the first time fully, his literary career. He studied literature, philosophy and history in Prague and in Munich. Though Rilke never got his degree, his education was satiated by his thirst and curiosity of knowledge. His attendance at multiple universities and his exploration of many educational avenues awarded him an unofficial scholarly title.

This period became one of Rilke’s formative experiences. He was away from his parents, and could be an individual. It was here that he met Lou-Andrea Salomé in Munich. Despite her already being married, Rilke and Salomé engaged in a torrid and artistic love affair for several years. She was the one who encouraged Rilke to go by Rainer instead of his birth name René. As an older woman who was overwhelming in her sexuality, Salomé was able to steal many hearts, and she did. She would remain one of Rilke’s closes confidants until the end of his life. 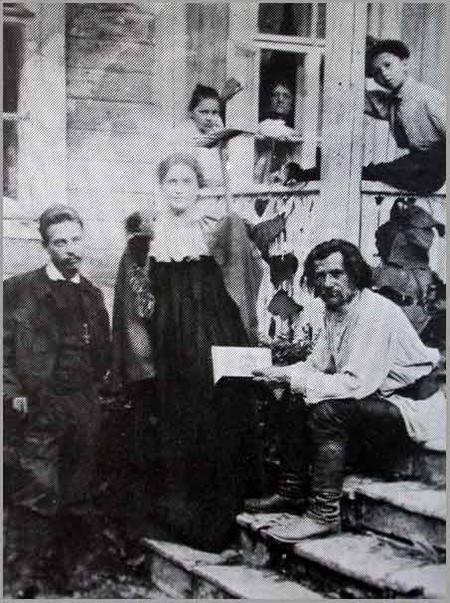 It was through her that was he was able travel to Russia into the calming and impressive presence of Tolstoy. Russia’s landscape and bohemian spirit inspired the young, sensitive man at a time that helped shaped his mental outpourings. At this stage in his life, Rilke was strong enough to form himself as an autonomous individual, while remaining open enough to be shaped by his experiences. Rilke was shifting. He was transforming into the musculature of lyricism and introspection he is loved for today. Russia wasn’t the only place on this young man’s list of expeditions. He also darted off to Italy, again widening the scope of his world. Rilke was able to escape his childhood, his initial circumstances, but the impressions they left became indelible vestiges woven into his narrative. 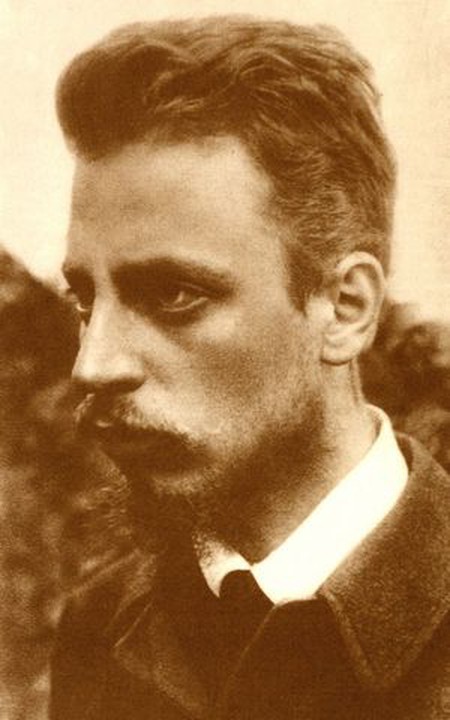 The artist spirit was rife within Rilke and his excursions only enhanced it. In 1900, he lived in Worpswede, getting to know artists like Paula Modersohn-Becker and Clara Westhoff. Worspwede was an artists’ commune in northern Germany that nurtured the often delicate consciousness of those who lived there. This was another important moment in Rilke’s life, as here is where he would meet his future wife, the sculptor Clara Westhoff. Their marriage cooled as it aged, starting off as a homage yet interpretation of the ritualistic communion, then watered down into an eventual estrangement. Rilke loved what women could do to him, first Salomé then Westhoff, which bled into his evaluation of gender and relationships in his writing. Despite what he saw through his own parents’ marriage, after sifting through time, experience, and conviction, like most artists of the 20th century, Rilke came to realize love was the only idea worth writing about. His focus was on the archaic and symbiotic relationship of men and women: notions that plagued and intrigued him. 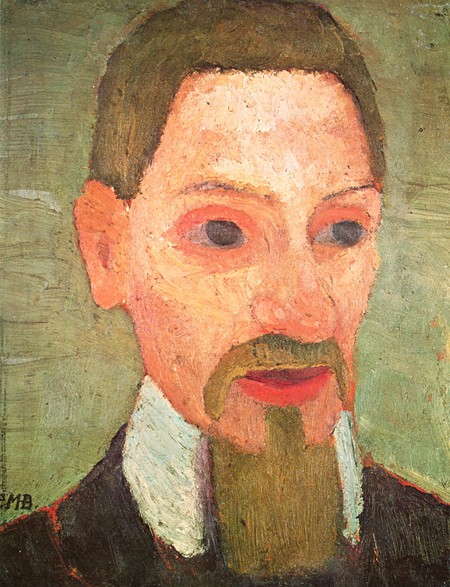 Paula Modersohn-Becker (1876–1907), an early expressionist painter, became acquainted with Rilke in Worpswede and Paris, and painted his portrait in 1906. / | © wikicommons

Rilke’s zest for life only continued to grow as he moved to Paris in 1902. Initially, as fate would have it, Rilke’s time in Paris would bring difficulty. But this hardship would be reflected in his only novel The Notebooks of Malte Laurids Brigge. He would work as Rodin’s secretory, deepening his interest and exposure to Modernism. He also rubbed elbows with Cézanne during his time in Paris. Rilke had no shortage of impressive influences in his life. Everything he was exposed to was molding his vision and his artistic voice.

Rilke, thanks to his poetic sensibilities coupled with his ripened sensitivity from a loveless childhood, made him psychologically frail. Unlike his contemporary Kafka, he couldn’t steady the perfunctory work routine with his writing. He couldn’t balance the two, one would always suffer. When he tried to take a desk job for the Austrian Army during World War I, his friends rallied to get the suffering bohemian discharged after six brief months. To escape the post-war bedlam, Rilke took up an invitation to lecture in Zurich where his writing could begin to revive itself. He stayed writing in both fecund and futile times throughout Switzerland for years, eventually struggling with health problems that ultimately killed him. It was leukemia that took him in 1926. 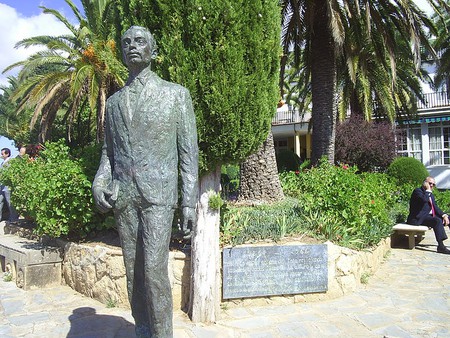 Monument to the poet Rainer M. Rilke in the city of Ronda, Spain | Wwal / © wikicommons

The themes in Rilke’s writings are always discussed, dissected, and kaleidoscoped into various meanings. Rilke’s self-awareness is biting, and his ability to plant harmony so imperceptibly into his writing is uncanny. Psychoanalytic undertones and introspection both personal and grand punctuate his mastery. Rainer Maria Rilke was composed of his circumstances without being bound to them. His motto clearly delineates this ‘to work is to live without dying’. Through experience, he created and through his creation, he is immortalized.