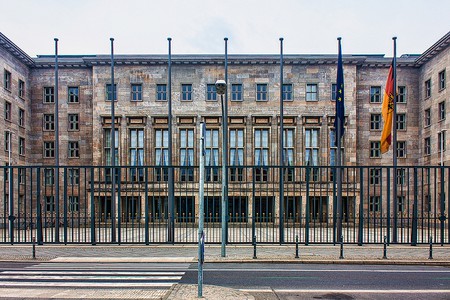 It is important to remember the horrors of the Third Reich, so that the lesson stays in public consciousness and these harrowing events never repeat themselves. While everyone goes about remembering such things in different ways, some find it important to revisit the sights where the evil acts themselves were carried out. Here are former Nazi buildings around Germany that can still be visited today.

Before WWII, when the Nazis assumed power, Hitler agreed to host the 1936 Summer Olympics in Berlin, at the insistence of his propaganda minister, Josef Goebbels, who saw it as a prime publicity opportunity for Germany. Among other major projects initiated to make the Third Reich look good, the Olympiastadion was constructed. This massive stadium could hold up to 110,000 people, and during the Olympics, it indeed did. One of the most notable aspects of these games was when Jesse Owens, and African American athlete, totally dominated the event, winning several gold medals and embarrassing Hitler who placed so much faith in his racist ideologies of eugenics. Today, the Olympiastadion is the home field for Hertha BSC. 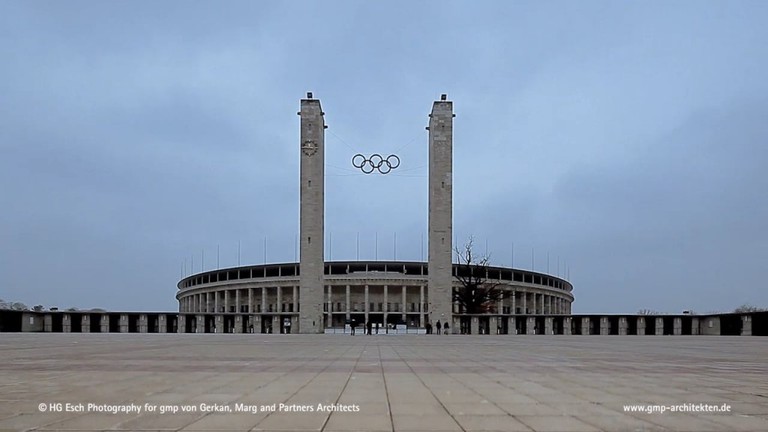 Intentionally, the site of Hitler’s Führerbunker is easy to miss. Located on a shabby old car park surrounded by Soviet-era prefab apartments and office buildings, nothing save for a small descriptive panel marks this spot as anything notable. This was done in order to articulate what the German people thought of the man who brought unspeakable horrors to the world in the name of nationalism. They don’t want to give Hitler’s final resting place any sense of dignity, to indicate how it is that Germans today feel about him. Further, the plaque didn’t appear at this spot until 2006 because the city didn’t want to attract neo-Nazis to the site of the bunker where Hitler spent his final days. 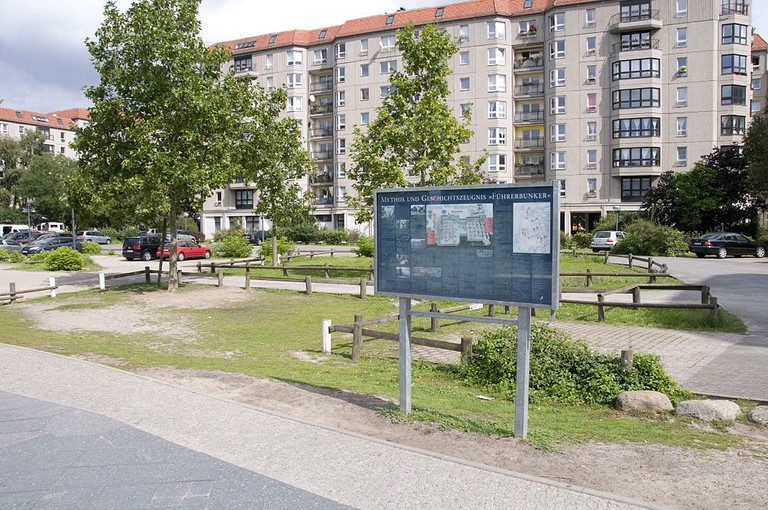 The Ministry of Aviation

The massive Nazi Ministry of Aviation is a sound example of fascist architecture from this time. Its aesthetics are stark, uniform, and somewhat Romanesque. While at first it might seem peculiar, considering the 90% of the city was destroyed by the end of WWII, the Ministry of Aviation in Berlin still stands today, having incurred minimal damage during the many air raids. Many theorize that this is because the building contained many important documents to the governing and functioning of the Third Reich and the Nazi military, and the Allied forces wanted to preserve these records to use in trials against the regime’s important figures. Now, the building is used as the German Finance Ministry. 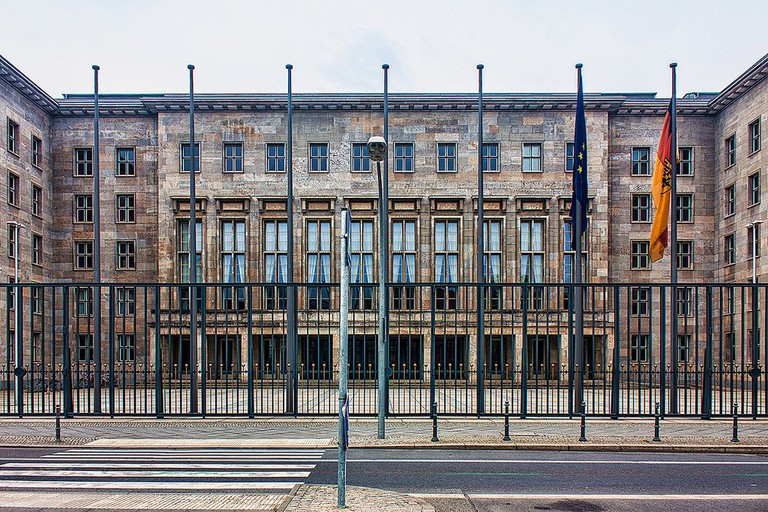 This stately looking building located on the Wannsee was where the final solution, or the mass deportation and extermination of Europe’s Jews, was devised. It is said that 15 members of the SS and the Nazi government met here on January 20, 1942. In true testament to the banality of evil, historians say that the planning was highly shrewd and technical, with accountants and other bookkeepers playing an integral role in its conception. Now, the building is a museum and memorial. Educational seminars about the European genocide and the sociology behind the rise of the Third Reich are also available here. 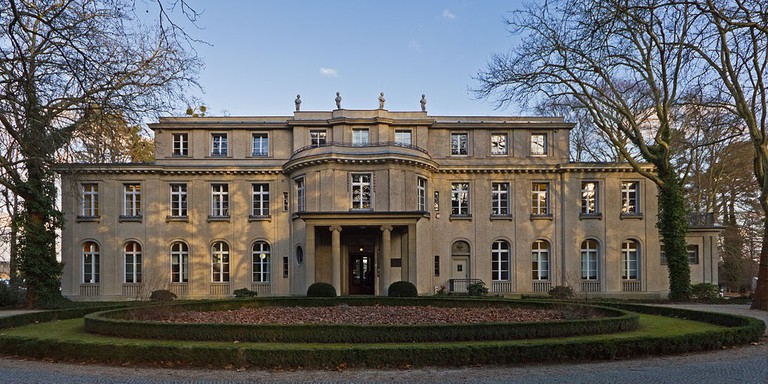 Of course, the Nazis occupied and constructed many buildings where horrid human experiments and euthanasia took place on some of society’s most vulnerable members including children, the mentally ill, and people with disabilities. Multiple psychiatric hospitals were the sites of these despicable murders including the Hadamar Euthanasia Center in Hesse. Today, tourists can visit this eerie basement where 15,000 people lost their lives at the hands of despicable ideologies. These rooms have been turned into a memorial, along with a garden that was cultivated over the site of the victims’ mass grave.

The NS-Ordensburg Vogelsang, or the ‘National Socialist Order Castles’ in English, was a massive building complex spanning across 50,000 square meters that was constructed in 1934. The full construction of these buildings was never realized, including the ‘House of Knowledge’ and an enormous hotel. These places were where Nazis received their training. Since 2006, it is still possible to visit the old training center in Eifel National Park outside of Schleiden, a small town in North-Rhine Westphalia. This is the largest surviving examples of National Socialist architecture and features statues and other motifs associated with the era.

Sachsenhausen, is a concentration camp located near Oranienburg, a town located northwest of Berlin. While it was certainly a death camp by anyone’s standards, Sachsenhausen tells a different story than most of the most well-known concentration camps throughout Europe. Specifically, it was primarily used to detain political prisoners beginning as early as 1936. Many Soviets, in particular, were executed at this camp. Because of its proximity to Berlin, Sachsenhausen also functioned as a training center for the SS. Around 30,000 people died as victims of Nazism at Sachsenhausen. Rather ironically, after WWII ended, the Soviets used the facility as an internment camp for Nazis and those suspected of Nazism. Now, Sachsenhausen serves as a popular day trip for tourists visiting Berlin. 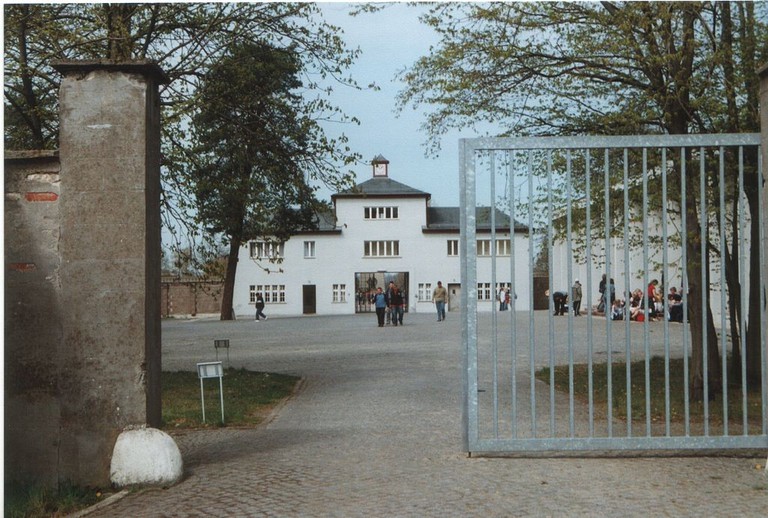 Dachau, which is located outside of Munich, was one of the first concentration camps built in Germany. Initially, it was intended as a place for political prisoners and other opponents of the Nazi Regime, ultimately being converted into a death camp. Dachau was used as a prototype for creating the other concentration camps throughout Europe. In addition to Jews, other enemies of Nazism, including various kinds of criminals as well as people from Nazi-occupied countries, were sent to Dachau, with each group demarcated with different colored tags and symbols. Untold numbers of deaths took place here, with 32,000 recorded and many more not. 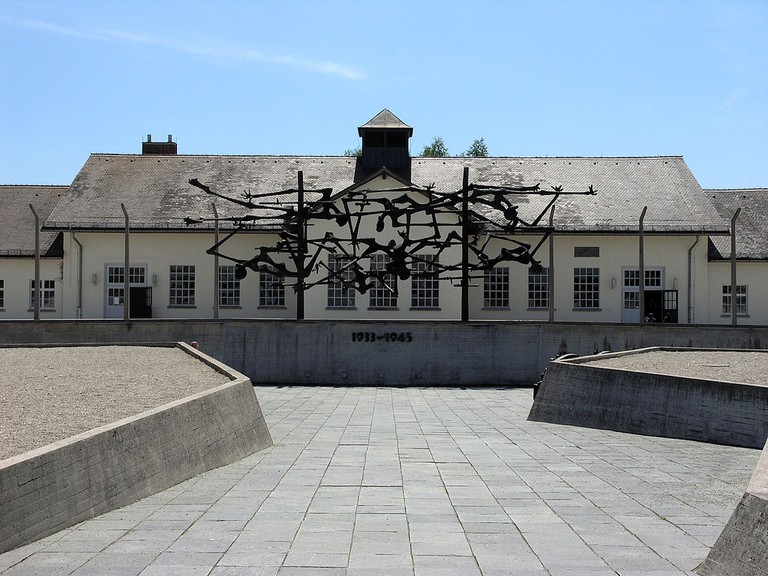 Bergen-Belsen, a concentration camp located in Saxony, is best known as the place where Anne Frank died of typhus, which was rampant at the camp, and many who fell ill at other concentration camps were also transported here. Tens of thousands were at the camp at the time of liberation, and many more inmates were killed at Bergen-Belsen within only five years. Upon its liberation by British and Canadian forces on April 15, 1945, Bergen-Belsen became a symbol for the extent of the horrors that Nazism had inflicted to Europe. It is now a protected site and memorial where guided tours are offered. 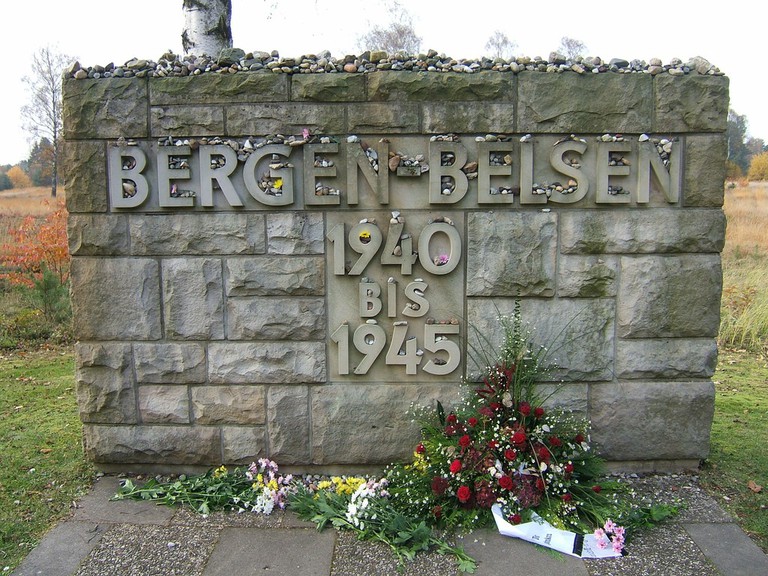