How to Spend A Rainy Day in Munich

Residenz | © Julian Herzog / Wikimedia Commons
Don’t let a little rain spoil your trip to Munich — there’s so much more to see and do than the Englischer Garten. Whether you want to relax and listen to music, or learn more about the city’s history at one of the many museums, there’s always something to do. Here’s our pick of the best rainy-day activities that will leave you happy the clouds appeared.

Check out the Botanical Gardens

Botanical Garden
Munich Botanical Gardens | © Roanna Mottershead
A garden might seem a strange suggestion for a rainy day, but if your visions of sunbathing in the Englischer Garten have been rained off, the Botanical Gardens are the perfect substitute. As well as the enormous gardens, there’s a huge greenhouse complex, home to everything from palm trees to terrapins. There’s also a restaurant serving full meals, alcoholic drinks and excellent ice cream. Open almost everyday until early evening, it’s a bargain at only €4.50 a ticket for adults.
More Info
Open In Google Maps
65 Menzinger Straße, Neuhausen-Nymphenburg München, Bayern, 80638, Germany
+498917861321
View menu
Visit website
Visit Facebook page
Send an Email
Give us feedback

Munich is a city of film buffs. As well as large commercial cinemas showing blockbusters, there are many arthouse cinemas showing foreign language and independent films. For mainstream films in English, try the Cinema Filmtheater. For something a bit different, check out the retro Museum Lichtspiele – it’s been going since 1910, and shows the Rocky Horror Picture Show every Friday and Saturday night at around 11pm.
Museum Lichtspiele, Lilienstraße 2, 81669 München, Germany +49 89 482403
Cinema Filmtheater Nymphenburger Str. 31, 80335 München, Germany +49 89 555255

You won’t even need to put your umbrella up to dash from the exit of Odeonsplatz underground station straight into the prestigious Residence. Though it started as a modest castle in 1385, subsequent rulers have added to it, turning it into a grand palace and gardens. Today, it’s a vast complex of exhibitions about Bavaria’s history, and also plays host to classical concerts and music competitions. Except for a handful of public holidays, it’s open daily until 5.00 or 6.00 depending on the season. Leave your luggage at the hotel though — there are strict rules about bringing large bags into the palace.
Residenzstraße 1, 80333 München, Germany +49 89 290671 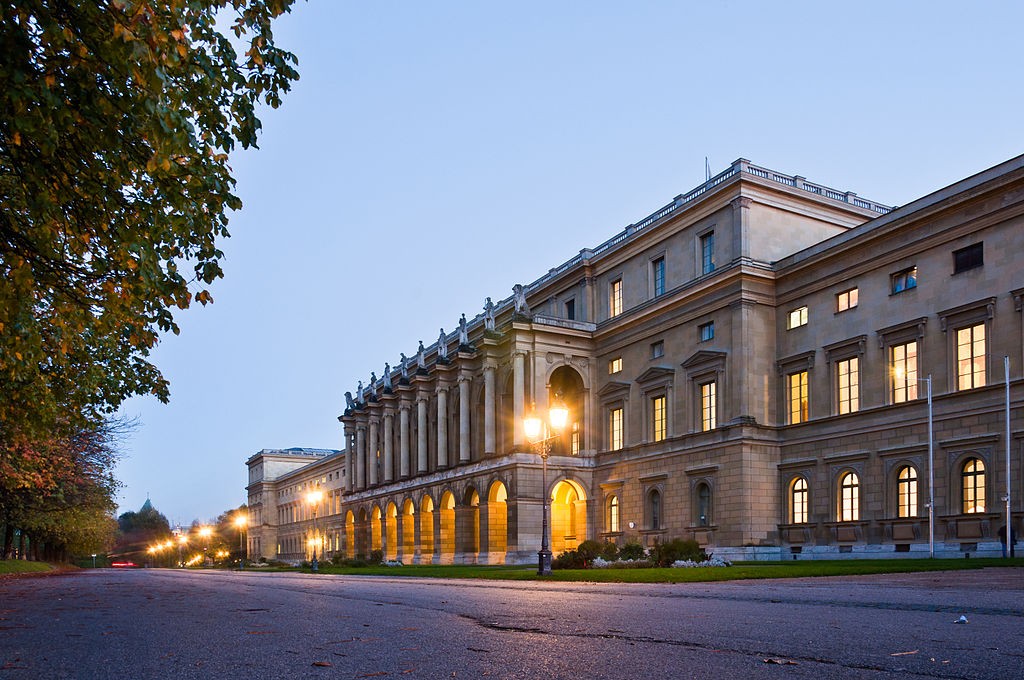 Museum Brandhorst opened its doors only in 2009, but has already become an established part of the Munich art museum trail. Rather than packing the hyper-modern building full of exhibits, the museum has wide-open galleries and vast white walls. It’s permanent exhibitions include works by modern art icons including Damien Hirst, Joseph Beuys, and Andy Warhol, including his ‘Marilyn’ portrait. Make the most of €1 entry on Sundays, and avoid Mondays, when the Brandhorst is closed.
Theresienstraße 35a, 80333 München, Germany +49 89 238052286

A humble swimming pool might not sound like must of a destination, but the beautiful art nouveau Müller’sches Volksbad on the banks of the Isar shouldn’t be missed. Ever since it opened in 1901 it has been a public pool, and today it’ll still only cost you €4.40 to take a dip. Saunas are an important part of German culture, and you’ll find a Roman steam bath as well as a Finnish-style sauna with colourful lighting to steam away the chill of a rainy day. You’ll need to make like a Münchener though and leave your bathing suit at the door — in most saunas, swimwear is banned.
Müller’sches Volksbad, Rosenheimer Str. 1, 81667 München, Germany +49 89 23615050 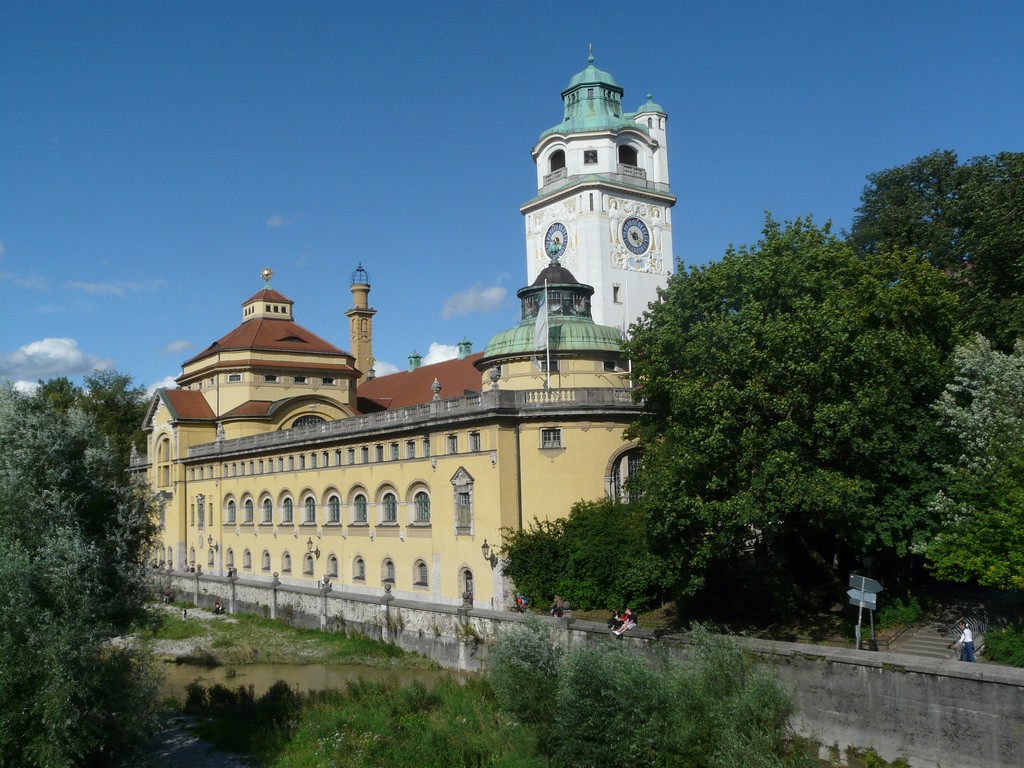 You know beer’s important to a city when there’s a state-run brewhouse. The famous Hofbräuhaus dates back to the sixteenth century, and offers the quintessential German beer-hall experience complete with live brass band. Oktoberfest rules apply: you won’t get served without a seat, so expect to charm your way onto the end of a table and share space. If possible, avoid Friday and Saturday nights; as one of the most popular tourist attractions in Munich, it can take over 45 minutes to find a table and get a beer.
Platzl 9, 80331 München, Germany +49 89 290136100

Museum
One of the impressive Neoclassical buildings of Königsplatz is the Glyptothek. This beautiful building claims to be the only museum in the world dedicated solely to ancient sculpture. Visitors are free to wander among the exhibits and get up close to the past. Far from being a stuffy traditional museum, it feels like an art gallery and prides itself on interesting modern twists – they currently have modern replicas of key statues carved from wood with a chainsaw. Your entry ticket will also get you into the State Collection of Antiques in the building opposite, and it’s just €1 on Sundays.
More Info
Open In Google Maps
3 Konigsplatz, Maxvorstadt München, Bayern, 80333, Germany
+4989286100
View menu
Visit website
Visit Facebook page
Send an Email
Give us feedback

If it’s still raining in the evening, there are many live music destinations to choose from in Munich. Munich Sessions is the brainchild of Aussie expat Jackson Lynch, and introduces crowds to signed and unsigned artists at its easygoing evenings. The line-up includes both international and local performers. Depending on the month, you could end up seeing a mellow acoustic guitarist, or an upbeat funk band – check out the line-up. It takes places twice a month at Lost Weekend – a vegan coffeeshop by day, poetry, open mic, and live music venue by night.
Schellingstraße 3, 80779, Munich, Germany +49 89 28701881